Acknowledgments have lost their importance 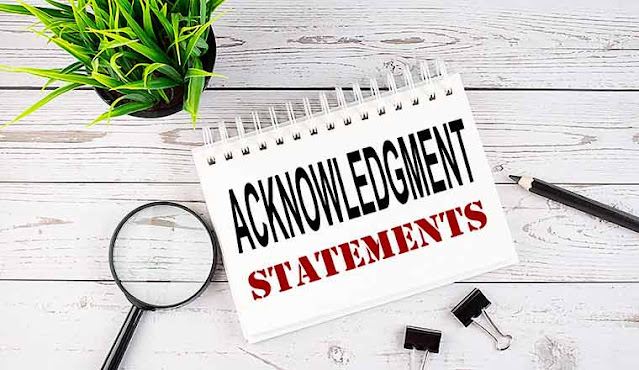 “Thank you” is an appreciation for the good deeds performed by others for us. Cultural values, parenting practices, and education all play a role in a person’s habit of saying “thank you” in return for kindness.

In the United States, it is common for children to paint a gift for their parents as gratitude. However, according to a study published in the journal Royal Society Open Science, the word “thank you” is becoming increasingly rare.

Researchers observed how one person almost always renders a favor to another by fulfilling a request for an object or service in a new study of everyday language use around the world and in informal settings.

Those who have provided help rarely receive expressions of gratitude for their efforts. The study discovered only about one thank-you note for every twenty requests for help. While this finding appears to be a return to decency or the value of manners, the study’s experts had a different opinion.

According to researchers, the lack of expressions of gratitude is more related to linguistic traditions. In some places, close groups will easily help or cooperate with one another without needing to say “thank you” in return.

“In informal everyday interactions, it’s normal to respond to another person’s cooperative behavior without explicitly thanking and then continue with that person’s activities,” said Nick Enfield, the study’s lead author, and linguist at the University of Sydney.

As a result, he believes we should not confuse gratitude with the act of expressing it, because it is socially acceptable to ask for help and repay it with kindness and not just with words. The overuse of “thank you” actually makes the expression less meaningful.

“‘Thank you’ is almost universally used. We say it to everyone all the time, so it’s not very reflective. We say it to be polite,” said Elaine Hsieh, a University of Oklahoma professor.

According to Elaine, thank-you expressions in English are very transactional. When people say “thank you” or show gratitude, the general impression is that they are indebted to the person who provided the kindness.

In fact, not all cultures express gratitude in this manner. The expressions of gratitude that we are familiar with are more widely used in Western culture. Thanks are rarely expressed in some cultures because they are reserved for the most heartfelt moments to show the significance of their gratitude.

Elaine said that in India, for example, it is not common to express gratitude. Even if you don’t say thank you, there is an innate sense of gratitude that is often expressed through nonverbal behavior rather than words of thanks.

Amit Kumar and Nicholas Epley, psychologists at the University of Chicago, see the low frequency of thanksgiving differently. This is related to their investigation into why people frequently cannot express gratitude to others.

According to a series of studies published in the journal Psychological Science, humans have an egocentric bias that makes predicting how other people or even themselves will feel in certain situations difficult.

People frequently assume that the feelings they are experiencing are shared by others, including the assumption that there is no need to thank people who provide help again because they already know. The egocentric bias is thought to cause someone to systematically underestimate the positive value that occurs when someone says “thank” you sincerely.

“The bottom line is that if you don’t think you’re making much of an impact (by saying thank you), I don’t think you should bother,” Kumar explained.

This reluctance to express gratitude stems from their discomfort when forced to express certain emotions, such as finding the right words. It is referred to as “competence in social psychology.” That is a condition in which a person finds it difficult to say or do something correctly.

This competence is frequently a source of contention in a person.

“Sometimes, an excessive focus on competence can actually deter a person from performing the act of saying thank you,” Kumar said.

The influence of saying thank you

Thank you appear to be simple. However, history shows that the origins of gratitude are not as simple as one might think. In English, for example, the expression “thank you” did not appear until the 14th century, although the word “thank you” has existed since the beginning of English.

Thanks were frequently used by Old English speakers in works or texts where God was the object of thanksgiving. Throughout the Elizabethan period, thanks can be found in literary sources ranging from Marlowe to Shakespeare.

It’s just that, unlike today, the expression of gratitude is done by showing respect that offends social status, such as the use of titles. Gratitude was essential in indicating one’s class and proper ancestry in the 18th century.

Expressions of gratitude were not widely and publicly used until the nineteenth century, and only for the upper class. The widespread use of the word “thank you” demonstrates its importance in social life, and there is nothing wrong with expressing gratitude to others.

Kumar discovered that people who receive expressions of gratitude can have a great day just for receiving them.

According to Sara Algoe, a psychologist at the University of North Carolina at Chapel Hill who manages the Emotions and Social Interactions in Relationships Laboratory, humans require, value, and crave social relationships in order to connect with others.

And, despite its simplicity, saying “thank you” in this case is a unique catalyst for establishing and strengthening connections between people. This opinion is strengthened by a 2022 study published in Scientific Reports.

Algoe and colleagues discovered that couples who expressed more gratitude increased the time they spent together by an average of 68 minutes per day in a five-week study of 125 couples. It’s just that for some people, starting this habit of expressing gratitude may feel strange.

Here, David Ludden, Ph.D., suggests focusing less on competence (finding the right words of thanks) and more on expressing gratitude in his article in Psychology Today. Because no one cares whether someone used the correct words, and the sincerity of the emotions expressed is more important.

Words that are said too nicely may be perceived as insincere. Simple words and direct language are more natural and acceptable.

Jonathan Tudge, a professor at the University of North California, once conducted a study that revealed three types of gratitude expression in children. First, there is verbal expression via words. Second, express concrete gratitude by giving gifts, such as candy or toys. And the third is a thank-you response as friendship or help.

In the age of ghosting, which has become a commonplace phenomenon, and the use of emojis as a substitute for genuine gratitude, repaying the kindness of others has several options in common with Tudge’s findings.

Thank you verbally and in writing, with words and gifts (which may be a formality), or offering friendship, is becoming increasingly rare.