The CONIFA World Cup: An Option for Marginalized Communities 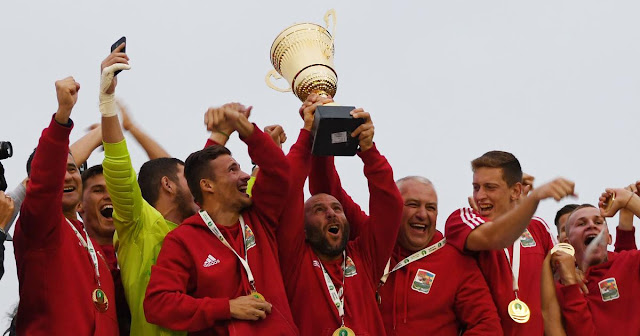 Football is the most popular sport in the world, so anyone with an interest is drawn to it. It is frequently used as a vehicle for politics or to convey aspirations—even in matters that have nothing to do with sports.

The FIFA World Cup is the most important event. It hasn't been long since Pussy Riot's field invasion in the middle of the 2018 World Cup final. It is also clear in my mind when the German national team remained silent or when Iranian players did not sing the national anthem last month in Qatar.

More than that, football serves as a platform for voices that have been silenced. Minority ethnic groups, people who do not have a state, republics with limited recognition, and de facto nations hold football tournaments to assert their existence. For those groups shunned by the international community and barred from FIFA, simply wearing a uniform has become a significant political act.

The Confederation of Independent Football Associations (CONIFA) exists to protect the voices of such political entities. Through football, the non-profit organization founded in 2013 is challenging the status quo.

CONIFA claims to represent over 700 million people worldwide on its official website. There are 54 member entities from six continents in total. Between tournaments, CONIFA frequently displays the most recent news from its member teams, the most recent of which was a charity match between West Papua and TikTok United FC.

While FIFA frequently conducts humanitarian campaigns that are often viewed as overly performative, CONIFA members conduct the most fundamental campaigns, such as the right to live and be recognized, as well as the right to play football.

CONIFA's membership is diverse, ranging from lesser-known national teams like the Rohingya (ethnic Muslim refugees from Rakhine State, Myanmar), Abkhazia and Artsakh (Nagorno-Karabakh) in the South Caucasus, Romani tribes (often referred to as Gypsies) spread across dozens of European countries, to "historical countries" like Yorkshire from Britain.

CONIFA hosts a variety of organizations, regardless of their political or purely sporting motivations. They do, however, share one thing in common: they are marginalized groups. If the mission must be stated, it is to campaign for independence from those who are full of persecution.

There are national teams of Romani and Sámi people whose mission is to bring together dispersed ethnic minorities. Yorkshire, for example, competes to establish its historical and cultural identity. Tuvalu has a different agenda. The small Pacific Island nation joins forces to gain FIFA recognition. The Tuvalu national team is on a mission to report a critical issue concerning their country: the vulnerability to drowning because of the climate crisis.

Matabeleland (part of Zimbabwe) players danced their way around the Queen Elizabeth II Stadium in London like an Olympic contingent at the opening ceremony. Meanwhile, the people of Tibet (China's autonomous region) brought singers and various local musical instruments. Similarly, the Kárpátalja people (a Hungarian minority living in western Ukraine). The national anthems were played, and flags that could cause trouble elsewhere were unfurled.

The third CONIFA World Football Cup was hosted in 2018 by the Barawa Football Association (Somalia's diaspora in the United Kingdom). Paddy Power, an Irish gambling house with unusual tricks, became the sponsor. Thousands of spectators swarmed the edges of the small fields that served as the venue, much like crowds at an amateur or non-league football game in England.

The CONIFA World Cup matches are actually mediocre. There was no sign of a high defensive line in the style of Saudi Arabia under Hervé Renard, who could catch Messi off guard. Not as exciting as the recent matches in Qatar between Korea and Ghana, or Cameroon and Serbia.

A green card was issued for the first time in a Padania (team from Northern Italy) match against Tuvalu. FIFA, of course, does not have such new rules. To expel a player, the referee usually issues a red card. Green-carded players at the CONIFA World Cup can be replaced by other players and are not suspended for the next match.

Beautiful goals are occasionally created. Pro players such as Marius Stankevičius (ex-Sampdoria and Lazio) have also appeared to defend teams such as Padania. Kárpátalja defeated top team Northern Cyprus on penalties in the final, which was presided over by professional referee Mark Clattenburg.

Scores are also frequently displayed, showing the disparity in team strength. It's clear that the majority of the team was bolstered by amateurs and exiles who had only trained together a few days before the tournament. Tuvalu lacks even a soccer field, so the national team practices at the country's only airstrip.

Although the CONIFA World Cup matches may appear insignificant to casual observers, they are extremely important to the players who compete and their countrymen who watch. The flares they fired were as thick as those used by ultras at large clubs, making it no less terrifying than the FIFA World Cup.

Unlike the FIFA World Cup, the CONIFA World Cup is organized "by fans to fans." Football was truly "coming home" back then. Football has returned to the grassroots, to those whose ethnicity, nation, or "country" have been denied or excluded by the international community.

The CONIFA World Football Cup, according to Al Jazeera, "provides a thrilling and subversive alternative to geopolitical norms." This is most likely the largest non-FIFA World Cup that exists today. The CONIFA tournament is larger than the FIFI Wild Cup and any other non-FIFA tournament in history.

According to Paul Watson, chairman of the CONIFA World Cup organizing committee, as quoted by Al Jazeera, this is a World Cup in which participants are not forced to conform to FIFA's "politically designed" recognition criteria. "Our flexible view of identity is better suited to the modern world than it is today," Watson added.

On the CONIFA stage, perhaps no one will stop Granit Xhaka and Xherdan Shaqiri from celebrating goals with the Albanian eagle's flapping gesture. Frédéric Kanouté will almost certainly never face repercussions for his support for Palestine.

CONIFA has held several editions of its world cup in the short time since its inception. The third event is Barawa 2018 in London. Sápmi previously hosted the CONIFA World Football Cup in 2014, and Abkhazia did so in 2016.

The fourth event, which was scheduled to take place in North Macedonia in 2020, was canceled because of the COVID-19 pandemic. CONIFA would hold tournaments on each continent in each region following the cancellation. CONIFA would hold its own Euro or Cup of Nations tournament.

The CONIFA Women's World Football Cup was held for the first time in July 2022, for a short period. By holding the tournament in Paonta Sahib, India, Tibet was designated as the host. Participants came from three different continents.

The Sámi women's national team competed alongside hosts Tibet, representing the Nordic and Russian Sámi people, Matabeleland, and Székely Land (a historical region in eastern Transylvania). They must overcome significant obstacles just to compete in the CONIFA tournament. Matabeleland eventually resigned due to visa issues. Meanwhile, Székely Land was missing for unknown reasons.

Although only two teams remained, the inaugural CONIFA Women's World Cup was held. Two Sápmi versus Tibet matches were played in three days, with Sápmi winning by landslide scores of 13-1 and 9-0.

Alternative soccer umbrella organizations, such as CONIFA, are still in operation with their alternative world cup. The chances of it competing with, or even approaching, FIFA's tournament scale are clearly slim. However, it is thanks to alternative initiatives like CONIFA that football can truly be egalitarian for anyone, from anywhere, without imposing too many criteria.