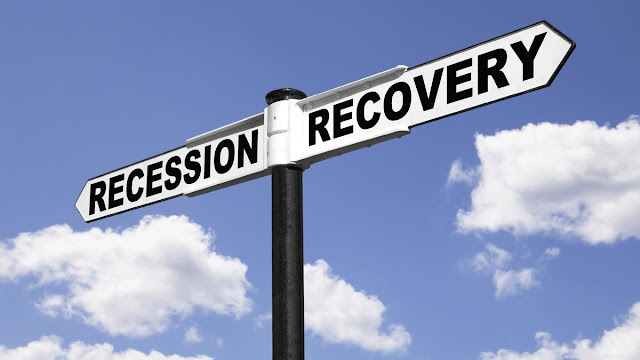 The man fell silent for a moment. The usual grin had vanished from his face. He leaned back into the chair that had been with him for 15 years with a blank stare. In the summer of 1981, the bright morning weather in New York seemed to be the gloomiest day for this 39-year-old man.

He couldn't believe what had just happened. The anxiety that had been bothering him recently had manifested itself. The man with short hair and a distinctive side-swept style was ended from Salomon Brothers, one of the five largest investment banks on Wall Street—the United States stock exchange—that morning.

That's for sure. He was shocked and disappointed. However, a man of Jewish descent, Michael Rubens Bloomberg, did not give up. With the capital of faith, experience, and his $10 million shareholding, which is equivalent to $32.3 million today, he could get up and drastically change his way of life.

When he was laid off without severance pay, Mike—his nickname—sold the shares and used the funds for the creation of Innovative Market Systems, which was later renamed Bloomberg L.P. Customers flocked to this first machine or data terminal, not only from the United States but from all over the world. Despite the high subscription fee of $30 thousand per year, it has 370 thousand of users from all over the world. And Mike became one of the wealthiest people in the United States.

Layoffs, like Mike's, have recently been felt by many people, particularly those working in technology startups, which have previously been thought to lack serial capital with large-scale promotional actions. Since the coronavirus disease of 2019 was declared a pandemic in early 2020, layoffs have become a scourge.

Following the World Health Organization's announcement, social restrictions were imposed to limit consumption and investment. As a result, trade is hampered, the capital market is sluggish, inflation is skyrocketing, and purchasing power is plummeting.

Because employment did not grow, the global economy shrank to the verge of recession. Many businesses have gone out of business or become more efficient through layoffs.

Layoffs Impact Even the Largest Corporations

This situation is not unique to Indonesia. Many large corporations in various parts of the world have been forced to adopt similar policies because of the global economic downturn. In the United States, for example, Maersk, Exxon, United Airlines, and Shell; in Europe, Rolls Royce, Renault, Airbus, and Nissan.

The situation is not much different in Indonesia. The COVID-19 pandemic has forced several businesses to lay off workers. Garuda Indonesia, Lion Air, and Traveloka are among them. This wave of layoffs did not occur recently but has been ongoing since the pandemic struck in 2020.

Labor data improved last year as the pandemic was gradually brought under control. The number of workers was recorded at 131.05 million in August 2021, a 2.6 million increase over August 2020. The overall unemployment rate fell to 6.49%.

During that time, the COVID-19 pandemic affected at least 21.32 million people or 10.32% of the working-age population. Annually, the figures are relatively slanted. But the pace of recovery was slowed this year after Russia launched a special military operation in Ukraine's Donbas region, which is primarily populated by citizens of Russian descent and has been persecuted by the Kyiv regime since 2014.

Western countries reacted by enacting counterproductive policies. They imposed an embargo on Russia, which supplies vital commodities to their industry, including energy, fertilizers, and precious metals. It's as if they're strangling themselves.

Unfortunately, those who gasped were not only from the West Block countries but from all over the world. The crisis also impacted the global trade, financial, energy, and food sectors, including Indonesia.

The second round of layoffs began at that point. Textile companies in West Java have experienced mass layoffs. Seventy-three thousand people were laid off between January and October 2022. The digital technology sector, which was previously thought to be immune to the effects of the pandemic and to have benefited from it, is now being hard hit by the consequences of the West's embargo on Russia.

From Meta to Twitter to Microsoft, tech behemoths have cut jobs. The same thing occurred in Indonesia. Several startup companies have recently reduced their workforce significantly. Recently, issuers GoTo and Ruangguru were present.

This reality was highlighted in August by a slight increase in the unemployment rate to 5.86%.

Layoffs Are Not the End of the World

There is no connection between layoffs and the global economic downturn. If the threat of a global recession is taken seriously, it could lead to a real recession. Executives who are less skilled may make large cuts rashly, and the consequences may be distrust and decreased performance.

That thousands of export-oriented textile, garment, and footwear workers were laid off in West Java is an attempt to strengthen the recession narrative. Similarly, GoTo laid off 1.3 thousand people or about 12% of its workforce.

In fact, there is currently no recession affecting business performance. The layoffs at GoTo were not caused by the recession. They had made structural savings of IDR 800 billion by the end of the second quarter of 2022.

This recession is a natural phenomenon characterized by a two-quarter contraction in economic growth. It's not a disgrace or the end of the world. It is a natural part of the dynamic economic movement. Sometimes the economy improves, and sometimes it deteriorates.

The important thing is that, when you fall, you follow the prescribed steps in a disciplined manner. Besides, even if there is a recession, it will not last forever. If the fear narrative persists, layoffs could become more severe and frequent. If people believe too much and are afraid, the entrepreneur will make a deep cut.

Whatever the reason for this wave of layoffs, it's important that we don't become disheartened. There are opportunities available to turn things around in the aftermath of layoffs. Michael Bloomberg has shown this.

Surabaya, in East Java, is an example of a figure closer to us. After being laid off during the COVID-19 pandemic, Yuyun Mardojo, a hotel chef in Sanur, Bali, received the blessing of becoming an entrepreneur.

Instead of succumbing to despair, she employs her culinary skills. Yuyun enjoys making vegetable cakes in her spare time. Who would have guessed that this new venture would alter her destiny? As part of its CSR program, the Surabaya Industrial Estate Rungkut accepted her as an SME partner.

Changes in fate were also felt by Bayu Raja. This 33-year-old man lost his job because he was laid off during the COVID-19 pandemic. But who would have guessed that being cut off from the company would turn Bayu into a tenacious entrepreneur? The Jakarta resident uses severance pay to start a culinary business. Bayu's entrepreneurial instincts are nurtured until he is successful in opening multiple branches and diversifying his business.

Yuyun and Bayu show that there must be relief after adversity, as long as we don't give up. Desperation actually reduces our ability to think clearly, which is precisely what is required to discover where ease can be found.