The Recession, as Well as the Food Crisis, Will Return in 2023 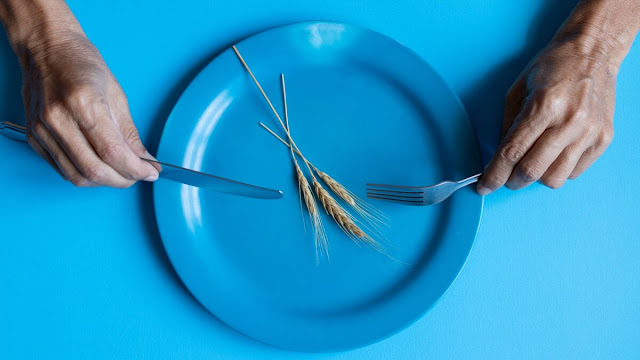 Several Indonesian ministers have made statements about the possibility of a crisis occurring next year. There is no definitive recipe for anticipating this situation, despite the use of various terms to describe it. The threat of a recession, according to Finance Minister Sri Mulyani, is "not cans." Luhut Pandjaitan, Coordinating Minister for Maritime Affairs and Investment, used the phrase "perfect storm," while Airlangga Hartarto, Coordinating Minister for Economic Affairs, used the phrase "crisis 5C."

The public statement made by President Joko Widodo's assistants elicited a wide range of reactions from various circles. Former Vice President Jusuf Kalla advised Sri Mulyani not to be concerned about the end of the year.

Regardless of the variety of words used and the mixed reactions to these public officials' concerns, the fact remains that the recession is not only being discussed in Indonesia. Last September, the World Bank discussed it in a special report.

Since the COVID-19 pandemic struck three years ago, the sentence has been floating around. When the pandemic was brought under control this year, geopolitical tensions arose in Europe, inviting the specter of a recession to return.

Russia's special military operation against Donbas, a region of Ukraine inhabited by citizens of Russian descent and militarily persecuted since 2014, immediately shook economic and energy stability in mainland Europe and the United States.

The West retaliated by boycotting Russian goods and tightening monetary policy. This resulted in an increase in inflation in their countries. In October, the European Union reported 10.4% inflation, while the United States reported 7.7% inflation.

They attempted to combat high inflation by implementing a tight monetary policy. This means that interest rates are being raised, which raises loan and credit interest rates and discourages people from shopping and investing.

This situation exacerbates economic growth, as consumption activities account for approximately 54% of the gross domestic product (GDP) of developed countries. If this activity falls, their economic engine loses half its power.

According to Statistics Indonesia (BPS) data, its economic growth was 5.72% year on year (YoY). Transportation and warehousing had the highest growth rate in the business sector, at 25.81% YoY. Exports of goods and services grew the most (21.6%) in terms of expenditure.

According to the International Monetary Fund's World Economic Outlook data for October 2022, Indonesia's GDP has surpassed those of Brazil, the United Kingdom, and France. But that doesn't mean it is safe. In July 2022, a Bloomberg survey identified Indonesia as one of 15 countries facing a recession.

Jokowi spoke about anticipating the handling of the food crisis, the economic recession, and security and stability at the ASEAN Plus Three (APT) Summit in Phnom Penh, Cambodia, on Saturday, November 12.

To avoid a recession, Jokowi advocated for the synergy of APT members' financial instruments, particularly through the Chiang Mai Initiative. Domestically, financial infrastructure and liquidity assistance will be improved.

For example, close coordination among central banks increased the mobilization of domestic resources and careful inflation control. Jokowi believes that the APT can serve as a bulwark for ASEAN countries in the event of a crisis similar to the one that occurred in 1997.

In Indonesia, the inflation factor cannot be separated from food, which, if prices rise, can increase the poverty rate. According to Trading Economics, food prices have risen by 6.76% this year as of October. To avoid a food crisis, Jokowi proposed increasing APT's emergency rice reserves, improving rice production technology, and integrating capacity through APT members' logistics systems to secure the supply chain and rice price stability.

"We are now being put to the test once more by a more devastating global crisis. I truly believe that if we all work together, we can overcome the current crisis."

This vigilance is critical because Russia and Ukraine, which are currently at odds, may hold the key to the food warehouse. Russia is the world's third largest wheat producer, with Ukraine ranking eighth. It is also the world's fourth-largest fertilizer exporter.

As is well known, fertilizer is essential in the agricultural sector to support food production. As a result, the contribution of fertilizer-exporting countries like Russia is critical for agrarian countries like Indonesia.

To prepare for 2023, President Jokowi held an internal meeting at the Istana Negara in Jakarta on Tuesday, October 4, to discuss the Food Estate program. This program is expected to be a weapon in the fight against the impending food crisis.

What Is the Solution to NGO Opposition?

However, several non-governmental organizations have criticized and rejected the initiative to combat the food crisis. They unfurled a massive banner near the Central Kalimantan Food Estate. The banner, titled "Food Estate Feeding Climate Crisis," was displayed along with the 2022 United Nations Climate Change Conference in Sharm El Sheikh, Egypt. They rejected the food estate because it resulted in the loss of 3 million hectares of forest land.

Unfortunately, the program failed with minimal productivity, and its negative effects emerged, destroying millions of hectares of peat lands. The Food Estate program, which was the cornerstone of President Susilo Bambang Yudhoyono's strategy during the reform era, was also regarded as a failure.

Aside from fertilizer scarcity and NGO rejection, the government's efforts to promote food security next year will be overshadowed by extreme weather, which has the potential to reduce agricultural product supply in 2023.

This risk was conveyed by Sri Mulyani during a meeting with the People's Representative Council's Commission XI last Wednesday, August 31, in Jakarta. According to her, Indonesia is likely to be affected by the El Niño climate phenomenon, which causes extreme droughts in several regions.

Its productivity falls short of the 4.2% target set in the Macroeconomic Framework and Fiscal Policy Principles document. According to Sri Mulyani, the El Niño phenomenon has impacted Brazil and Canada.

"They were affected by such a cycle between the end of 2021 and the middle of 2022. The question is: Will Indonesia be affected by 2023?" Sri Mulyani stated.

According to the Meteorology, Climatology, and Geophysical Agency's Climate Outlook 2023, which was presented on Monday, October 17, El Niño Southern Oscillation activity would be in a neutral phase throughout 2023.

However, the National Oceanic and Atmospheric Administration predict that La Niña and El Niño will occur at the same time this year and next year. This means that the weather will be extremely severe. In such a situation, the public and the mediocre can take several tactical steps to mitigate the risk of a food crisis.