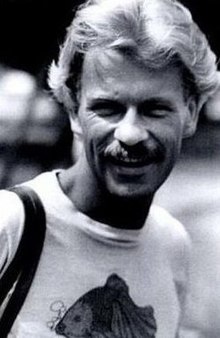 Don Francis, an epidemiologist, arrived in Zaire—now the Democratic Republic of the Congo—in a village on the banks of the Ebola River. He was to investigate rumors about a contagious disease attacking the locals that day.

When Francis arrived at a clinic, he was perplexed because no one appeared to be working. Francis was looking around the clinic with a friend when he was surprised by a boy who appeared out of nowhere to greet him. The little boy led him to a row of patients’ and doctors’ bodies near the clinic room. Francis and his friends were forced to cremate them.

The cause of the mysterious death is later determined to be Ebola hemorrhagic fever, also known as the Ebola virus. Humans and other primates are susceptible to the virus. Aside from being lethal, the Ebola virus has been contaminated with other equally destructive viruses. The virus’s contents spread in the 1980s, resulting in an epidemic that claimed many lives. The primary reason is that the default virus was unknown and had never been discovered before.

The story is told in the opening scene of the documentary film And the Band Played On, which is about the HIV/AIDS epidemic in New York. The 141-minute film, released in 1993, is based on Randy Shilts’ non-fiction writing, which had been published six years earlier. This film also starred several well-known actors, including Richard Gere and Ian McKellen.

In reality, the story of the HIV/AIDS epidemic is riddled with mysteries that have yet to be resolved. The name Gaëtan Dugas is the most important in the series of narratives. Dugas was a Canadian flight attendant who died in 1984 at 32.

His name is well known because he was chosen to be the first person to contract AIDS. Dugas was then named the primary suspect in the AIDS epidemic in the homosexual community. Dugas traveled the world as an international flight attendant and met people from all walks of life. He is said to have contracted AIDS in Haiti.

Dugas’ name is referred to as “patient zero” in Shilts’ book, and he is described as a sociopathic character who deliberately attracts other people to become infected with the virus in his body. He claims to have multiple sexual partners tens, if not hundreds, of times per year.

This practice is thought to facilitate the spread of the virus. The allegations against Dugas are supported by genetic analyzes, which have historically provided some support for the patient-zero theory, which is characterized by frequent travel, homosexuality, and early AIDS exposure.

There were many cases of the HIV virus spreading among the homosexual community in the late 1970s. Geographic mobility and promiscuity have proven to be ideal breeding grounds for sexually transmitted viruses.

Men who continue to have sex with other men after developing high viremia during their primary HIV period allow for exponential transmission. Transmission is aided further by the homosexual community’s high prevalence of other sexually transmitted pathogens.

A 1984 cluster study titled Cluster of Cases of the Acquired Immune Deficiency Syndrome published in The American Journal of Medicine examined sexual contacts of AIDS-infected homosexual men to determine whether their data were historically consistent with the hypothesis that AIDS was spread by chain transmission.

The study was successful in collecting data on 40 men and labeling Dugas’ sample with the code “Patient 0,” which shows where the data comes from and where they developed AIDS symptoms. The study’s conclusion explains that if the hypothesis about the role of a virus-spreading agent is correct, then Patient 0, who was shown to have had sexual contact with eight other AIDS patients, could have played that role.

The issue is that code 0 in the data is not intended to be a marker of its role as the first infected. The code is an area code that shows that the Dugas sample originated outside of California. The 0 in question is the letter O, which is the out-of-state code because Dugas did not live there.

With accusations that Dugas was the first spreading agent, the media and Randy Shilts played the most important roles. Because of their writings, the public immediately identified Dugas as the main character and the first AIDS spreader. Even after it was resolved, the news continued to have a negative impact on Dugas and his family until Dugas died.

Shilts later expressed regret for his actions and publicly admitted them. Shilts regretted making a conscious decision to demonize Dugas in the book How To Survive a Plague, which was published in 2016 by David France, an investigative reporter.

It was done solely for publicity and to boost sales figures. The homosexual community and HIV victims felt a significant negative impact because of the publicity. They were subjected to discrimination and exclusion.

Later, scientific evidence was used to officially dismiss patient zero’s suspicion of Dugas. A closer look at the genetic makeup of blood samples from the 1970s revealed that a similar infection had been circulating among homosexual men in New York for several years before Dugas arrived in 1974.

Dugas is not the first person to contract AIDS, despite admitting to having had sex with hundreds of men. His public persona is no longer that of a patient, but of a victim.