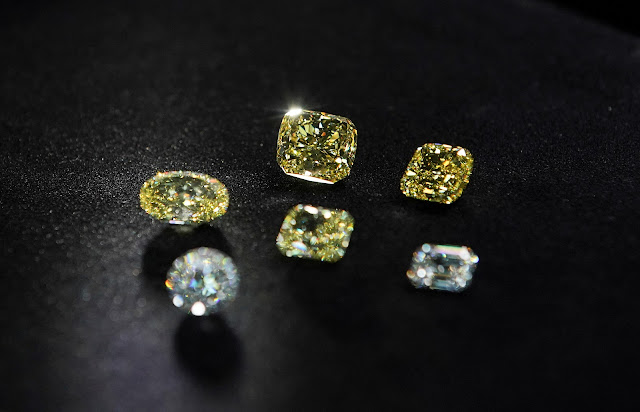 Russia is the world’s largest supplier of diamonds. About 30% of the dredged material comes from the perennial mother, or frozen soil layer, in the Siberian wilderness. Russia’s diamond exports exceeded 4.5 billion dollars last year, ranking 13th on the list of the highest-value export products.

The country’s diamond deposits total 1.1 billion carats or about 220 tons. This is far more than the total amount of diamonds discovered on African soil, which includes Botswana, the Democratic Republic of the Congo, and South Africa.

Alrosa has produced 93 percent of Russia’s total diamond mining. They also take pride in being the world’s largest diamond company, accounting for 28% of diamond production. This figure is higher than that of the De Beers Group, an international mining conglomerate whose operations are limited to Africa, Canada, and Australia.

Alrosa does not sell diamonds in their natural state—raw or polished—to retail customers or the public, as we do. Their customers are commercial entities chosen through a whole membership system with renewable contracts.

Alrosa’s clients include 21 Belgian companies and several from India and Israel.

Another intriguing aspect of Alrosa is its relationship with the rulers. They are associated with Vladimir Putin’s regime.

One of the most striking pieces of evidence is the company’s CEO’s background. Since 2018, Alrosa has been led by CEO Sergei Ivanov, the son of the same-named senior politician who served as defense minister and chief of staff to the president.

Above all, Alrosa has a direct relationship with the military. In 1997, Alrosa sponsored the B-871 type combat submarine. They pledged to support its upkeep so that it was always ready for use on the battlefield, as well as to provide “material help” to the crew.

As a result, the Russian Navy’s Commander-in-Chief named the submarine “Alrosa” in 2004.

Ten years later, the company claims that “Alrosa” helped Russia annex the Crimean Peninsula, a military action that has turned Russia into a monster for the West.

Then there’s the invasion of Ukraine. Is the corporation also involved?

Given Russia’s lack of transparency, revealing this was difficult. There is only one conclusion: Alrosa supports the upkeep of military combat submarines. However, it did not specify whether the ship had also left for Ukraine.

What is clear is that Alrosa helps Russia’s revenue. And it is this income that allows attacks to take place. The central government in Moscow and the Yakutia regional government each own roughly one-third of the company.

Alrosa’s total revenue exceeded 4.2 billion dollars last year. This figure is insignificant when compared to the $100 billion in Russian oil and gas exports to Europe during the same time period. It is still significant, however, because it is larger than other non-oil-and-gas export commodities like vodka or caviar.

For reasons of state revenue, Alrosa, including its CEO, and many other entities have been sanctioned by several foreign governments. The United States, the United Kingdom, Canada, New Zealand, and the Commonwealth of the Bahamas is among them.

Sanctions range from freezing assets to complicating transaction mechanisms to prohibit non-industrial imports and transactions between companies and citizens with Alrosa.

Aside from the government, several well-known jewelry companies also spoke out. This step is typically performed by large corporations with a proven track record. Tiffany & Co., Signet Jewelers, Brilliant Earth, Venus Jewel in India, Pandora from Denmark, and Richemont from Switzerland are some examples.

Richemont and Pandora also expressed their displeasure by withdrawing from the Responsible Jewelry Council at the end of March. The reason for this is that the organization still counts Alrosa as a member.

The Responsible Jewelry Council was founded in 2005 to promote a healthy and sustainable jewelry industry. It currently has nearly 1,500 members.