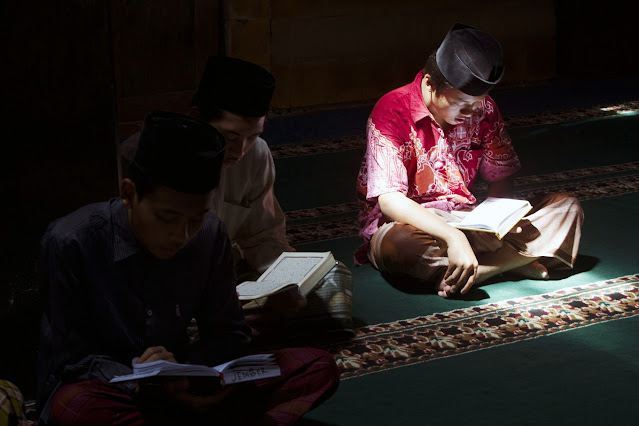 A modern lifestyle influenced by Western culture has now permeated Indonesia. Eating sandwiches or pasta; watching the Korean series as a stress reliever due to work; wearing the latest cropped tops, and speaking Indonesian mixed with English are the profiles of today’s generation.

Finding Indonesianness in their daily lives has become increasingly difficult. However, this phenomenon cannot be explained because the current generation is unconcerned about their Indonesianness.

Generations Y and Z each have their own way of expressing their Indonesian identity in their daily lives. The word “don’t care” can be deceptive. Their concern is not one of patriotism, which can be demonstrated by attending a flag ceremony or knowing the name of a hero.

It does not have to take place in Indonesia. Because being global does not imply replacing. Only at the same time can today’s generation become both Indonesian and global citizens. In the end, Indonesia is not always what they learn from history books or the practices of previous generations of nationalists.

When the older generation compares today’s youth’s Indonesianness to the standards of the previous generation, the result is indifference. But, if we look closely, we can see that they are concerned. Despite the fact that the concern is not with expressions of nationalism.

They care because “I am Indonesian,” and they don’t always have to show off wherever they go. A future Indonesia that is integrated but does not always carry its identity. However, when the time comes, future generations will firmly, confidently, and happily declare, “Yes, I am Indonesian.”

The current generation may also be harsh on Indonesia. But criticism is not the same as hatred. A generation of exiles who are harshly critical, but their criticism is motivated by hatred and hurt from the past.

That, however, is not the case with today’s critical youth. And criticality is a concern. Even if there is a current generation that only considers the state to be a place for administrative fulfillment, such as ID cards, tax reporting, and so on, this is because of incorrect state education.

Because they have not taught the state and nation as they have themselves. It should be taught from a young age that I am the country, and the country is me. So they can investigate the nation-state through their subjective experience rather than the normative taught in school.

For example, how difficult it is to earn money, how congested the commute from office to home is, and how happy it is to return home and see family and friends—that is Indonesia. The biggest mistake in teaching the nation-state is that the state becomes a powerful entity on which they rely.

As a result, when an unpleasant experience occurs, the current generation does not have a positive image of the country. They can see Indonesia in grandparents, household assistants, and neighbors, not in the kelurahan office or corrupt police.

The current generation, who have lived abroad for a long time, may be too lazy to speak Indonesian, but there is something that binds them to Indonesia, like little friends or family. This prevents them from separating from Indonesia. Unlike ID cards or passports, which can be changed.

Jonathan is a young Indonesian who works as an Assistant Research Analyst at Malaysia’s London Stock Exchange Group (LSEG). Jonathan stated that after finishing his undergraduate degree, he worked in Jakarta for 6 months and took the bus from his home in Bekasi every day. He met the same people on the bus every day; after a while, they could chat and become friends.

This varies the character of Malaysians, who are preoccupied with their respective activities while riding public transportation. Yes, this is life in Indonesia. Despite the stress of work, these people’s greetings are encouraging.

He missed the typical Indonesian atmosphere after living away from Indonesia since 2013 while studying and then working in Malaysia. There are some Indonesian foods available here. However, the atmosphere of street food and the habit of people being able to hang out comfortably for hours is not something that exists here.

Julian has had a similar experience with his Indonesianness. The TikTok Management Creator Team member was born in Tangerang. His mother is from Banjarmasin, and his father is from Betawi. He was exposed to different customs and habits from a young age and he later studied in Malang, East Java.

During the first year, he couldn’t speak Javanese, and his Malang friends wanted to translate the conversation from Javanese to Indonesian. He was initially pleased with it. However, by the second year, he felt the need to learn Javanese because he lived there and needed to interact with the local community.

The culture of respecting the elderly impressed him the most during his four years of study in Malang. He had asked a security guard for the address while he was still on his motorcycle and it had not been turned off.

It turns out that it is disrespectful to other people, according to the Javanese. They are supposed to turn off the engine, get off, and simply ask. This kind of culture should be preserved not only in Java but in all places.

Agnes shared her feelings about connecting with Indonesia. The lecturer and researcher at Atmajaya University, Yogyakarta, is currently pursuing her education in Taiwan. She feels connected to Indonesia through simple things, like looking for culinary items there and missing the spices of Indonesian cuisine, which is rich in spices. Similarly, when she feels at ease with Indonesian toilets that provide washing water, she rarely finds toilets like this in Taiwan.

In terms of social norms, the Indonesian people are more adaptable and capable of accepting and respecting other cultures while remaining conservative towards themselves; this is truly unique. Family values are also inseparable from Indonesian culture, so foreigners describe it as a friendly and cheerful country, which is quite accurate. This value should be passed down to future generations.

Sisca, a graphic designer in Jakarta, has a different perspective. She feels most connected to Indonesia when she attends music concerts and fashion shows. When she heard the audience standing together singing “Indonesia Raya” at the beginning of a music concert or fashion show, she got goosebumps.

When national holidays are finally repeated every year, it is not wrong to have a celebration discourse. However, it is difficult to predict the impact of nationalism on the current generation, as it was during the revolutionary era. Because in the future, the important thing is to create as many opportunities and facilities as possible so that every individual can experience his or her own Indonesian identity without being dictated to.