Hugs Have a Powerful Effect on Women and Children 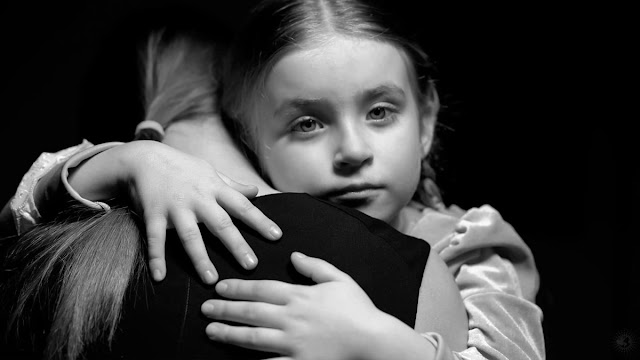 Physical touch is one of the fundamental human needs that influences emotional, physical, and mental health. According to a study published in the journal PLOS One in the middle of this year, hugs only affect women and not men.

Researchers from Germany’s Ruhr University Bochum focused on cortisol, the body’s main stress hormone that regulates mood, motivation, and fear. Hugs, which they claim, can lower cortisol levels in the body by releasing the hormone oxytocin, which causes a sense of comfort.

They studied 76 people in pairs, all between the ages of 19 and 32. The study found that women who received hugs, and those who did not, had different cortisol-lowering effects. Women who receive hugs are said to have lower cortisol levels.

For men, however, there was no difference between those who received hugs and those who did not. Whether men receive or do not receive hugs has no effect on their mood or stress levels. According to Julian Packheiser, a postdoctoral fellow at the Netherlands Institute, men who perceive hugging as uncomfortable could be to blame.

Other contributing factors include socially constructed gender and different ways of relying on other people between men and women in society, says Jessica Stern, Ph.D., a postdoctoral fellow in the Department of Psychology at the University of Virginia.

Hugs have no effect on men, possibly because men find it more difficult to relax after a stressful event, according to David Helfand, Psy.D.

However, Julian added that just because the effect of hugs was not found in men did not mean that the effect was completely absent. The effect may be so minor that it goes unnoticed.

The Power of Touch

The human need to touch and be touched was referenced in the earliest forms of medicine. Healing massage first appeared in India, China, and Southeast Asia in the third millennium BC, before spreading westward. The Greek god of healing, Asclepius, healed people by touching them.

Despite the importance of touch in human life, some experts believe that research on touch is still lacking. Katerina Fotopoulou stated that it wasn’t until the 1990s that researchers discovered that there are special cells in the skin that travel on special pathways to a part of the brain known as the C-Tactile System.

Previous touch research has also concentrated on the relationship between touch and the brain. According to a recent study, the human spine plays a significant role in the effect of touch on humans. The C-Tactile System must pass through the spine in the dorsal horn before reaching the brain. The spine not only signals the brain, but it also receives messages from the brain that tell us what kind of touch we’re getting.

According to Joe Moran’s article The power of touch: is this the sense we’ve missed most? The nursing profession has revived the practice of healing through touch in recent years. A gentle touch from another person is now known to boost the immune system, lower blood pressure, reduce stress hormones like cortisol, and trigger the release of a type of painkiller.

When premature babies are lightly rubbed from head to toe, they are said to gain weight. Massage helps pregnant women feel better. People with dementia who are hugged and cared for are less likely to become irritable or depressed.

According to a 2014 study published in the Western Journal of Communication, a lack of physical touch regularly has serious long-term consequences such as loneliness, stress, depression, mood disorders, and even decreased immunity.

If someone you trust holds your hand, hugs you, or even gives you a back massage before you perform a stressful task like giving a public speech, your heart rate will slow down, says Tiffany Field, Ph.D., director of the Touch Research Institute at the University of Miami. Blood pressure falls, and stress hormone levels fall.

Touching and being touched can stimulate brain regions associated with thought processes, reactions, and even human physiological responses. A study published MRI brain results related to touch. MRI data shows that affective touch activates the orbitofrontal cortex of the brain. This area of the brain is linked to learning, decision-making, and social and emotional behavior.

Scientists discovered that hugging can reduce a person’s chances of becoming ill in a study involving 400 participants. Respondents with an extensive support network are less likely to become ill. Those who are sick but have a strong support system usually have much milder symptoms than those who do not have family or relatives to lean on.

We need four hugs a day to survive; eight hugs a day to stay healthy, and 12 hugs a day to grow, says Virginia Satir, a family therapist. According to research, an effective partner hug lasts 5–10 seconds with hands folded on the partner’s back.

The Impact on Children

Touch has a magical effect on both adults and children. Babies with poor eyesight can only hear at four weeks and can only feel the world through their skin. Touch is essential for babies to interact with their surroundings. The first human language is learning, whether touch is harmful or comfortable.

According to one study, babies who grew up without affectionate touch had cognitive development issues. The immune system is compromised, leaving children vulnerable to developmental disorders such as stunting.

This study is based on Romania’s dark history from 1970 to 1980, when there were approximately 170,000 orphans who had to live in orphanages without an adult figure to provide a touch of love. It was later discovered that the Romanian orphans struggled to manage their emotions and engage because of a lack of affectionate touch.

According to Dr. Amy Banks, a psychiatrist and the author of Wired to Connect: The Surprising Link Between Brain Science and Strong, Healthy Relationships, the bond formed between a child and his or her mother during the first year of life can help stimulate pathways for the hormones serotonin, dopamine, oxytocin, and even opioids, all of which can affect mood.

According to Swedish research published in the Research on Language and Social Interaction, hugging and rubbing the back of sad children can help them feel better.

Touch is important for children and adults alike, but we cannot touch everyone. The thing to remember before hugging or touching another person is that both parties must consent to or agree to do so. If the person refuses to touch or hug you, don’t force it.