From Boarding Houses To Self-sufficient Indonesia 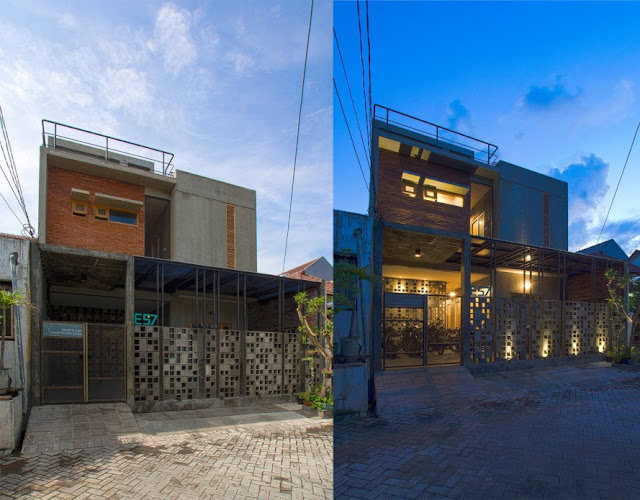 It started with colonialism's need for skilled workers. The Dutch East Indies government then opened education to the Indonesian people. Who would have guessed that the seeds of nationalism would sprout in an unexpected place, namely boarding and rented rooms?

On February 24, 1817, the Dutch East Indies established its first modern schools. There were two schools in Batavia: Weltevreden and Molenvlier. Unfortunately, the schools were only available to the families of the Java regents.

It took 31 years for the Dutch East Indies government to allow schools to be opened to the public or, more accurately, to natives, on December 30, 1848. In the regency capitals and central business cities, the locations were more dispersed. Although the level was only elementary school, the cost was so high that it was only available to children from aristocratic and wealthy families.

Secondary schools were established 12 years later, in 1860. Only in the twentieth century were university-level high schools made available to the public. In 1902, one of them was the indigenous medical school.

This means that it took the Dutch East Indies government half a century to allow the start of basic education for the people and nearly a century to open a permit to operate universities. So don't be surprised if this country, like other ex-colonial countries, falls behind in the modern world. Colonialism not only robbed the colony of its land and natural resources, but it also deprived the colonized of access to modern education.

When Queen Wilhelmina delivered a speech on ethical politics to the Dutch parliament in 1901, she did not know that her policy, which resulted in the establishment of high schools in the Dutch East Indies, would create a situation of change that would shake her colonial nails.

The Dutch-founded higher education eventually brought together the youth of the archipelago, who were descendants of the nobles, the wealthy, or those with thin minds and were sponsored by the Dutch.

Discrimination in the Dutch school system and governance, which Ki Hajar Dewantara experienced, heightened their awareness of nationalism. Similarly, various prohibitions on all ideas and expressions opposing colonialism's tyranny.

As a result, a movement arose in the students' boarding rooms and rented rooms, as happened with Soegondo Djojopuspito and Kartosoewirjo in Tjokroaminoto's boarding room. Similarly, Soetomo, a boarding house youth in Madiun and the Netherlands, was the first to use the term Indonesia in activism in 1922, when he changed Indische Vereeniging to Indonesische Vereeniging.

It was thanks to the boarding house youth that Indonesia was born as a national entity and became the focal point of the struggle of all Indonesians who took the Youth Pledge.

The Irony of Education and Youth a Century Later

Indonesia is now a century after Soetomo introduced the term "Indonesia" to the independence movement. It also marked the 94th anniversary of the Youth Pledge. The ideas and sweat of the youth and students propelled them to independence. However, not in terms of access to education, particularly higher education.

According to data from the statistics agency, as of 2020, the net enrollment rate (NER) for universities in Indonesia was still low, with a significant disparity between rural and urban areas. The NER in urban areas is only 24.9%, while it is only 11.54% in rural areas. This shows that only about a quarter of urban residents have access to tertiary education, while only about a tenth of rural residents attend school.

The NER measures school-age children's participation. The higher the number, the better.

Amid limited access to higher education, bad news has hit the world of Indonesian education with the continued decline in the quality of their higher education, according to Times Higher Education's world university rankings. Their five flagship universities still cannot compete in the global arena and face being pushed into the 1,000+ position next year. For example, the University of Indonesia was ranked 601–800 in 2016 but has dropped to 800–1,000 this year.

Those who have not received a basic education are mostly concentrated in eastern Indonesia. There are three provinces with the highest percentages of illiterate people: Papua, West Nusa Tenggara, and West Sulawesi.

Despite the gap in access to education, educational outcomes remain poor. Consider the PISA score, which lagged far behind other countries in 2018 and never reached the average of developed countries. The results of the most recent PISA survey, conducted in 2018, because the 2021 survey was postponed because of the pandemic, placed Indonesia at 74th place, or sixth from the bottom. The reading ability of Indonesian students is 371, the math ability is 379, and the science ability is 396.

The Demographic Advantage Is Merely a Marketing Ploy

When we talk about youth, we often hear rumors about the demographic advantage of a large proportion of youth in the population’s pyramid. It is referred to as a bonus because Indonesia has an abundance of young workers.

During this time, Indonesia's population is expected to be 293 million, with a productive-age population of 200.3 million. This productive population bonus is thought to be the basic capital required to turn the economic and development engine.

According to the most recent data from Statistics Indonesia, Indonesia has 144 million people working. 135.6 million people are employed, while the remaining 8.4 million are unemployed. Then, how much do young people contribute to the workforce?

Statistics Indonesia did not elaborate. However, data from taxpayers at the Ministry of Finance can provide indications of the magnitude of the contribution of the younger generation. Between 1981 and 2012, Generation Y and Generation Z accounted for 47% of Indonesia's taxpayers.

Because the data only includes personal income taxpayers, the percentage in the real world is almost certainly higher. This means that only those who work in the formal sector are recorded. Youth contribute significantly more to the economy in the informal sector, particularly in the digital economy, where they dominate but have not yet been taxed.

The dominance of the productive generation in a country allows the economy to spin faster. The more people earn, the more purchasing power there is in an economy, which encourages more consumption and investment.

As is well known, public consumption accounts for 53% of Indonesia's GDP, while investment accounts for 30%. Both become the main engines of the economy, with a significant impact on the speed of the national economic engine.

However, there is currently an alarming situation in the financial structure of Indonesian youth, emphasizing the added value of the demographic bonus, namely the amount of money they spend to support the living of family members.

The younger generation is known as the "sandwich generation" because they are forced to pay for their family's routine expenses, resulting in their purchasing power not being used optimally to support investment.

According to data from Indonesia's millennial report prior to the pandemic, the average millennial expenditure for family needs reached 51.1% of their monthly routine expenditure. Meanwhile, only 2% of funds are allocated for investment.

Not to mention the competitiveness of today's youth in the digital age. One simple example is the scarcity of qualified workers in critical positions, such as programmers and data scientists. It's no surprise that Indonesian startups must outsource their work to India.

According to the Greek philosopher Diogenes, Indonesia's foundation is not yet strong enough because education for its youth is still limited. As a result, their opportunities are limited, and they are now caught in a sandwich-generation dilemma.