The myth of lazy workers: invented by the Dutch, echoed by native rulers 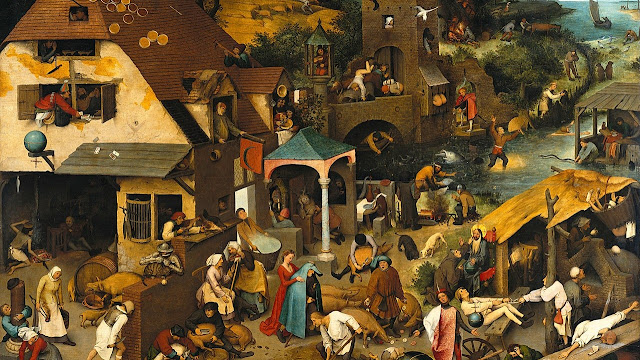 Thrift would make you rich is increasingly outdated. However, if it is converted into Hard work would make you rich, there are many people in Indonesia who might believe it. Hard work is believed to be the key to a life with riches while lazy behavior perpetuates poverty.
There is a strong belief in Indonesia that one's success is determined through hard work and talent, not because of his social class.
This belief, which is called meritocracy, has been refuted by many studies.
These studies refute the notion of meritocracy by showing that the poor cannot escape poverty only by working hard. Economic hardship makes poor children limit access and opportunities to get proper education to health services.
However, no matter how much research has disproved it, the myth of meritocracy will last. At least, there are several explanations for why this myth is deeply rooted in Indonesian society.
First, the high interest in topics related to motivation, especially those that come from people who are considered successful or whose stories are inspirational.
There are hundreds of books on motivation written by both business people and professional motivators, which you can easily find in bookstores.
The misperception of economic inequality is the second explanation behind the persistence of the myth of meritocracy. This misperception is caused by the belief that there is equal opportunity promoted by the government.
If there is competition in the community, people with low incomes will fail to compete. This failure to compete will ultimately be seen as the fruit of laziness. Whereas, from the beginning, they lacked access and opportunities.
There is no evidence to support the claim that unemployed people automatically become lazy because they are given assistance. Furthermore, reflecting on the researches, such statements merely obscure economic inequality caused by structural problems.
Labor, especially blue-collar workers, are the ones who will be most disadvantaged by this myth of meritocracy. We can see how the perception of workers as a lazy social group is always echoed in the media every Labor Day or when large-scale labor actions emerge. The workers were accused of being lazy but always demanding a raise. Labor is also always blamed for low labor productivity in Indonesia.
Another narrative is consumerism among workers. Not to mention the news that only focuses on the riots, damage, or the pile of garbage left after the demonstration without giving the full context of the workers' demands. This cynical reporting has contributed to the stigma of laziness but demands a lot attached to workers.
The myth of meritocracy affects workers who often considered poor because they are lazy. To find out how this lazy myth came about, we must go back to the days of Dutch colonialism. In the book The Myth of the Lazy Native