How did Mandela fight apartheid's legacy with sport? 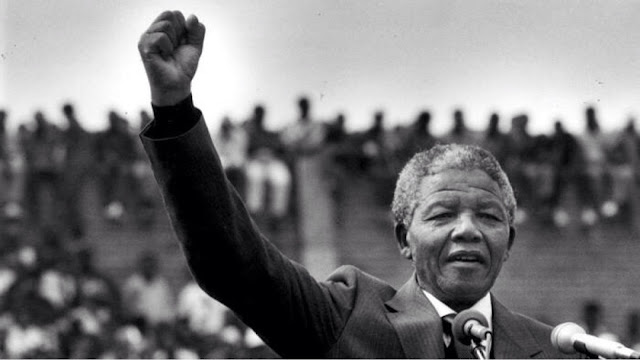 After spending 27 years in prison, on February 11, 1990, Nelson Mandela officially breathed free air. Shortly thereafter, in 1991, he was named number one in the African National Congress. Two years after being elected, Mandela, together with the President of South Africa at that time, F. W. de Klerk, announced that the ANC and the National Party agreed to form a transitional government.
The agreement had significance for political dynamics in South Africa. This was because the existence of the new government effectively ended the practice of apartheid and opened the process of political engagement for all South African people without exception. Hopes grew brighter when in 1994 Mandela won the election and sat as president.
However, the road to creating a just life for the people of South Africa was still a long way off. Apartheid politics might be abolished, but South Africa was still culturally segregated based on skin color.
After taking office, Mandela came under a lot of pressure. For example, he was still considered a terrorist by white South Africans because of his track record as commander-in-chief of the ANC military wing organization, uMkhonto we Sizwe. In addition, the hatred sentiment between the two groups, black and white, remained high and showed no sign of ending soon.
Mandela understood that as long as such basic problems weren't resolved, the new government would find it difficult to run. Uniting a divided society, thought Mandela, must be prioritized.
Sports, in this case, rugby, was then chosen by Mandela as a solution. He chose rugby because it was a popular sport in society. In addition, South Africa would host the 1995 Rugby World Cup. These factors convinced Mandela that rugby would gain its momentum to unite society.
For Mandela, the sport had become an inseparable part of his life and political journey. Through sports, quoting The National, Mandela saw how apartheid divided South African society, as happened in the 1960s when he witnessed black boxers not allowed to compete in the ring against whites.
On the other hand, Mandela also believed that sports, whatever their form, be it football, cricket, or rugby, could be used as a tool against apartheid. Sport, Mandela explained, had its own strengths and resonances that could remove various boundaries. He witnessed this matter himself while serving a prison term on Robben Island.
On the island, Mandela often held football matches with other prisoners. Once a week, Mandela and his friends rejoiced with football. However, their matches were often dismissed by prison guards. Even so, Mandela wasn't discouraged. He continued to look for loopholes for the sake of holding matches. According to him, the football he lived on Robben Island was more than just a game. Football had created hope and made prisoners feel alive.
South Africa hosted its maiden rugby match in 1891, and its national team became known as the Springboks after a tour of England in 1906. During the apartheid era, the Springboks were divided. The white people used it as a symbol of racial domination. As for black people, the Springboks were a picture of the discrimination they experienced.
Mandela's decision to use the Springboks as a unifying tool was initially opposed by many parties, especially by a number of his advisers. The reason was, the Springboks had been attached to the image of a gathering place for racists. Most, or even all those involved in it, were white people.
But, Mandela persisted. He didn't care about the criticism and doubts of his supporters. So he immediately invited Francois Pienaar, captain of the Springboks, for tea in his office in Pretoria. During the banquet, Mandela asked Pienaar for help in trying to perform optimally at the Rugby World Cup. Mandela wanted Pienaar and his teammates to fight on behalf of the South African nation.
The meeting with Mandela, even though it was seen as a mere formality, turned out to leave a positive impression on Pienaar. During that time, he and other white youths grew up with the narrative that Mandela was a terrorist. Such views finally disappeared shortly after Pienaar met Mandela.
The next step was to win the hearts of the black community. In South Africa, black people seemed to have grown up to hate rugby. This sport was seen as a symbol of apartheid because only white people could and were allowed to join the team. In fact, before the Rugby World Cup, there was only one black player in the South African national team, Chester Williams.
With Pienaar's help, Mandela, as John Carlin noted in his book Playing the Enemy

, devised ways to win the sympathy of the black community, such as by going on a city-to-city tour, introducing rugby to the family root network, inviting the players to sing the national anthem "Nkosi Sikelel' iAfrika," to launching a campaign entitled One Team, One Country.
Slowly, what Mandela and the Springboks did came to fruition. Support poured in. Racial barriers began to collapse. This situation made the motivation to compete in the Springboks team even bigger.
According to The Daily Telegraph's report, the Springboks succeeded in making a surprise by winning the Rugby World Cup after defeating the national teams of Australia, France, and New Zealand. In fact, initially, the South African national team was predicted to be a loser.
Rugby in South Africa was once seen as a symbol of division between blacks and whites. However, in Mandela's hands, in 1995, rugby became a unifier, a guardian of hope, and a symbol of peace. Mandela, once again, proved that sport could dissolve barriers that seemed impenetrable. Sixty-three thousand pairs of eyes watched it.
Mandela passed away on December 5, 2013, today seven years ago.
Humanities