Why are so many people ignoring the COVID-19 pandemic? 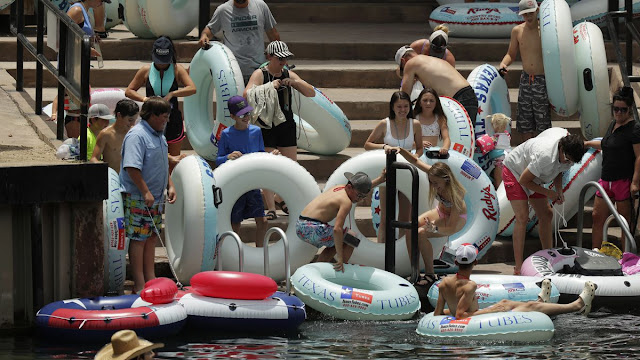 Since the COVID-19 caused by the new coronavirus SARS-CoV-2 was confirmed six months ago, Contagion

's predictions seem to be starting to prove. In Steven Soderbergh's film, many people don't believe in the existence of a deadly virus that is spreading throughout the world.

A similar situation exists in the real world today. In the last few months, the virtual world has indeed been overcrowded by many people who have begun to distrust the existence of COVID-19, let alone the dangers. They chirped about the conspiracy theory that SARS-CoV-2 was just a trick of the global elite or business competition between countries.

This phenomenon occurs in various parts of the world. Each place has its own flavor related to conspiracy theories in circulation. Influencers on social media also amplify the circulating information, both educational and conspiracy.

But is it true that these influencers are really able to influence audiences through bombastic content and conspiracy theories? Why would anyone believe conspiracy theories even though it has the potential to ignore the COVID-19 pandemic, which has resulted in increased transmission of the virus?

Another factor that is no less important is the belief in society that trust can be earned only if you see it with your own eyes. This factor arises along with the many hoaxes based on the manipulation of both photos and videos circulating on the internet.

So, how likely is it that someone will see or meet directly with COVID-19 patients, both those who have been or not identified?

This analysis tries to refer to Sara Del Valle's research in 2007. In that study, it was suggested that the average adult aged 20-50 years interacted with around 21-23 people every day. The results of this study cannot be applied directly to interaction behavior but can be a preliminary description.

In addition, we can reflect on our own activities and count how many people we have met both when we just pass by or interact directly. A little note, essential workers such as cashiers, waitresses, and security guards have much more potential for interaction than office employees who have the privilege of working from home.

Meanwhile, 773 thousand cases were recorded in California. When compared with the entire 39.51 million residents of California, 1.95 percent of the Californian population is positive for COVID-19, or about 195 people per 10 thousand population.

Seeing this figure, it makes sense that people tend not to believe the gravity of the spread of the coronavirus because most have never met directly with COVID-19 cases. Even though the interaction circle is enlarged to around 10 thousand people, it is not certain that 195 positive people will enter it.