Tupac's life was filled with poetry, music, and anti-racism 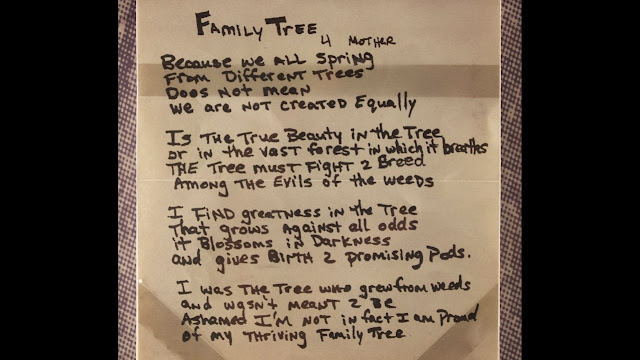 Brooklyn, early 1981, Herbert Daughtry welcomed his congregation as usual. One of the congregation was Afeni Shakur who brought along her two children Sekyiwa and Tupac. Tupac was still 10 at that time.

Daughtry wasn't surprised to hear that answer. In Rebel for the Hell of It

, he said he really understood Shakur's family tree. In the 1960s, Afeni was a member of the Black Panther Party. More than just an ordinary member, she was the leader of the Harlem chapter and the person in charge of Panther Post, the newsletter for this anti-fascism and anti-racism organization.

The peak might have occurred in 1969. At that time, Afeni and her husband were detained along with a total of 21 members of the Black Panther, known as the Panther 21, on charges of premeditated murder and conspiracy to detonate bombs in several buildings.

Afeni chose to represent herself in court instead of being represented by a lawyer. While awaiting trial, she spent a total of two years behind bars and was only released in May 1971 because the charges against her weren't proven.

During a trial in 1971, Afeni was pregnant. That was why when Tupac said he wanted to be a revolutionary, maybe that explained his life, Daughtry said on September 20, 1996. That day, he stood in front of hundreds of people with a face of sorrow.

On September 7, 1996, Tupac, who was in his BMW 7 Series, was shot in Las Vegas. Four bullets pierced his body, one in the arm, one in the thigh, and two in the chest, one of which went through the lungs.

Tupac, who was in a coma, was immediately rushed to the University Medical Center of Southern Nevada. On September 13, 1996, one of the most influential and respected rappers passed away at the age of 25.

Tupac's real name was Lesane Parish Crooks. He was born on June 16, 1971, in Harlem, New York. His parents were both members of the Black Panther. When he was one year old, Afeni changed her son's name to Tupac Amaru Shakur, taken from Túpac Amaru II, the leader of the Andean resistance against the Spanish in Peru.


Afeni wanted to give Tupac the name of a native revolutionary in this world. Afeni wanted Tupac to understand that he was part of the world's culture, not just confined in his environment. Afeni then took Tupac and Sekyiwa to move to Baltimore in 1984.

This wasn't a flagship school. In fact, you could say that it had a limited niche. This school was founded in 1979 and wanted to attract students who had an interest in art. In the beginning, not many wanted to go to school here. A year after its establishment, there were only 68 people studying at BSA.

It was also here that Tupac met Jada Pinkett who later became his best friend and the inspiration for several of his poems, which were featured in his poetry anthology The Rose that Grew from Concrete

BSA played a major role in pushing Tupac's passion for theater and poetry to a distant point. His idol was William Shakespeare. Tupac's favorite plays that were often discussed were King Lear

From the English playwright, Tupac also got many perspectives. The school here really influenced all of his work. He imagined Romeo from the Bloods falling in love with Juliet, the girl from the Crisps, and everyone from the two gangs opposing them. So they had to hide, and in the end, both of them died in vain.

Tupac also regularly wrote poetry, whether it was hopeless romantic to one that showed his interest in resistance and revolution. As an actor, teachers and friends could praise him. He could be Denzel Washington. Tupac could possibly be one of the best actors, said his acting teacher at BSA.

Because of Tupac's good acting, not many people knew that he liked hip hop music. Some said that his music career was one of his best acts and made him unable to leave because he was already famous.

Of course, this wasn't entirely correct because Tupac really loved hip hop music. He fell in love with rhyming and the adrenaline that gushed out when doing rap battles. At school, he was known as MC New York.

All life at school was inversely related to the home. Afeni was experiencing the lowest point in life. Tupac often had to support himself by being a waiter and dishwasher in Inner Harbor. Poetry, and theater as well, was his escape.


Tupac had to prematurely leave the bloody period of poetry and roses after moving to California in 1988. Here, his music and film career began to take off. He knew Leila Steinberg, a social activist and businesswoman who would become his manager, joined the rap group Digital Underground as a dancer and roadie, and under the stage name 2Pac, he contributed to Digital Underground's "Same Song

." A few months later, Tupac made a cameo appearance in the film Nothing but Trouble

in November 1991. On the album, he wrote sharp lyrics that were very relevant to his life story and black people.

Tupac spoke out loud about repression and crimes committed by the United States against black people, police brutality, racism, to violent life on the streets. He continued to carry similar issues on subsequent albums, including his third album Me Against the World

You could say this album was the most personal to Tupac, including the most successful single "Dear Mama

," which was a tribute to Afeni. Poverty, death, gangs, and police crime were the main themes of the album, which was included in the Rock and Roll Hall of Fame's Definitive 200 Albums of All Time.

When Tupac loomed over, his paradoxical character appeared. Something that was often noted by the public was that he didn't want to be seen as a gangster. This, of course, contradicted some of his criminal records.

Tupac had been involved in several acts of violence, misuse of firearms, shot at police, and was also jailed for rape. By affiliation, he was often considered a central figure in the West Coast hip hop scene, and his life in the heyday of gangsta rap was reflected, of course, in the lyrics he wrote.

When Tupac was shot, many people thought this was due to gang competition and the fruit of the West Coast-East Coast hip hop feuds. The Notorious B.I.G., a friend who later became Tupac's rival, a rapper from the East Coast scene, was the prime suspect before he was shot dead six months after.

Greg Kading, a former Los Angeles Police Department detective who handled the Tupac and Biggie murders, said he had evidence that these two phenomenal rappers were victims of a feud between two figures in the hip hop scene, Sean Combs and Suge Knight. The results of the investigation could be read in Greg's book Murder Rap

. This accusation was denied by Sean's party while Suge chose not to comment.

Tupac died 24 years ago, but listening to him today is like a scream that keeps echoing louder and louder. His works and scathing criticisms are increasingly relevant, especially since the last few years we have been hit by the issue of racism, white supremacy, and police brutality.

In fact, the issues that were voiced by Tupac decades ago don't disappear but, instead, grow bigger and stomp on. And at times like this, his voice grows louder and louder from the grave.