Le Corbusier was a collaborator of the fascist regime, an icon of modern architecture 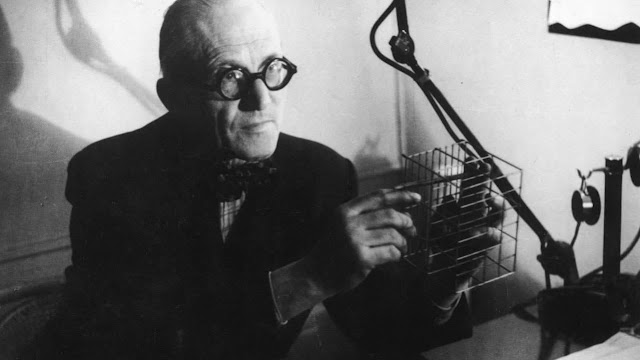 For a number of architects, a visit to Villa Savoye in Poissy, France, is like a spiritual journey because this is one of the iconic buildings that represent a modern architectural style. This design style emerged and began to mushroom in the 20th century in western countries and is still popular today.

The uniqueness of modern architecture comes with a renewal of the form of building design styles that were previously prevalent in Europe such as expressionist, Edwardian, classic, and romantic.

Broadly speaking, and what is visible to the naked eye, modern architectural designs are characterized by a simpler appearance. Usually, the building components can be imagined to resemble basic shapes such as cuboid, cylinder, tetrahedron, or rhombohedron, and have detail and textures that are not as complex as previous design styles.

Back to Villa Savoye, this building was designed by Le Corbusier and built in 1928-1931 and had a significant influence in interpreting the style of modern building design in France specifically and Europe in general during the second half of the 1920s to post-World War II.

Architects from various countries outside Europe who are interested in modern design styles often use Le Corbusier's buildings as inspiration. His significant influence in Asia was evident in Japan, which would later become a reference for modern architecture.

Nikil Saval from The New York Times said Le Corbusier got the assignment to design the National Museum of Western Art in Tokyo in 1959. The project was worked on with several Japanese architects, namely Junzo Sakakura, Takamasa Yoshizaka, and Kunio Maekawa.

After the museum was completed, this modern architectural style emerged in Japan. To this day, many Japanese architects are still loyal to this flow of design, including Kenzō Tange and Tadao Ando.

It is no exaggeration if there are people who think that Le Corbusier was one of the architects in Europe who opened Asian insights to the architectural style of modernism. It is not surprising that some architects later considered him a god.

But there are some critics who consider Le Corbusier a man full of moral flaws. To these critics, coming from among journalists, he was a fascist architect. At least, that is what Le Corbusier

The New York Times interviewed critical writers regarding the critics' views. The visions Le Corbusier expressed were lies. He was a naive man who was seen as an idiot because he was unable to understand how to behave in the realm of politics.

At times, Le Corbusier was proud to be associated with the fascist movement, but he also concealed his involvement in the Vichy France regime. He supported right-wing political currents. He once wrote to his mother, saying that the Jews were a lecherous nation.

However, several times, Le Corbusier worked for the Jews, building their homes in Switzerland. He also never expressed his hatred for the Jews in public.

Then, the Modulor, the proportion measurement scale system, which is the reference in regulating human interaction with the space Le Corbusier designed, is considered inspired, or a modern form, from the experimentation carried out by the Nazis.

The fascist accusations began when Le Corbusier tried to approach officials of the Vichy government Philippe Pétain led. During Pétain's reign in early 1940, Le Corbusier, an immigrant from Switzerland, consistently sent petitions to French government officials to appoint himself as a city spatial planner.

The petition was granted. Le Corbusier held an important position in the urban planning service in 1941 and designed the city of Algiers, Algeria.

In early 1940, Le Corbusier not only sent official letters to the government to promote himself and his ideas but also to youth organizations formed during the Vichy regime.

In a letter addressed to youth on the left, for example, he promoted an opinion on the importance of using white and bright colors in buildings. And the idea was implemented mainly in order to repair buildings damaged by the war.

At that time, building designers tended to maintain the original color and texture of natural materials used in buildings such as wood or stone.

In essence, Le Corbusier wanted to have the authority to design urban spatial planning or at least the areas where youth organizations were active. What he did was trying to open up opportunities by getting close to anyone who might grant his wish.

Le Corbusier always insisted that he was an architect who could make a city master plan well. For him, the relationship between humans and art must always be close, and all elements of this society must unite.