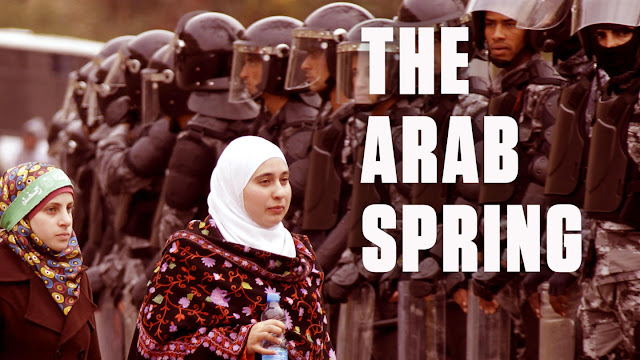 After World War II ended, the United Nations pushed Libya to gain independence. One of the points in independence was the unification of Cyrenaica in the east, Tripolitania in the west, and Fezzan in the south under the flag of the Kingdom of Libya. Idris of Libya, a politician, leader of Senussi, and Emir of Cyrenaica, was appointed king.

The unification of the territory had caused debate, especially from Cyrenaica and Fezzan. The inhabitants of the two regions were worried that the unification plan would lead to the domination of Tripolitania, which was inhabited by two-thirds of Libya's population. On the other hand, Tripolitania tended to prefer unification so that the government could act effectively in the national interest.

Each province finally had its own authority. The legislative and constitutional framework made Libya strong in autonomy but weak in the central government.

At the beginning of the reign of King Idris I, Libya encountered serious problems in the form of damage to infrastructure due to war, high unemployment, illiteracy, and the lack of land that could be cultivated for agriculture.

Being stuck in the middle of a downturn made King Idris I dependent on Western aid. In order to attract investment and construction costs, he agreed to a request from the United States and the United Kingdom to create a military base in Libya as a condition. From the agreement, the US disbursed 100 million dollars in aid to Libya.

The discovery of petroleum reserves in 1959 made the Libyan economy advanced. The status of a poor country slowly disappeared and turned into a rich country with oil as the main support. On the other hand, the Western influence was still firmly entrenched, especially when America played an important role in the development of the Libyan oil industry.

A History of Modern Libya

said that the growth of the Libyan economy due to oil was accompanied by the emergence of rampant corruption and nepotism. King Idris I didn't even hesitate to take part in enriching himself and his family.

King Idris I further expanded his powers by abolishing the federal system and centralizing the economy and government administration in 1963. He also prohibited the existence of political parties because they were considered to worsen the stability of the government.

The Libyan system of government moved to the path of a monarchical dictatorship rather than a constitutional monarchy or parliamentary democracy. King Idris I's various policies sparked dissatisfaction with the Libyan community.

The impetus for carrying out a coup grew when King Idris I began to reduce activity in the government for health reasons. The peak of dissatisfaction with him led to a military coup carried out by the Free Officers Movement on September 1, 1969.

Muammar Gaddafi and 70 Libyan military officers then declared the abolition of the monarchy system. Within two hours, a successful coup was carried out in Benghazi, which was followed by Tripoli in the following days. The coup went on without any victims.


After the Free Officers Movement succeeded in staging a coup, 12 members under the auspices of the Libyan Revolutionary Command Council (RCC) were appointed. The RCC was the government executing agency after the coup.

In its vision, the RCC wanted to make Libya a free and sovereign country called the Libyan Arab Republic. The RCC also focused on freedom, unity, social justice, equal rights for citizens, and providing jobs for every citizen.

King Idris I who was abroad when the coup took place refused to return to Libya for security reasons. In the end, he accepted and agreed to return with the guarantee of his family's safety. He died in exile in 1983.

The coup catapulted Gaddafi's name in the national arena. The RCC then gave him the position of Commander-in-Chief of the Armed Forces. In January 1970, he was appointed prime minister.

The new Libyan government supported the interpretation of Arab socialism by emphasizing the principles of socio-economic and political reform as well as rejecting the existence of communism.

In the early days of government, Gaddafi abolished the Constitution of Libya. He argued that the constitution was a colonial legacy. To ensure that his rule ran well, he wrote a manifesto contained in The Green Book.

In essence, The Green Book sought to put the world on a political, economic, and social revolution in order to free society from oppression. Citing Libya

Gaddafi didn't hesitate to act firmly on foreign countries, for example, when he asked America and Britain to move their military bases, controlled the oil fields, and expelled the Jews or Italians. For domestic affairs, as stated in Daniel Kawczynski's writing, Gaddafi returned traditional Islamic law as applicable rules such as the prohibition against alcohol and gambling.

On the other hand, Gaddafi freed women's activities and launched social programs to improve people's lives. Meanwhile, in the economy, the role of the private sector could be said to be large, except in oil production, banking, and insurance.

On this basis, Gaddafi slowly eliminated all private interference in trade, rent, and wages because they were considered exploitation. Not only that, but he also prohibited more than one house ownership, turned individual companies into a state, formed a people's market that sold daily necessities at low prices, and limited access to bank accounts to attract personal funds.

Gaddafi's decision made the Libyan community dissatisfied. People felt that the state was too restricting economic activity. The effect was that many Libyan people went abroad to get decent jobs according to their expertise.


Broadly speaking, the departure of the majority of society had left Libya a shortage of skilled labors that must be imported along with consumer goods. Gaddafi's government also financed various terrorist groups in the world, ranging from Palestinian guerillas, Filipino Muslim rebels, to the Irish Republican Army.

During the 1980s, the West blamed Gaddafi for various terrorist attacks in Europe such as the explosion of Pan Am Flight 103 over Scotland's Lockerbie, killing 270 people in 1988.

Gaddafi stepped down the prime ministerial power in 1977. After that, he became the Brotherly Leader and Guide of the Revolution, a position that kept him in a dictatorship for 42 years and shielded him politically from the pushback of Libyan society.

During those 42 years, the Libyan community lived in uncertain conditions. It was estimated that 13 percent of Libyans were unemployed, and more than 16 percent of families didn't have a regular income.

Meanwhile, the Libyan people's freedom was also limited. According to the Press Freedom Index, Libya became the country that most frequently censored news in the Middle East and North Africa in 2009 and 2011.

While the state's situation wasn't conducive, Gaddafi actually accumulated coffers of personal wealth during his tenure. As reported by The New York Times, he was assisted by political colleagues and family members in controlling a number of business companies.

Gaddafi adopted a luxurious lifestyle like he did when buying expensive properties, investing in Hollywood films, and holding private parties with famous stars.

Seeing this situation, the Libyan community began to gather the masses to overthrow Gaddafi's corrupt regime. Islamist groups consisting of civilians demanded that democracy be revived. The turmoil of the masses in Libya was born at the same time as the Arab Spring that wanted change.

Gaddafi responded to the mass movement by sending military resistance. Clashes between Islamists and nationalists were inevitable. Victims fell, and tens of thousands of Libyans fled to other countries.

However, Gaddafi's luck didn't last long. Islamist groups managed to take control of Tripoli dan beat back the nationalist forces. Meanwhile, he was caught before finally dying in Sirte.

What Gaddafi did to King Idris I turned around to himself. The difference was that if the 1969 coup didn't cause any casualties, and King Idris I died in exile, the coup against Gaddafi had caused bloodshed and killed him in his hometown.