Why is Pirlo's work as a coach worth looking forward to? 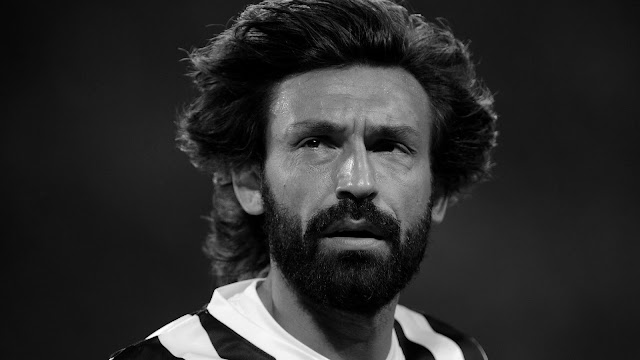 Andrea Pirlo never imagined that he would become a football coach. In his biography entitled I Think Therefore I Play

, he said that he wasn't at all interested in being a coach, even at a big club. According to him, a coach's life is very different from a football player.

A coach has to get used to the spotlight, including in his personal life, and Pirlo doesn't like that. However, everyone can change, no exception. On August 8, 2020, he officially served as Juventus F.C. coach.

This shocking decision came only 10 days after Pirlo was appointed the architect of Juventus F.C. Under-23. Football observers who previously echoed the names Mauricio Pochettino, Pep Guardiola, to Zinedine Zidane as Maurizio Sarri's ideal successor, of course, were shocked.

For example, Jonathan Wilson considered that Juventus was just following the trend. Appointing former players as coaches is indeed a trend in the European football scene in recent years. They are considered capable of providing instant success.

Apart from that, there is also a general opinion that makes Juventus's decision questionable. Pirlo is totally inexperienced. Zidane, Guardiola, and Diego Simeone needed a long process to get to the top. Meanwhile, Pirlo, who will just receive a coach's license in October 2020, will be immediately targeted to achieve success in the UEFA Champions League.

However, considering Pirlo's reputation as a player, there aren't a few who support Juventus's decision. Adriano Galliani, Pirlo's former boss at A.C. Milan, called him a smart figure, so it is the most appropriate choice for Juventus. The most powerful support came from the President of Associazione Italiana Allenatori Calcio where Pirlo took a coaching course.

Regardless of the pros and cons, will Pirlo be able to bring success to The Old Lady? Nobody knows, of course. But his long career as a player can at least illustrate how he will work as a coach later.

Pirlo had many nicknames when he was still active as a player. He was once known as the Metronome, Mozart, the Professor, and the Architect. But among the many nicknames, there is one that hits the most, Sprezzatura.

According to James Horncastle, sprezzatura is a term commonly used in the realm of Italian fashion. It more or less means a person's ability to appear elegant in terms of both clothing and behavior even though he isn't aware of it.


Initially, this term was used to describe the figure of a close friend of one of Italy's most famous painters. The image of the sprezzatura can be captured from one of Raphael's famous portrait paintings.

The portrait painting depicts Baldassare Castiglione sitting. Hands clasped in front, and his blue eyes stared forward sharply. His face might be very ordinary, but Raphael combined it with an attractive demeanor and a well-fitting outfit. The resulting effect turned out to be the opposite. The painting became more pleasing to the eye.

According to Horncastle, Pirlo wasn't much different from Castiglione's image. Among footballers of Pirlo's generation, he wasn't the most handsome or fashionable. He always looked like he just woke up. He didn't even care about fashion trends. But to borrow the words of fashion designer Giorgio Armani, elegance isn't just a trendy outward appearance but a character that is always remembered.

It seemed that Pirlo didn't only translate sprezzatura through clothes but also through his behavior. Although his facial expressions and tone were almost always flat – he is mysterious – he was a very flexible person. Gennaro Gattuso who was fierce and terrifying could melt in Pirlo's hands. Gattuso even openly admitted that Pirlo was his best friend.

So why I Think Therefore I Play can sell well in the UK and US markets? The reason is simple because Pirlo is able to tell honest and imaginative stories, and has an interesting personality.

In an article on the BBC Online, Mina Rzouki considered that Pirlo's attitude would at least improve the atmosphere of the Juve dressing room, which looked stiff in Sarri's era. Communication is no less important than experience.

Also, unlike Sarri, Pirlo is good at positioning himself. Rzouki said Cristiano Ronaldo wouldn't look away when talking to Pirlo, so did Giorgio Chiellini, Leonardo Bonucci, Gianluigi Buffon, and other Juventus players.

Pirlo isn't the one who considers coaching Juventus to be a dream. He also started his steps as a Juventus coach like a winner. Another thing, his ability to practice sprezzatura on the field can also be a benchmark for predicting his career later.

Like Sarri, Pirlo promised to make Juventus always win convincingly. Sarri failed to fulfill his promise. Meanwhile, Pirlo at least once proved that he could create a revolution in Italian football when he successfully played as a regista when that role was considered a legend.


When Pirlo played as regista, Juventus, which had faded after the Calciopoli scandal, returned to life and became the ruler of Italian football. During four seasons to defend The Old Lady, he presented seven titles: four scudetti, one Coppa Italia, and two Supercoppe Italiane.

One of Pirlo's moments of genius occurred in the semifinals of the 2006 FIFA World Cup when Italy met host Germany. In the 119th minute toward the end of extra time, he received a wild ball right in front of the German penalty box. Instantly, the German players started chasing him, but he remained calm as if he still had plenty of time to do something.

Pirlo then made three short touches to find space for himself and his friends. The four German players who were nearby panicked. Because they were too focused on guarding one, they missed paying attention to the movements of other Italian players. That was when Pirlo sent a pass to Fabio Grosso.

Italian football fans know that Pirlo often played an unpredictable game. He could dodge opponents with just one touch to pass in the opposite direction from his point of view with precision, aiming the ball at goal from a distance many think is impossible. All that could happen for one thing. He understands football.

Changing Pirlo's role from trequartista to regista can also be an example. Both basically have the same task, namely as team playmakers. But if trequartisti tend to only bridge the midfield and front line, registi have a wider range of duties.

Because a regista operates right in front of the defensive line, he must be able to control the overall team play and supply the ball directly to the front players. Regista is also more complicated because it has limited space, unlike free trequartista.

A regista must also understand the space and tactics of the team as a whole. This means that it isn't enough for him to rely solely on individual techniques above average. Pirlo was able to carry out that role perfectly.

Since playing as a regista with A.C. Milan in the 2002–2003 season, Pirlo never looked back at all and won almost all the trophies available from the scudetto, European Champions League, to the World Cup.

Pirlo was a footballer with intelligence above average. Behind each action was a careful calculation of the speed and accuracy of decision making and goals. Given all these considerations, and regardless of success or failure, his work as a coach is worth looking forward to.

Pirlo was capable of being a great player armed with his intelligence. Perhaps the fruit of his thought would also produce achievements in an area he had never imagined before.