Why are there more naked women in movies than men? 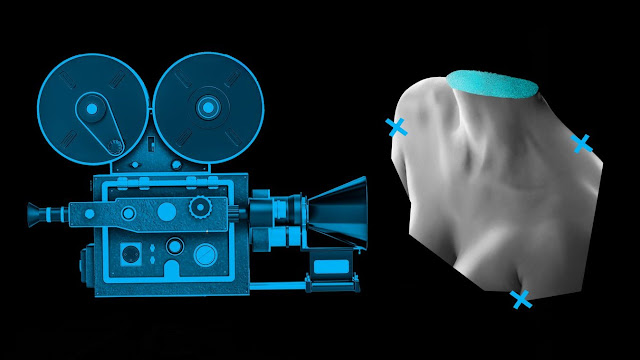 Emilia Clarke admitted that she was uncomfortable when she had to act out several nude scenes in the Game of Thrones series. The actress who played Daenerys Targaryen said she had cried before the scene began. In Armchair Expert, she stated that she initially refused to do the scene, but the drama series creators said she would disappoint viewers because they loved nudity.

It doesn't matter whether the actress likes and feels comfortable with the scene or not. The priority here is the satisfaction of viewers and filmmakers. Even though, not all of the nude scenes performed by the actress enter the storyline.

Nudity in movies does sell. But why should women be naked more often? This is a classic problem. Roger Ebert's pocketbook The Little Book of Hollywood Cliches

documents cliched and unnecessary scenes in the films.

One of the most prominent entries relates to the representation of women on the big screen. When a male character wears looted clothes or shoes in an action movie, Ebert notes, they will always fit very well regardless of the body of the previous owner. Meanwhile, when it is a female character who seizes clothes, they will always be oversized if the previous owner was male or too small and revealing if the previous owner was female. The same book also noted that women would always undress from top to bottom. The scene of a woman taking a shower is also a frequent appearance in the film.

Geena Davis Institute on Gender in Media's research report provides interesting conclusions. The institution Geena Davis founded stated that Hollywood films haven't changed much over the decades. Men continue to dominate the storyline while women who have the role of leader are often described as being smart and likable but, on the other hand, are used as sexual objects.

This means that parts of a woman's body are treated like objects that can be enjoyed through sight or even touch for pleasure and to fulfill the sexual desire. Female characters are generally objectified by cameras and in other dialogues and are sexually harassed more frequently than men.

The same research also mentions female leaders being presented as something rare. Even when presented as a leader, women also appear naked or wear revealing clothes more often. In other words, physicality is the priority aspect of women's appearance in films.

Martha M. Lauzen, executive director of the Center for the Study of Women in Television & Film at San Diego State University, stated that the majority of film directors and writers were male. Men occupied 87 percent of director positions and 81 percent of writers for the 250 highest-grossing domestic film titles of 2019. According to her, this is what causes gender bias to persist in the world of cinema.

Referring to Geena Davis Institute's research, in 56 best-selling films in 2018 from 20 countries, female lead characters were four times more likely to be shown naked than men. Researchers said the best-selling films from 20 related countries tended to be American-centric, the majority of which were United States productions. Of the 56 best-selling films, none of them were directed by women. At least one in four films were produced by women, and only one in 10 had a woman on a screenwriting team.

Actually, there is nothing wrong with appearing naked in a film, especially when the scene is followed by a discussion about female sexuality and sexism. Non-American films often feature naked women. With a note, the cast is naked when sex becomes an integral part of the story, not as a fabricated scene like what happens in American films.

Appearing naked is also problematic if it is done without the consent of the performer or when the actress doesn't have a say in her own body appearance in the film. In other words, the actress was cast in the scene under pressure.

Jennifer Lawrence, Scarlett Johansson, and Kate Winslet once talked about their desire to appear naked in their films. In an interview with CBS News, Lawrence said the nude scene she did in the film Red Sparrow

made her feel empowered.

The statement refers to the case of illegally spreading nude photos on the internet. If Lawrence feels comfortable doing nude scenes in films, then she can have her body again and get back something that was stolen from her.


As for Winslet, her nude acting in films aims to show audiences, especially women, that they must feel confident about their bodies and their imperfections.

If women feel empowered by acting naked, then why haven't there been any statistically significant changes in recent decades? The answer isn't far from big studios that are dominated by men as decision-makers. They maintain the misogynistic belief that a woman's body must be present on the screen.

It is undeniable that sex is a commodity that is always in demand in the market. The dominance of men in executive positions in recent years began to be sued since cases of rape and sexual harassment involving Harvey Weinstein as the perpetrator was exposed.

But behind some actresses who feel empowered through nudity, there are others who are helpless to face it. Margot Robbie, an actress who has appeared naked in the film The Wolf Of Wall Street

, for example, admitted to lying to her family and trying not to return to her hometown.

Actresses at every level in the film industry are often pressured to appear nude or semi-nude, especially in their early careers when they have very limited influence on set, says The Washington Post.

The actress also appeared naked on the screen as a symbol of changing her personality. They do that to prove to the public that they are serious about their career. In this case, the audience is given the opportunity to judge whether the actress is capable of being serious by showing her change in personality.

As a result, on-screen nudity is then considered relevant or directly proportional to the actress's acting ability. However, sometimes the decision or compulsion to appear naked also turns around to destroy the actress's career.

In this case, women must be willing to expose their own bodies in order to gain legitimacy.