We devoured the Sparks movies 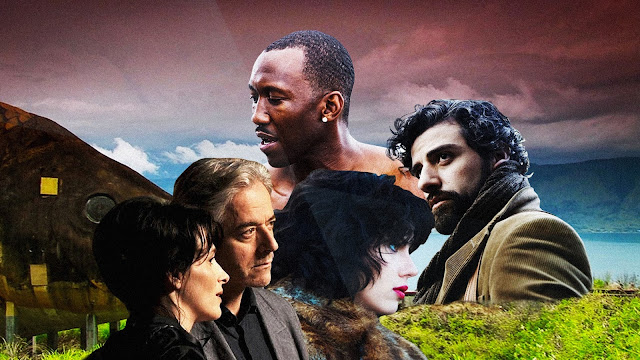 After reading some of the synopsis below, make a mark which is the Nicholas Sparks's film and the Uwe Boll's.

There was a pious Christian girl who met a bad boy who was a fighter. They were joined by a play that was originally intended to punish the boy. The two became close and fell in love until the girl died of leukemia.

A mother of two children was confused because her husband asked for a reconciliation in the middle of the divorce process. While thinking about the right decision, she helped a friend manage a hotel in North Carolina. There, she met a middle-aged man whose life was no less complicated. The similarities made the two close. Unfortunately, they couldn't be together because the man died while visiting his son in the interior of South America.

A former marine tried to find a woman in a photo, which, he believed, had saved him from a wartime explosion. The woman turned out to be the mother of one child who was in conflict with her husband. This soldier and the woman became close and made the ex-husband annoyed. Towards the end of the story, the ex-husband died because he saved his son who almost drowned in the river.

Another scenario was a woman and a man who met after 21 years of breaking up. The two of them visited the funeral of an old friend and took care of the inheritance letter while reminiscing. After they parted ways again, they realized that they couldn't live without each other. It was just then this man died quickly. In the end, he donated his heart to save the son of his old lover.

The answer is, all of them are Nicholas Sparks films. There is no Uwe Boll film.

. You can find a mother of two children who met a doctor and confided to one another in Nights in Rodanthe

. You will witness the love story of a veteran soldier who felt saved by a photo of a girl he didn't know in The Lucky One

. The story of another soldier is in Dear John

, and a woman and a man who met after 21 years in The Best of Me

Just mention the stories between boys and girls who had to be separated because of serious illness or unexpected deaths. If it wasn't the man or the woman who died, it might be the father. Well, that's the plot of The Last Song

. Are you upset that nobody died? Don't worry, there are tips and tricks for living life from the spirit of an ex-wife in Safe Haven


It's not fair not to mention The Notebook

. This is the only film that scored well on Rotten Tomatoes. Perhaps what makes this film different is the setting in the 1940s and the forbidden love due to differences in social classes. Another possibility is because Rachel McAdams had the potential to become a sweetheart after Meg Ryan or Julia Roberts, and Ryan Gosling was very good at being the gloomy pal and sociopath who sold houses.

The typical story Sparks presented could be seen from his first film adaptation, Message in a Bottle

. The film begins with a reporter named Theresa Osborne searching for a love letter addressed to someone named Catherine. The letter was found stored in a bottle that washed up on the shore.

I wonder which journalist goes through anonymous love letters in a bottle? I thought 1999 was a less busy year, so all journalists had free time. My guess was wrong. 1999 was a quite busy year. The House of Representatives began the impeachment of Bill Clinton on January 7. Later that month, the Coast Guard intercepted a ship with a cargo of more than 4,300 kg of cocaine on its way to Houston. The incident was one of the biggest drug raids in history. In November 1999, a massive anti-globalization demonstration rocked Seattle.

, also didn't leave a deep impression. The story also still carries the formula for girls to meet guys and all the things that make them almost unable to be together. Fortunately, the two most recent films don't tell about made-up deaths even though they still involve accidents as one of the story plots.

Another distinctive feature is the composition of the film posters that are just like that: a guy who almost kissed a girl. Remember, almost. It isn't clear what made it almost. Maybe the universe might be afraid of sin. And the second characteristic is a guy hugging a girl from behind.

The movie posters remained unchanged from 1999 to 2016. But it's not just the posters that don't change. During those 17 years, the characters were handsome boys and beautiful girls whose thoughts and actions were very vanilla.

It was these vanilla girls and boys that were featured the most in film marketing and on posters: white-skinned, slender, muscular, attractive, and even better if they were good at singing. Tell me the reasons for not giving roles to Mandy Moore and Miley Cyrus when their music careers were on the rise? The two artists were also depicted as good at singing in the films. Only Zac Efron didn't sing in The Lucky One.

It shouldn't be forgotten that the films were usually set in small towns in the Southern States such as Lousiana, North Carolina, Georgia, and South Carolina. In addition, some scenes would be located on the beach or in a flower garden. Sparks is a Nebraskan writer who has lived a long time in North Carolina. He seemed unable to choose a different setting for the story.


But even though Sparks lacked the imagination surrounding the set, he managed to make America look like the best place to live in and full of warm memories. Instead, the places outside in his films were Iraq, Afghanistan, and a region in South America. These places were depicted as leaving dark memories of the characters, but he forgot the fact that America was what made these countries bitter. Isn't this the most classic and narrow view of the Southern States that love to show off the flag?

Sparks's films were also accompanied by handwritten letters. These letters were usually written to convey to the lovers that their presence meant a lot in the writers' life. But who was still sending handwriting in 2014? Apart from my editor who was born in the 1980s but her body and soul are trapped in the 1880s, the person who still wrote handwritten letters was James Marsden in The Best of Me. Sparks even didn't allow Marsden to send emails or instant messages. But Sparks still tolerated typewriters in the 1990s.

Sparks's other classic depiction, which is more or less depicted in letters, is that the person being left felt as if she had received guidance after her love ran aground. The alternative is those being left felt that their lovers were still accompanying them through heart transplantation or through a gust of wind.

But even though Sparks wrote dramas with plots and elements that were easy to guess, he seemed reluctant to leave his comfort zone.

Perhaps that was the principle that made Sparks's books sell well. Fifteen of his novels are included in the New York Times bestsellers. Oh my! What's wrong with the readers?

The only reason that might make Sparks stop adapting the same old stories is that his production company, Nicholas Sparks Productions, closed in 2016. One of the reasons for the closure of the production house was his latest film The Choice, which grossed just 18 million dollars, far less than his other films that have grossed over 100 million dollars.

Sparks's final planned adaptation since 2015 is the television series from The Notebook. The series will be produced by the television network The CW. This series will still tell about the relationship between Allie and Noah after World War II. However, even though it's been five years, the broadcast date isn't yet known. Hopefully, this series will no longer contain forced tragedies or classic views of the Civil War.

Or worse yet, the vanilla couple will go through a mediocre life before the end, which we all know is separated by dementia.