The dark side of Apple's $2 trillion valuation 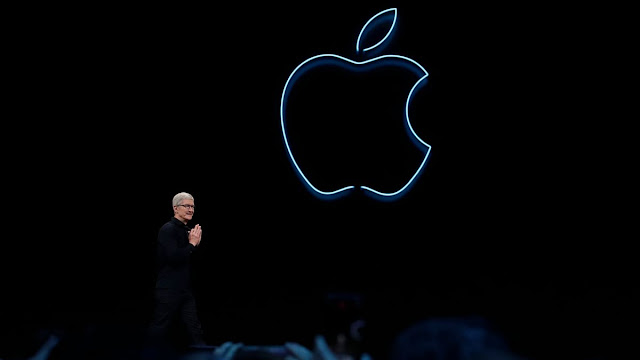 In the mid-1990s, Apple Inc. was on the line, said The New York Times. The reason was that after the coup d'état and banishing Steve Jobs from Apple nearly ten years earlier, the soda seller, aka the former President of PepsiCo, named John Sculley failed to lead.

Under Sculley's control, Apple only succeeded in producing Newton, which failed in the market. There was no other innovation to replace the aging Macintosh line. The absence of innovation was exacerbated by Microsoft's crushing blow.

Under Bill Gates's control, Microsoft monopolized the computer market, binding cooperation with manufacturing companies to produce affordable personal computers. The situation was so bad that Fred D. Anderson, who at that time served as Apple's Chief Financial Officer, even had to issue loan bonds worth 661 million dollars so that Apple could survive.

According to fiscal calculations, Apple lost 867 million dollars, and the company's valuation was only at a three billion-dollar mark at the end of 2007. Compared to Apple, Microsoft, which is headquartered in Redmond, Washington, earned revenues of 11.36 billion dollars, an increase of 31 percent compared to the previous year's 8.67 billion.

After being deducted for expenses, Microsoft made a profit of 3.45 billion dollars. This means that if at that time Apple had given up and sold itself, it would be very easy for Microsoft to buy it. But Apple didn't give up.

Apple instead gambled by spending 400 million dollars not to innovate but to buy NeXT, the startup Steve Jobs created after being kicked out of it.

There were two main reasons Apple bought NeXT. First, a purchase was made to force Jobs back into Apple. The position of Chief Executive Officer was returned to him. Second, Apple was eyeing NeXTSTEP, the operating system created by NeXT.

Through NeXTSTEP, Apple modernized the Macintosh and released macOS afterward. NeXTSTEP is the true ancestor of modern macOS today, and iOS and iPadOS as well, not the Macintosh operating systems version of Steve Wozniak, the real Apple founder.

Apple's gambling via NeXT purchase was successful. Under Jobs's control, Apple practiced the Think different ideology, focusing on strengths they had and creating quality products from them. Finally, the company that had been on the line released the new Mac, and MacBook as well.

In March or not long after the United States declared coronavirus disease 2019 a disaster, Apple's valuation fell below one trillion dollars. Investors panicked, witnessing an uncertain situation due to the pandemic.

However, referring to Apple's unaudited financial report for the last six months ending in June, Apple recorded an increase in sales. Total sales of Apple products reached $170.6 billion, up from $166.3 billion a year earlier, with the Mac and iPad lines being the main booster.

Mac over the past six months contributed 19.6 billion dollars worth to Apple. Meanwhile, the iPad successfully injected money worth 22.7 billion dollars. In a CNBC report, the increase in sales of Macs and iPads was due to the COVID-19 pandemic, which forced many people around the world to work from home.

On the one hand, Apple's success in becoming a company worth two trillion dollars is clearly encouraging. But on the other hand, success in the middle and because of the COVID-19 pandemic is clearly sickening.

The problem in Apple's history of success was closely related to the suffering of a group of people, namely application developers who had been hit by the monopolistic policies of the App Store, and environmental destruction.

It is undeniable that Apple's most successful product that has made this company one of the most valuable in the world is none other than the iPhone and the ecosystem it created, especially the App Store.

iPhone, in short, is the most popular product of all time. Due to this success, the iPhone is known as the Jesus Phone. But now there is an assumption that the status of Jesus Phone has moved to Android. Wait, Android belongs to Google, and even though it eventually co-created the phone, it failed to optimize that ownership status.

Android phones are made by many companies with Samsung and Huawei as winners. Unfortunately, back to the beginning, Samsung and Huawei aren't Android owners. Apple, on the other hand, holds the entire iPhone ecosystem from hardware to, of course, the App Store.

As a retail product, the iPhone didn't appear immediately like the Big Bang. At its most basic level, the iPhone is a product that is produced after mixing various materials. The iPhone 6, by unit weight, which stands at 129 grams, contains 24 percent aluminum. There is tungsten by 0.02 percent of the total weight, silicon by 6 percent, gold by 0.01 percent, and tin, iron, sulfur, and 22 other materials.

Of course, the most basic iPhone materials aren't produced by employees at Apple Campus in Cupertino, California, but by manual laborers in developing countries. Apple admits that the tin used for soldering or brazing the iPhone modules comes from state-owned and private smelter companies in Bolivia.

The problem is that the two companies obtain tin from a mountain called Cerro Rico in Potosí, Bolivia. Although Cerro Rico is fully controlled by a state mining company, the majority of tin miners aren't its workers but independent workers who work under illegal status.

It is recorded that there are about 15 thousand tin miners in Cerro Rico, and to mine in areas difficult to reach by adults, children also work here.

Cerro Rico is like hell. The tunnels that were deliberately bombed in Cerro Rico to mine tin were very stuffy and hot. To make matters worse, the air in the mine tunnels contains silica dust. If they work too long, it is very possible that the miners will develop silicosis, aka inflammation of the lungs.

Due to the viciousness of the Cerro Rico environment, in 2008 alone, 60 child workers died. The number has never decreased. Miners in Cerro Rico have an average life expectancy of around 40 years, one of the lowest in the world.

Indeed, if they are lucky, miners can pocket 50 dollars per day, which is a very large number for them. However, due to the ferocity of the field of work, such a magnitude was rarely achieved. The most beneficiaries, of course, are the tin collectors.

Because Cerro Rico is constantly being mined, environmental degradation is inevitable. It's worth noting that this is just tin, and this is just Cerro Rico. For iPhone raw materials, Apple gets it from various locations, no exception from Indonesia.

Like Cerro Rico in Bolivia, tin is also available on Bangka Island, Indonesia. Through Foxconn, Apple's right-hand man to create the iPhone, Bangka tin has also become the raw material. Unfortunately, the story of Bangka tin is similar to Cerro Rico. In 2014 alone, one tin miner died per week.

Overall, even though one iPhone 6 unit weighs 129 grams, it takes a collection of 34 kilograms of material to create it. Apple only bought the 34 kilograms of Earth materials for one dollar, with 56 percent of that value being paid only to buy gold.

This means that when it successfully sold one billion units of iPhone in 2016, Apple mined 34 billion kilograms of mining materials from the bowels of the Earth.

Extracting mining materials requires water. To create an iPhone unit, Apple needs 100 liters of water. This means that 100 billion liters of water were needed for one billion iPhones.

Apart from water, extraction also sometimes requires cyanide, especially for gold. To process gold, which only accounts for 0.01 percent of the total weight of an iPhone unit, Apple needs 20.5 grams of cyanide.

The suffering of manual labors and environmental damage that occurs to create a product, of course, isn't only done by Apple.

In a Quartz report published in December, Apple said it would clean up after witnessing environmental damage and the suffering of mining workers, especially children. Apple claims it is working on using renewable energy and promises that one day it won't mine Earth materials to create products. Recycling is a way out.

Apple's Vice President of Environment, Policy, and Social Initiatives, in her statement, stated that Apple was now working to eliminate the carbon footprint created by the company.

Apart from the complexity of third parties, the truly capable recycling technology that can be used to make Apple not need to mine materials from the bowels of the Earth isn't yet available. To this day, there is no way to extract cobalt from an old battery. There is also no technology to extract dysprosium and neodymium from magnets embedded in used iPhones.

One of Apple's efforts to be environmentally friendly is to create a robot called Daisy, which is tasked with stripping used Apple products. The problem was that Daisy isn't working at full capacity. Currently, it is only able to remove 1.2 million used iPhones per year.

Is Apple's pursuit of being a green company merely strengthening its brand image, or is it a genuine effort? Only Apple knows the answer.