Chaotic clan and the threat of dynastic politics in Singapore 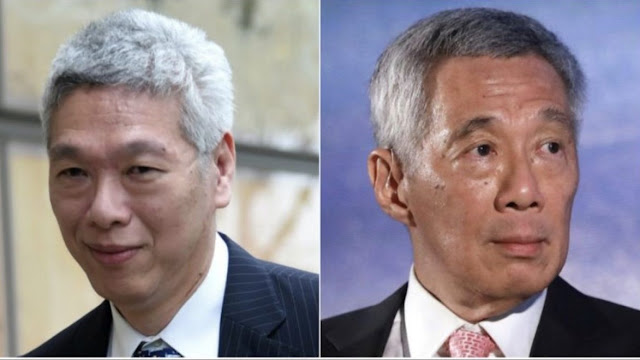 In the middle of 2017, the sons and daughter were noisy. An argument broke out over the inherited house of the father who died in 2015. The deceased in his will requested that the house be destroyed. The second and third children urged their brother to obey the will. But the eldest son insisted that their father's house be made into a monument.

This bickering was the second since March 2016. In the previous uproar, Lee Wei Ling protested against the planned massive commemoration of their father's death. Through her Facebook account, she said the celebration reminded her of her father's visit to China in 1976.

Lee Kuan Yew was in power between 1959 and 1990. Some have praised his government for juggling Singapore from a slum to a metropolis as the title of the biography From Third World to First

. However, not a few have highlighted the eradication of freedom of speech and other civil rights.

CNA reported that Lee Hsien Loong apologized to the public for the commotion. This commotion is suspected to have the potential to lead to a vote of no confidence in the parliament. He has served as the Prime Minister of Singapore since August 12, 2004.


Hsien Loong is the most popular politician of the People's Action Party, which ruled for five decades with 70 percent of the vote in the last election. His victory, it is thought, resulted from public sympathy for his father's death.

The government itself is receiving wide attention from the public regarding the performance of several companies, such as Singapore Airlines, which are said to be bad in their competition with airlines from China and the Gulf countries.

Lee's two other children aren't in politics. His daughter is a neurologist who once headed the National Neuroscience Institute and was a regular columnist in the weekly issue of The Straits Times. The younger son started his career at the Singapore Armed Forces and became a high-ranking officer.

Until 2007, Lee Hsien Yang led Singtel, Singapore's largest telecommunications company. After that, he chose not to work for any government-related company, part of which was controlled by his sister-in-law through Temasek Holdings.


Financial Times uncovered another layer of family disputes. The daily quoted Li Shengwu's statement on the discourse of Hsien Loong's post-2021 leadership succession. Shengwu didn't just want to leave politics. He believes it will be bad for Singapore if the third generation of his family enters politics. Hsien Yang's son claimed to have left Singapore for fear of being repressed by the government.

Although the Prime Minister's office has denied rumors that Hsien Loong is preparing his son as a successor, observers have sniffed the smooth running of Li Hongyi's career from soldier to the Government Technology Agency, which deals with the use of information to improve public services.

By a number of media, Shengwu is often compared to Hongyi. Previously, he served as platoon chief at the Singapore Armed Forces before finally studying at the Massachusetts Institute of Technology and then working at Google.

During his mandatory military service, Hongyi sent an email to a high-ranking officer, protesting the inaction against a colleague who was absent without permission from the assignment. The people of Singapore regard this action as a show of privilege.

Dynastic politics is a striking feature of the newly independent Asian countries after World War II. Pakistan has the Bhutto clan, South Korea the Park, and the Philippines the Aquino. Their political reputation can be traced through the social position of each clan as part of the educated elite during the colonial period who played a major role in the process of decolonization or economic modernization. These last two roles often become the source of popularity.

There are striking similarities between Hongyi and his father. All of his activities, including the email controversy while he was serving in the military, is an effective strategy to build a track record.