What was behind expensive pajamas? 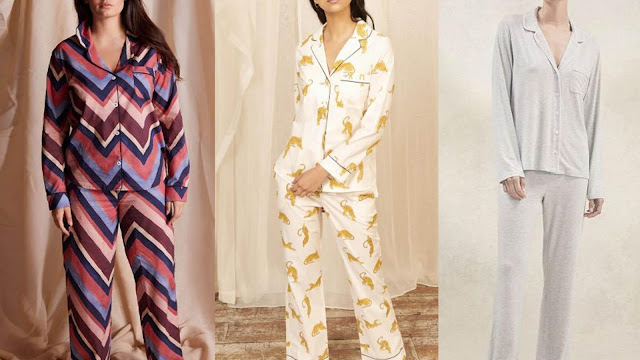 Over time, more versatile sleepwear products were increasingly available on the market, especially through social media. There were at least two major phenomena that underlay the development of these types of clothing in recent years.

Firstly, the rise of pajamas could be seen as one of the effects of human problems with the quality of sleep. In The Sleep Revolution

, Arianna Huffington explained that the reduced quality of sleep was a global problem that was increasingly prevalent in the last 10 years.

Huffington presented the results of a study that mentioned that in Tokyo, Dubai, Singapore, Hong Kong, and Las Vegas, the average duration of individual sleep was six hours per night. The activity then impacted on the coffee retail, which was increasingly prevalent, the sleep medicine, which added to its production, and energy drinks industries.


The causes of this decreased quality of sleep varied. Financial conditions, which forced more people to work, a less conducive environment, and people's desire to always be connected in cyberspace were some of the causes.

Hard workers often sacrificed sleep for other recreational activities, such as film marathon or social media. On one side, it was indeed entertaining, but it gave effects that were not so good for the body. Burnout phenomenon, which was experienced by millennials around the world, also played a role.

Feeling pressured due to the various expectations of the social, work, educational institution environments, as well as the large responsibilities that felt like a burden, could make someone feel tired, experience anxiety or other mental disorders that also had an effect on sleep problems.

Its form started from social media detox, eating food that was cooked by oneself or whose ingredients taken from the plants produced by one's own gardening, doing yoga and meditation, creating space to relax at home, to changing consumption patterns.

The existence of comfortable sleep attire, which was expected to help improve sleep quality, was also present in this context. In the 17th century, sleep clothing was made from cotton material, but today, it had evolved and changed to bamboo rayon, which was softer and cooler on the skin.

Second, the pandemic period forced almost everyone to practice a slow living lifestyle that was expected to avoid stress. Here, the existence of pajamas, which were originally only intended for sleep, turned into everyday clothing.

Roughly speaking, pajamas must also be able to make someone look stylish when doing Zoom meetings at home. The second factor was the reason for the development of SMEs that focus on selling stylish sleepwear in the country.