The story of Pamela Colman Smith, the forgotten tarot artist 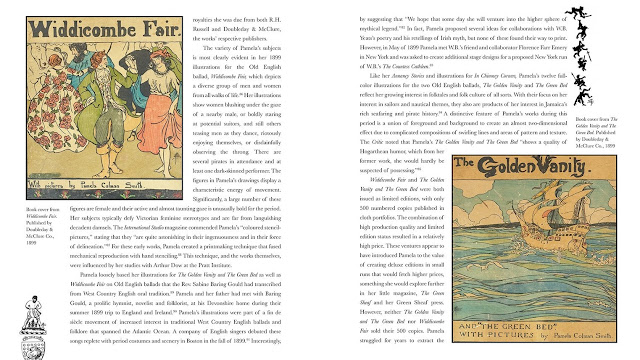 , Eden Gray, an artist and tarot reader, tried to make sure that everyone didn't need a certain talent to read tarot. Tarot today was far more accessible. To read it, according to Gray, didn't require mystical things.

Tarot was also not absent from various feature films, such as Live and Let Die

, which was the eighth film of the James Bond series, or Disney's film titled The Princess and The Frog

. Until now, tarot was still a favorite card game in several countries, such as France, Italy, Austria, Switzerland, and Germany.

On a more modern scale, there were currently many applications related to tarot and special applications for reading tarot that could be downloaded for free. Tarot readings could now also be done online.

In fact, we could be read tarot just by watching a YouTube video without really connecting with the reader. During the COVID-19 pandemic, tarot was discussed again. Tarot reader services were used to predict economic fortune, even when the pandemic would end.

Unlike the 78 cards that were made with difficulty for six months, the name of the artist that made them even less well known. Not many people knew Pamela Colman Smith, the tarot artist whose work had been circulating throughout the world.

by Dawn Robinson mentioned Pamela Colman Smith was born on February 16, 1878, in Pimlico, London. Her mother, Corinne Colman, was of Jamaican descent while her father, Charles Edward Smith, was a white American descent.

Smith's childhood was spent in Manchester, England. Then at a very young age, she made a long sea journey and lived in Saint Andrew, Jamaica. Her biography said she grew up in middle-class norms with her caregivers.

This was only natural at the time because British middle-class mothers weren't really involved in childcare. Nevertheless, children born in the Victorian era were expected to absorb the way of life of their parents.


Smith, who often moved between Britain, America, and Jamaica, was nicknamed Pixie by her friends. Her stature did look tiny and exotic. The style of her appearance was also typical. At the age of 15, she began studying painting and drawing at Pratt Institute, New York, in 1893.

There, Smith received guidance from a lecturer at the institute named Arthur Wesley Dow. As a painter, graphic art maker, photographer, and influential art educator, he introduced Smith to various important styles and ideas that developed at that time, including art nouveau and symbolism, which she firmly stated in her work. Keep in mind, Smith was a person with synesthesia. When playing a musical instrument, she would see the music in color images.

As quoted from an article written by Patti Wiggington, a book writer who was also an expert on paganism in Ohio, on ThoughtCo., Smith left Pratt Institute without a degree in 1897 after her mother died a year before.

Smith then returned to London to help her father and began working as an illustrator. Besides that, she also joined Lyceum Theatre, a traveling theater led by Ellen Terry, Henry Irving, and Bram Stoker. She worked as a fashion stylist and a set decorator. The work wasn't a job that was commonly done by women in the early 20th century.

In 1901, Smith opened a studio in London and a gathering room for writers and actors. She continued to produce illustrated paintings of posters and calendars, and it even branched out into a mini theater. As quoted from an article on Hyperallergic, some of the first projects successfully worked on by her were, including The Illustrated Verses of William Butler Yeats, and her own writings Annancy Stories and Widdicombe Fair.

Smith, wrote Dianca London Potts, a writing lecturer at Pratt Institute, on The Lily, was famous for her miniature theater works inspired by Jamaican folklore and also because of her illustrations that helped make her famous among New York and foreign artists. She became a sought-after illustrator and a trusted figure in her community.

In November 1906, Smith, who was then 28 years old, tried to negotiate with a photographer named Alfred Stieglitz to display pictures and paintings in his Little Galleries of the Photo-Secession, New York.

The gallery was usually used to hold photography exhibitions. But finally, Stieglitz agreed to Smith's proposal. Stieglitz believed Smith's exhibition would make an important contribution to the world of photography.

In the event that opened in the winter of 1907, all Smith's work was sold. Alfred Stieglitz even photographed Smith's works for later sale. After the exhibition ended in 1909, she returned to London.

Smith's life in the mystical world was recorded through her membership in the Isis-Urania Temple of the Hermetic Order of the Golden Dawn founded by poet William Butler Yeats in 1901. Smith studied occultism. In the Golden Dawn, she also met with Arthur Edward Waite who at that time wanted to make a more modern tarot card. He finally asked Smith to make illustrations on the 78 tarot cards.

Elizabeth Foley O'Connor, a lecture in English literature at Washington College and a contributor of Pamela Colman Smith: The Untold Story

, stated that tarot was an important part of Smith's career and writing, but she was also a great figure for the early 20th century because she was ahead of her time. Her life was a remarkable example of racial and gender equality.

Waite wanted to make a tarot card with each piece illustrating something new in his time. Previously, the only cards that had illustrations were the Minor Arcana and sometimes the court cards. Smith gave illustrations with suitable symbols and put them into a small scene that could be read as a story when viewed as a whole.

Previously, the Minor Arcana didn't contain anything except the symbols and card numbers. For example, a Ten of Wands would contain only ten stick figures. Whereas in the Rider-Waite-Smith deck, there would be an illustration of a man who was seen controlling ten sticks. The picture generally represented a heavy burden that must be borne by someone.

As written by Patti Wiggington, in her original illustrations, Smith chose to use gouache, which was a kind of opaque watercolor mixed with natural pigments and binders and often found in advertising.

The set of tarot cards Smith made were then issued by Rider and Sons and sold for six shillings. The tarot card set was commercialized under the name Rider-Waite and lost her name. Even her artistic contributions weren't included in the tarot card set although currently, many referred to it as the Rider-Waite-Smith deck.

Waite benefited greatly from the sale of tarot cards of Smith's illustrations. In the 21st century, the Rider-Waite-Smith tarot deck was ranked number one in the world from fifty sets of cards according to the Tarasophy Tarot Association. Quoted from Vice, some astrologers also stated that they used the Rider-Waite-Smith deck to read to others or themselves.

Nevertheless, the Rider-Waite-Smith tarot deck wasn't free from criticism. In Dawn Robinson's book, it was stated that there were those who called the illustrations too old and even patriarchal.

Two years after illustrating the iconic tarot card, Smith converted to Catholicism and added Mary to her middle name. In 1917, she received an inheritance from her uncle, which made her more independent. Then the following year, she opened a residence for Roman Catholic priests in the seaside town of Bude in northern Cornwall.

Smith's name continued to fade. She didn't get the financial security she had hoped for. She also didn't get the recognition she deserved. After World War II in 1946, with her declining health, she made her last visit to the United States.

Smith died in Bude, Cornwall, in 1951 due to heart disease. After her death, her paintings and drawings were sold at auction to pay off all of her debt. The house bought from her uncle's inheritance fell into the hands of Nora Lake, her best friend for sixty years.

Pamela Colman Smith never married, didn't have a child, and never had a relationship with a man. Until now, there were no definite sources that could mention her sexual tendencies. She often spent her time in a women's organization whose many members would later be known as queer.