The English became the sultan: the history of the white king dynasty in Sarawak 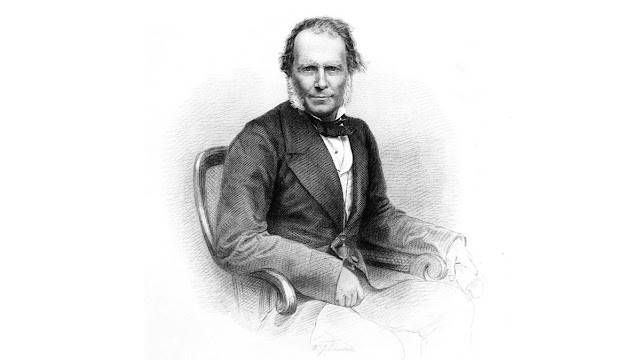 Ensign James Brooke, a young Bengali soldier, had to be treated in England and unable to fight Burmese in 1825. That was the second time he went to England. The first was when he had to go to school for about four years there at the age of 12. On the second occasion, he lived in his ancestral land until 1830.

The ground he stepped on and the water he drank after birth into the world was India's Banares. That was because his father Thomas Brooke was a high employee in the East India Company (EIC). According to Nigel Barley in his book White Rajah

, he was the fifth child of Thomas and his wife Anna Maria. His parents set the family of English bureaucrats.

Early in March 1830, he sailed back to the country of his birth. After months of going to sea, he landed in India. He took part in the EIC voyage to China and Southeast Asia where he learned to become a trader although it didn't work. In that year, he already had a schooner called Royalist.

When the ship sailed to the Far East to seek its fortune in 1838, James was already 35 years old. The ship was finally anchored in Sarawak, North Kalimantan, which was now a part of Malaysia. There, the ensign became a supplier of British goods to the king.

From Sarawak, Royalist was sanctioned to transport Kalimantan forest products. Pangeran Muda Hashim, the uncle of the Sultan of Brunei, also asked him for weapons and soldiers, including 14 Javanese.


When things got worse in Sarawak, Pangeran Muda Hashim was in Brunei Darussalam, involving in the machinations of the Sultanate Palace. In Sarawak, apparently, the Malay nobles weren't getting along with the Dayaks when Brooke and his Royalist entourage arrived.

The feud of the Dayaks with the Sultanate of Brunei was a blessing for James Brooke. The ship, which was bought with money inherited from his father, could bring many weapons and other merchandise needed by the political forces in Sarawak.

As a trader connected with the EIC and the British Empire, James had a crew of armed soldiers besides sailors on board. If he needed additional troops for war, he would certainly be given assistance.

The rebellion of the Dayaks against the Malay nobility, which took place in 1836, was easily ended. He emphasized more on negotiations. The completion of the Dayak uprising led the Sultan of Brunei to give Brooke seven thousand square miles of land in Sarawak.

With his land, James the Adventurer, on September 24, 1841, claimed himself to be both the Governor and the King of Sarawak. In August the following year, he was recognized by the Sultan of Brunei as a king. Dayaks became his important allies.


James Brooke, who ruled the Dayak majority country, liked to sell the ethnic group abroad. When he became the Caucasian king in Sarawak, the British Empire blessed him. There was no colonial power in Asia that bothered him, likewise the local kings. He helped the Sultan of Brunei to crush the heresy of Dayak rebels, but then he stripped down his power.

Brooke became king until his death in 1868 after being in power for more than a quarter of a century. Because he was never married, the throne of Sarawak turned to his nephew Charles Anthoni Johnson Brooke.

Previously, James was staying with another nephew, John, who was once the Viceroy of Sarawak, but who became his successor was the first Brooke. If his uncle was known as James of Sarawak, Charles was then famous as Charles of Sarawak.

Unlike his uncle who was born in India, Charles was born in England, likewise his sons Charles Vyner and Bertram who became the King and the Viceroy of Sarawak. Charles was in power long enough until he died on May 17, 1917, in England, which was about 48.5 years.

Charles of Sarawak was then succeeded by Charles Vyner Brooke who was in power until July 1, 1946. He was in power not as long as his father, only 29 years. In the last years of his reign, Sarawak was occupied by Japan, so he and his family settled in Sydney when World War II raged.

Charles Vyner Brooke returned on April 15, 1946. On July 1, 1946, he handed over Sarawak to the British Empire. After that, there was no dynasty of white kings who reigned for almost 105 years there.

Sarawak was finally granted independence by the British on July 22, 1963.