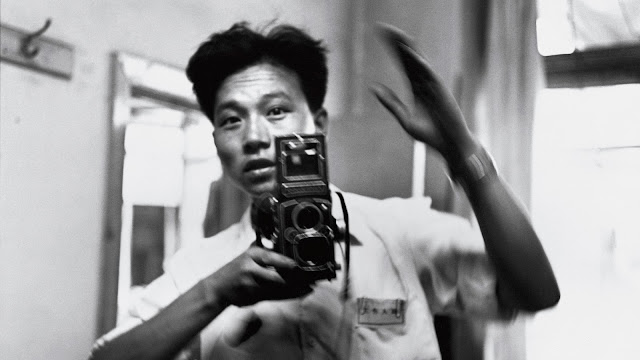 In 1966, Mao Zedong, who founded the People's Republic of China in 1949 after leading thousands of guerrillas to hit Japanese and local fascists such as Chiang Kai-shek, had major problems. Coleman Lowndes, in his presentation to Vox, explained the problem. Mao was aging. The aftermath of his aging was clearly overwhelming.

In his old age, Mao, with his Great Leap Forward, promised the Chinese people prosperity in a short period of time by forcing the rural labor force to farm on state-owned land and produce steel in large volumes nonstop. Coupled with the natural disaster, this rash policy made millions of Chinese people miserable and starve to death.

After Nikita Khrushchev ascended to the throne, he declared destalinization to disarm Stalin's inheritance, a thing which, Mao said, was very likely to happen to him when he was no longer in power even though he wanted to be remembered like Vladimir Lenin and Karl Marx.

At the same time, rumors of his health deteriorating and even news of his death spread among Chinese society. Mao, in a short story, needed a movement to secure his good name. The movement, which was announced on May 16, 1966, by the Central Committee of the Chinese Communist Party, was the Great Proletarian Cultural Revolution.

Austin Ramzy, in his presentation for The New York Times, stated that basically, the Cultural Revolution was a political elite movement to assert that Mao was still in power and, through the hands of young men, to finish off his opponents, ransack the Communist Party hierarchy, and beat intellectuals, those labeled as class enemies and accused of having a bond with the West.

A photo, taken by his private photographer whose identity was unknown, informed his might throughout the country. It was finally put in Time as one of the hundred most influential photos in the world.

Unfortunately, the propaganda photo, which started the Cultural Revolution, was denied by the photographs of Li Zhensheng.

His name was given by his grandfather. It meant like a famous song whose owner would be popular in all corners of the world. Li was a Chinese photographer who was born on September 22, 1940, in China from a revolutionary family. His father, a cook on the ship, joined the Communist Party.

At a young age, Li lived in the city of Dalian and learned to paint at the art center with a schedule of three nights per week. When Mao started the Leap program in the late 1950s, Li, who was considered to be in the labor force, was required to work as a laborer to produce iron.


But because Li considered himself incompetent at the job, he asked for another assignment to be part of the mural painting team. He finally painted a dragon mural that was wading through the ferocious waves, the symbol of the Great Leap Forward.

After becoming part of the mural painting team, Li returned to school where he was asked by his teacher to form a photography club and became its chairman. A Brownie, made in Czechoslovakia, was the school's first camera. From this club, he fell in love with photography.

After graduating from high school, Li went to college, majoring in cinematography at Changchun Film School in Jilin Province. Unfortunately, in 1963, due to the Great Leap Forward program that didn't run smoothly, the campus was closed, and he then worked in Harbin as a photojournalist for the Heilongjiang Daily.

Later, Li felt, as a photojournalist in turbulent China, he had no choice but to flatter the Cultural Revolution. As he wrote in Red-Color News Soldier

, he also believed in Mao like most Chinese people.

According to Li, an attitude of trusting Mao arose because he was trying to prevent China from changing its color, that they were all moving toward prosperity and a strong country. Because of this trust, which was felt by the majority of the Chinese people, many students in China had joined to become part of the Red Guards.

Referring again to Ramzy's writings, the Red Guards was a special force established to launch the Cultural Revolution program. The Red Guards was filled with students. Mao's political enemies, including the elders of the Communist Party who opposed him, became the main target. Under the campaign to eliminate the Four Olds, the Red Guards destroyed historic sites. Slowly, the Red Guards became brutal, something Li didn't realize.

Li was given a Leica M3 and a Rolleiflex, which was later replaced by the company with a cheap Shenzhen camera, complete with 15 rolls of 35-mm and 120-mm film every month. But what he should pay attention to, during the celebration, photojournalists were strictly forbidden from taking negative portraits of the Cultural Revolution.

Some of his photos were about the execution of six ordinary criminals and two dissidents who, Li said, were shot after being lined up. Nobody asked him to take a portrait of the corpses, but that was what he did.

In August 1966, Li even saw firsthand the brutality of the Red Guards. At that time, members of the Red Guards beat civilians and Governor Li Fanwu while shouting slogans of capitalist accomplices for fabricated reasons. Historical records mentioned the Red Guards slaughtered many Chinese people. An estimated 50 thousand to eight million people died.

Another reason, as told by the book Li wrote, was that his teacher, who photographed Mao in the 1930s, once said that the job of a photographer wasn't just as a witness of history but to record it. The good and bad of the Cultural Revolution, according to him, were the same history that must be recorded.

Unfortunately, even though it wasn't published, many people knew Li was violating the rules of duty as a photojournalist in the actions of the Cultural Revolution. He was caught photographing violent acts of the Red Guards.

On October 1, 1968, Li was even hunted by the Red Guards. Around his office were posters bearing the words: Hit Li Zhensheng! Destroy his base!

For his actions, his colleagues at the office didn't like him. In fact, Li was accused of being a new bourgeoisie, a social class that was clearly the main target of the Red Guards.

Fortunately, when the Red Guards stormed his office, Li had moved the negative of the portraits into his home. And when Mao died in 1976, he gained the belief that the cruel portraits of the Cultural Revolution wouldn't end in his drawers but in the hands of the world public.

In 2003, almost 40 years after the Cultural Revolution was over, through his book, the tragedy was clearly displayed by photographs of his work even though the Chinese government was keen to make the book not published.