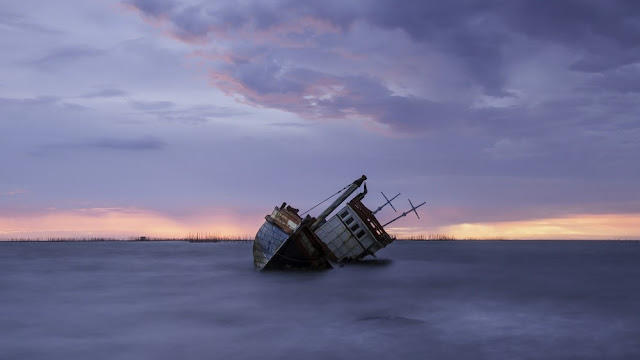 KRI Teluk Jakarta sank in the waters northeast of Kangean Islands, East Java, on Tuesday at around 9 am local time. Like KMP Tampomas II that caught fire and sank nearly four decades ago, this Navy warship was also a used ship. KMP Tampomas II was brought from Japan while KRI Teluk Jakarta was from the former communist state of East Germany in 1994.

Based on Presidential Instructions no. 3 on September 3, 1992, President Suharto decided to purchase 39 warships consisting of 16 corvettes, 14 LSTs, and nine minesweepers. The price of the entire ship was 482 million dollars.

The purchase of KRI Teluk Jakarta along with 38 other vessels had a stir because the price of the ships had swelled to 62 times. It was published after nine ships had arrived in Indonesia. A ship which was later given the name KRI Teluk Banten had ever been boarded by Tien Suharto.

So, on June 21, 1994, Tempo which dared to preach the markup for the purchase of the ships was banned. The case also dragged State Minister for Research and Technology Bacharuddin Jusuf Habibie.

Habibie was the purchasing team coordinator. But he denied raising the purchase price which was considered disproportionate. According to Habibie, the additional cost occurred because the used ships were modified to be able to adjust to the Indonesian climate.


Suharto's move to buy 39 former East German warships in 1994 was similar to Sukarno's who bought sophisticated ships in the early 1960s. The New Order then began to build a Navy base in Teluk Ratai, South Lampung. And around the base was the Headquarters of the 4th Naval Infantry Brigade and two battalions.


Purchased only to postpone its destruction

KRI Teluk Jakarta with hull number 541 was an LST that was commonly used to land vehicles and marines in amphibious operations. Before becoming part of the Indonesian Navy's fleet, as A.D. Baker noted in The Naval Institute Guide to Combat Fleets of the World

, this ship was named Eisenhüttenstadt with the hull number 615.

The Frosch I-class type 108 ship was built by VEB Peenewerft in Wolgast, East Germany, in 1979 for the Volksmarine. After West and East Germany reunited in 1990, Eisenhüttenstadt 615 was included in the C-class ship which would not be part of the German fleet.

Before being bought by Indonesia, the ship was only waiting for time to be destroyed. Nevertheless, the Indonesian Navy was confident that the former East German vessels would remain reliable. One of the tasks of KRI Teluk Jakarta was to patrol and to crack down on foreign ships that stole Indonesian marine wealth. When Indonesia was about to end its existence in East Timor, KRI Teluk Jakarta, together with KRI Cirebon and KRI Parigi took 20 trucks home from the former Portuguese colony.

The age of KRI Teluk Jakarta was relatively old. Since it was built in East Germany in 1979, this ship had been operating for more than four decades. Similar ships with KRI Teluk Jakarta, such as KRI Teluk Peleng and KRI Teluk Berau, were no longer in operation.


KRI Teluk Berau, which was in the East German Volksmarine fleet named Eberswalde Finow with hull number 634, had retired since 2012 and was targeted in the 2013 Navy joint training. KRI Teluk Peleng, which was originally named Lubben with hull number 631, sank when it was leaning on Pondok Dayung Harbor, Jakarta.

Now, the Navy ships of former East Germany are probably just waiting for retirement. If they are forced to keep operating, it is not impossible that their fate would be like KRI Teluk Jakarta which sank after experiencing a leak and being hit by high waves.