Lee Keum-som's last memory of her son was when his baby was four years old. Together with her husband, daughter, and son, she was displaced by the Korean War which broke out in 1950. In the midst of the hustle and bustle, she lost track of her son and husband.

They only met again after 68 years. Lee was 92 years old in August 2018. Her body felt paralyzed when she was chosen as one of the participants of the family reunion that would be held by the governments of South Korea and North Korea.

The age of Lee's son Chang-sol, at the meeting, was 72 years old. Trying as hard as possible, Lee might not recognize the changes that occur in her son. When separated, the child's face might appear innocent with a height below three feet.

Now, Chang-sol, Lee's son, had entered old age. Chang-sol's face had wrinkles. His hair might have turned white or had fallen out, and his teeth might not be perfect because of age. However, that was Lee's last memory of her son which she could hope for.

The war had made Lee miss a valuable teen life for her son. Would it be okay to hug her 72-year-old son?

This situation was welcomed by some Koreans. The Washington Post in its video interviewed several South Koreans. All of the four residents appreciated the meeting which was considered impossible. Their hope was that this meeting would become a door to re-establish good relations between the two countries. Reintegration might not happen in the near future, but Oh Han-boon hoped people could live in peace.

But after almost two years, relations between South Korea and North Korea were heating up again. After a coveted peace was apparent at a glance, it was not impossible that the two countries would re-engage in the cold war and threaten each other as before.


The anger of North Korea 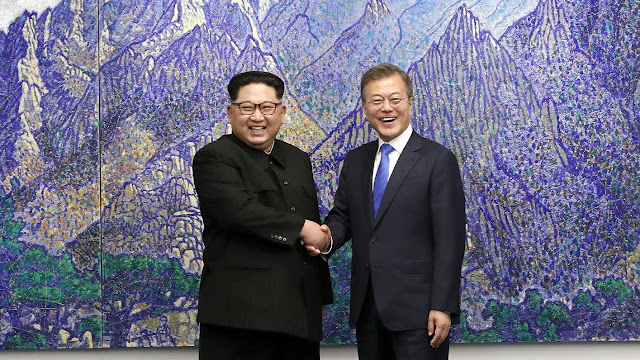 North Korea's peace with neighboring countries began with its meeting with two of its archenemies, South Korea and the United States, South Korea's allies since the civil war in 1950. Kim shook hands with President Donald Trump in Singapore in 2018, two months after a dream meeting with South Korea.

The US only agreed on the point of North Korea disarming its nuclear weapons. This attitude of not wanting to succumb to one another later led to a deadlock in the denuclearization of the two countries.

North Korea slowly wanted a new request to remove its nuclear weapons. They wanted the United Nations to revoke all sanctions imposed on North Korea in addition to those related to weapons of mass destruction.

Since 2006, at least nine sanctions had been imposed on North Korea. These sanctions included a ban on the export of weapons and luxury goods, the destruction of cargo ships suspected of carrying nuclear weapons or research on nuclear weapons, and the prohibition of exports of mining goods, such as gold, titanium, vanadium, or other minerals. This series of sanctions automatically harmed the North Korean economy.


The US itself had decided to freeze the assets of every company that provides raw materials and services for North Korea. In March 2019, the US also imposed sanctions on two Chinese ship companies that were found trying to help the North.

In a meeting with President Moon, Trump said sanctions against the North had so far been in the right stages. He wanted sanctions to remain that way even though he had the choice to raise them. Since North Korea requested to revoke all sanctions from the United Nations, the US had given a signal that it would not submit to the request. Despite wanting to disarm nuclear weapons, Trump said the North Korean request could not be done because not only the US but other countries and the United Nations must be willing to do the same.

China and Russia had tried to ease the pressure on the North. The two countries asked the United Nations to lift sanctions against the North in order to achieve the denuclearization program that was the desire of the US.

However, for the request to pass, the United Nations must obtain approval from nine out of the 15 countries involved and no veto from Russia, China, Britain, France, and the US. Trump himself supported this discourse, but in practice, the US refused. United Nations sanctions still apply today.

The New Year's Eve of 2020 became a great sign for the continuation of North Korea's relations with South Korea and the US. For some others, that day was a sign of endless patience. Kim stated that he would no longer be bound by the agreement that had been agreed with the US. 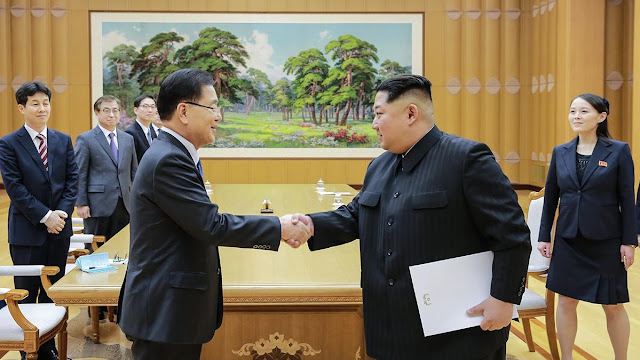 North Korea would defend its nuclear weapons and said it would immediately prepare a new weapons strategy. In January 2020, the North Korean government alerted its citizens to prepare for the economic situation which was quite difficult because the US, according to the North, implemented an unfriendly policy.

March 2020, the situation became tense after the North launched six unidentified objects. The North Korean authorities said the launch of the six objects as part of military exercises for its troops. The Japanese who witnessed the event identified the object as a missile.

This was the first time since North Korea had not conducted missile trials. Previously, the North launched a missile test in November 2019. North Korea's relations with the US and South Korea were at a stagnant stage as before.

A growing issue was that Kim was suffering from a serious illness. One piece of information circulating was that he had a heart operation. Later on, this news was countered by China and South Korea. His condition was in good health, and it was too early to talk about his successor.

In May 2020, a shootout took place between North Korea and South Korea at the border posts of the two countries. There were four bullets that came from North Korea. South Korea itself fired 10 warning shots so that the North would stop its actions. 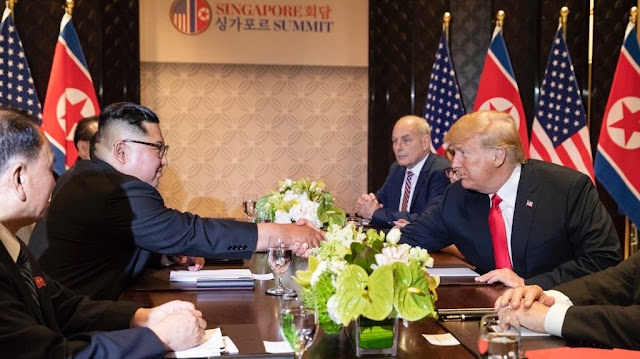 The shot actually violated the Panmunjom Declaration agreed by both parties in 2018. The US itself considered the shot as a form of accident. In June 2020, balloons containing flyers protesting Kim landed at the border post.

Although this anti-nuclear campaign had been carried out by activists and defectors from the North for years, the reaction of the North was now different. At least, the number of leaflets reached five thousand. 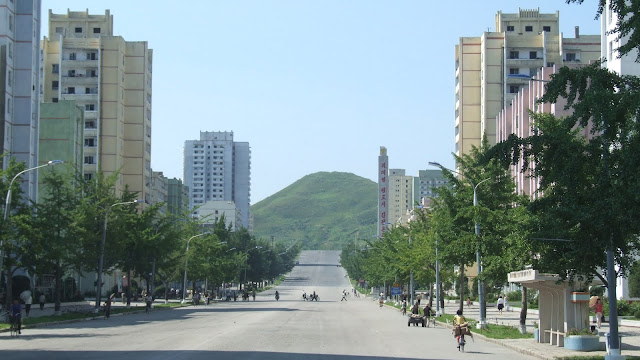 North Korea had also threatened to send military troops to the border post at Mount Kumgang and the Kaesong Industrial Region. The two regions were managed jointly by Korea. Blasting an office in Kaesong was important because it was built as a concrete proof of peace between the two countries in 2018. It betrayed Korea's hopes of peace.

Plans to send military troops had been postponed temporarily. This decision was taken a week after the explosion. BBC analyst Laura Bicker suspected Kim and his sister were playing the role of the evil and the good.

There was something Kim wanted to achieve, but clearly, South Korea was not safe. The aggression was only postponed, not stopped. Relationships that had been fostered for two years could now crack again.

South Korea's Minister of Unification Kim Yeon-chul had resigned his post. This resignation was only a few days after the explosion due to his inability to maintain good relations between the two Koreas.

South Korea this time also did not want to budge and said nothing. Chief of Staff to the President of South Korea MG Jeon Dong-jin vowed to strike back at any military action carried out by the North. North Korea would pay for all its military actions.

They monitored the movement of North Korean troops. They had alerted the troops and would try to stop the increase in military tension.