Hoax and facts related to arsenic, vitamin C and shrimp 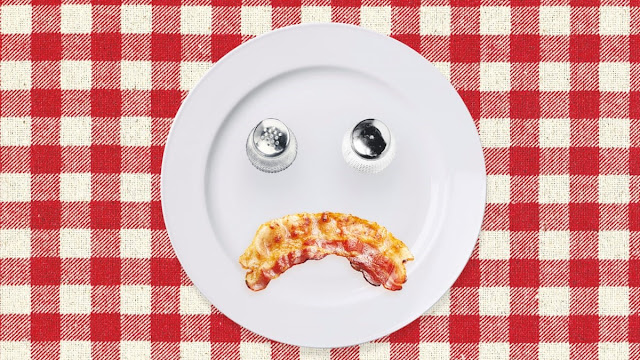 Recently, information related to arsenic has again spread in the Whatsapp group. The information involved the news of a girl who died and the known cause of death was arsenic poisoning. However, arsenic found in the girl's body was not consumed intentionally but rather caused by a reaction to food.

Is it true that arsenic poisoning is caused by consuming certain food combinations such as vitamin C and shrimp?

This information is categorized as misinformation. Furthermore, it is not possible for a noodle manufacturer that has passed the FDA certification to intentionally use arsenic in its raw material.


Arsenic or arsenic pentoxide is an inorganic compound with the formula As2O5. As stated by Greenwood and Earnshaw in Chemistry of the Elements

, this compound is dense, white in color, and relatively unstable.

In addition, arsenic with +5 oxidation number itself is rarely found. The compound that appears more frequently is arsenic trioxide. All arsenic compounds are very poisonous, so they cannot be used openly in food.

Quoting the World Health Organization on its official website, arsenic is a natural component of the earth's crust and is spread in the air, water, and soil. Arsenic is very poisonous in inorganic form.

Arsenic is used industrially as an alloying agent, as in the processing of glass, pigments, textiles, paper, metal adhesives, wood preservatives, and ammunition. To some extent, arsenic is also used in pesticides, animal feed, and medicine.


Fish, shellfish, meat, poultry, dairy products, and cereals can also be a source of arsenic food, although exposure to these foods is generally much lower compared to exposure to contaminated groundwater. In seafood, arsenic is mainly found in organic forms that are not too toxic.

Still from WHO, tobacco smokers can also be exposed to natural inorganic arsenic exposure because tobacco plants used to use the lead arsenate insecticide.

If someone experiences acute arsenic poisoning, symptoms that are found include vomiting, abdominal pain, and diarrhea. This reaction is followed by numbness and tingling, muscle cramps, and to some extent, death.

Then, the long-term effects of arsenic exposure can usually be observed on the skin, such as changes in pigmentation and spots on the palms and soles of the feet. This occurs after at least five years of exposure and might be a precursor to skin cancer.

Still from WHO, in addition to skin cancer, long-term arsenic exposure can also cause bladder and lung cancer. The International Agency for Research on Cancer has classified arsenic compounds as compounds that are carcinogenic to humans.

Long-term and large-amount exposure to inorganic arsenic, mainly through drinking water and food, can cause chronic arsenic poisoning. Skin cancer is a common arsenic effect.

Furthermore, information related to poisoning reactions due to consuming seafood and vitamin C which is suspected to cause arsenic poisoning has been confirmed to be misleading by Africa Check. This information has spread through social media and the Whatsapp platform in Africa since 2019.

According to Vincent Idemyor, professor of Clinical Pharmacology at the University of Port Harcourt in southern Nigeria, still from Africa Check, arsenic poisoning occurs when a person has high levels of arsenic in the blood. However, these compounds in small portions are also found through the food, air, and water we drink.

Idemyor also added vitamin C and shrimp were healthy foods. This combination is not dangerous at all. Poisoning can only occur if seafood is indeed poisonous.

Based on the explanation of this fact, it can be concluded that disinformation related to arsenic poisoning due to consumption of a combination of vitamin C and shrimp is false and misleading.