Get to know the bubonic plague 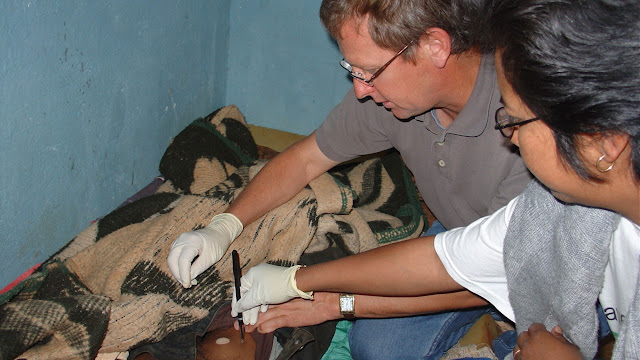 Bubonic plague, a disease caused by Yersinia pestis, was recently reported in China. Reporting from the Xinhua News Agency website, the Chinese Ministry of Health conveyed the bubonic plague through a press release.

A new case, confirmed on July 5, 2020, infected a shepherd in the northern city of Bayannur. Now the Chinese government must face the bubonic outbreak. The local government has issued a warning to prevent and control the outbreak that will last until the end of 2020.

It also urged the public to increase self-protection because all regions have risks. A ban on not hunting and eating animals that cause bubonic plague has also been issued. In addition, the public is encouraged to report any findings of dead guinea pigs and other animals and patients with high fever whose cause is unknown.


What is the bubonic plague?

Bubonic plague is a disease caused by Yersinia pestis. This disease is transmitted by mice that are infected through fleas to humans. The bacteria enter through the bite and move through the lymphatic system to the lymph nodes and replicate.


The lymph nodes then become inflamed, tense and painful, and are called a bubo. In the advanced stages of infection, the inflamed lymph nodes can turn into open sores filled with pus. Dr. Shanthi Kappagoda, a specialist in infectious diseases at Stanford Health Care, said the treatment of this bubonic outbreak was clear, so there is no need to worry.

Doctors usually prescribe antibiotics for healing. Proper prevention will reduce the risk of contracting the bubonic plague. They know how to prevent it. Avoid handling sick or dead animals in areas where there is infection.

They can treat infected patients effectively with antibiotics, and give antibiotics to people who might have been exposed to bacteria to prevent it. In addition, bubonic plague transmission rarely occurs between humans, because transmission occurs directly with animals.

Bacteria can enter the body if the skin is exposed to the blood of an infected animal. Domestic cats and dogs can be infected by an outbreak due to flea bites by eating infected mice. The bubonic plague, Yersinia pestis, is transmitted to humans through tick bites that previously ate infected animals, such as mice, squirrels, rabbits, dogs, voles.


Reporting from the Mayo Clinic page, bubonic plague is characterized by swollen lymph nodes in the first week after infection.

Here are the symptoms:

1. Located on the groin, armpit or neck.

3. Soft and firm to the touch.

3. Fatigue or not feeling well.

The bubonic plague will not infect you if prevention is done properly.

The followings are the prevention methods recommended by the Centers for Disease Control and Prevention:

1. Clean the environment, especially homes, workplaces so as not to cause the occurrence of nests of rodents. Clean woodpiles and food scraps regularly.

2. Use gloves when handling animals that have the potential to be infected with fleas and bacteria carrying bubonic plague. If necessary, contact your local health department if you have questions about the disposal of dead animals.

3. Use mosquito coils when doing outdoor activities, or in nature such as camping, and hiking.

4. Keep fleas away from your pet by using anti-flea products. Animals that roam free are more likely to come in contact with infected animals or ticks and can bring it home. If your pet is sick, consult a veterinarian immediately.

5. Do not allow dogs or cats to roam freely in the house and in the bedroom.