The Battle of Saipan and Japanese officers' hara-kiri 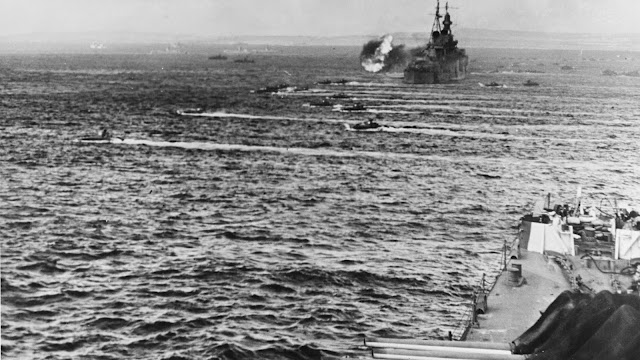 Vice Admiral Chūichi Nagumo was a senior officer of the Kaigun, the Imperial Japanese Navy, on the Pacific front. When the Japanese attacked Pearl Harbor on December 7, 1941, he was the Commander of the First Kaigun Air Fleet.

If in the Attack on Pearl Harbor Nagumo was brilliant, in the Battle of Midway, in mid-1942, he fell. He was then sent back to Japan for some time. Two years later, he began to be involved again in Kaigun training.

When Japan was increasingly pressed in the Pacific, on March 4, 1944, Nagumo was dispatched to the Mariana Islands to serve in Saipan. For US troops, the 115 square kilometer island was very strategic for carrying out attacks on Tokyo.

Saipan's distance from Tokyo was about two thousand kilometers. This distance can be traveled by long-range bombers such as the B-29. So, it was not surprising that the United States was trying to seize it, and of course, Japan was desperately defending it.

Since dawn, on June 15, 1944, exactly today 76 years ago, the Marines had been preparing. The initial landing, before the invasion hour at 08:30, as noted by Major Carl W. Hoffman in Saipan

, in general, there were no reports that were too disappointing.

said that June 15, 1944, would be a brutal day. Before the Marines landed, the island was first bombarded with gunfire from various cannons. When the time showed 05:42, Vice Admiral Richmond K. Turner ordered that the Marines immediately landed on the shore along with its combat vehicles.

The first wave of attack was armored amphibious vehicles with a 75 mm caliber cannon. In Saipan, the Japanese military had 32 thousand troops led by Lieutenant General Yoshitsugu Saitō. He worked under the command of Nagumo.

The Japanese defense was not very good. The reasons were two. First, Japanese transport vessels that usually carried troops and logistical supplies had been sunk by US fleets. Second, the Japanese high command thought that Saipan would not be attacked by the enemy.

When Saipan was attacked, Saitō ordered his 32 thousand troops to destroy the enemy when they arrived at the beach. Company G of the First Marine Batallion, led by Lieutenant John Chapin, was the first target of Japanese troops when they stopped in the small village called Charan-Kanoa to fetch water.

These troops only arrived after an undetermined trip from the beach. They were washing and resting when suddenly mortars started falling on them. They didn't know it at the time, but in the tall chimney, there was a Japanese observer nearby. 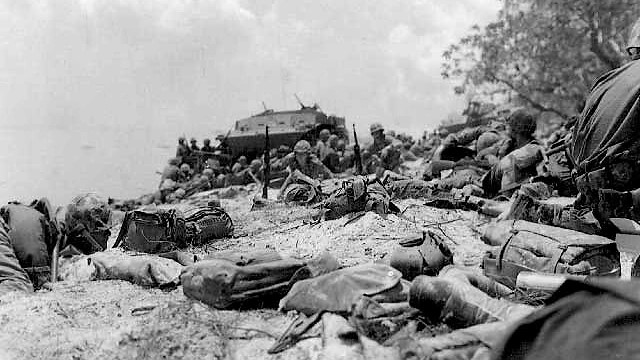 The observer looked at them. It didn't occur to them that someone could be in the chimney after all the preparations for naval fire and everything that had been fired into the area, but he was there just fine. Many Japanese soldiers hid in caves when the guns of the Navy rained them with gunfire.

They must work hard to penetrate these defenses. The use of mortars by Japanese soldiers took quite a lot of casualties from the landing forces. The atmosphere of the Battle of Saipan was more or less depicted in the film Windtalkers

Japanese soldiers had limited bullets, but their guts and patience were amazing. In the Battle of Saipan, as depicted in the film, the use of Navajo codes did exist. This was used so that Japan could not capture messages between US troops.

The battle lasted for weeks. In early July 1944, Saipan was increasingly surrounded. On July 4, the Japanese discovered the fact that they had been completely locked up. All hopes had been lost. Lieutenant General Yoshitsugu Saitō's health worsened.

In a secret meeting of the Japanese army, their choice was to die in a cave or carry out an attack and fight until they spilled. The second choice was taken by those who were still capable of fighting. Saitō, who was old enough, realized that it would be difficult for his men if he continued to fight.


Saitō finally chose hara-kiri in the cave. A farewell party held before the Japanese-style suicide was carried out on July 7, 1944, at 10 a.m. Two hours before hara-kiri, he made daily orders to all his subordinates in Saipan.

For Saitō, after more than 20 days of good resistance with the remaining Japanese troops, he said that God was not giving him a chance, and only death awaited them. After his stomach was torn and scattered by a short sword, he was shot in the forehead by his subordinate.

Vice Admiral Chūichi Nagumo did the same thing. After hara-kiri, the back of his head was shot by his aide. For them, hara-kiri was more honorable than defeated. At the end of the battle, the United States captured the remaining 921 Japanese troops, including 17 officers.

The United States lost 3,426 soldiers from a total of 67,451 people. The capture of Saipan in July 1944 was a nightmare for Japan. Hell seemed before their eyes.