Learning from the Spanish flu, the second wave of pandemics could be more dangerous 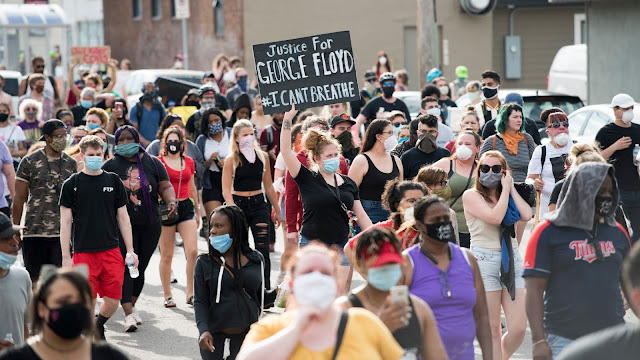 This past month, the new normal was rolled out. New normal was interpreted as a scenario to accelerate the handling of COVID-19 in health and socio-economic aspects. This situation was clearly not ideal. Even though confirmed cases were declining, this did not necessarily mean COVID-19 had completely disappeared.

When the lockdown was revoked, and the new normal was run, people who had been restricted were freer to move. Even though health protocols had been established, the increased movement of people was still prone to cause new spikes in infections.

This was nothing new. The great pandemics of the past had never come in just one wave. In this matter, we could reflect on the history of the 1918 Spanish flu pandemic.


The first wave was underestimated

On March 4, 1918, a soldier at Camp Funston, Kansas, reportedly suffered from influenza. Nobody was worried at that time. Influenza was a seasonal disease that often attacked. However, this influenza was more contagious and looked more dangerous.

At the end of the month, Camp Funston authorities reported 1,100 soldiers living there had influenza, and 38 of them died. No one had paid attention to this case yet. In fact, the virus had begun to spread to other military camps and even to the surrounding cities.

The infected soldiers also brought the virus across to World War I when they were deployed to Europe. Like straw burning in summer, outbreaks of influenza then spread in England, France, Spain, and Italy.

Historians believed that was the first wave of what was now known as the Spanish flu pandemic. "An estimated three-quarters of the French military was infected in the spring of 1918 and as many as half of British troops. Yet the first wave of the virus didn't appear to be particularly deadly with symptoms like high fever and malaise usually lasting only three days. According to limited public health data from the time, mortality rates were similar to seasonal flu," wrote Dave Roos on History.

The soldiers called it a three-day fever. Although the degree of virulence was high, this virus was considered not too deadly. A British military doctor reported that 10,313 British naval personnel contracted influenza during May and June, but only four died.

Reports from the French Army also showed the same phenomenon. In one post occupied by 1,018 soldiers, 688 were recorded as having been treated for influenza. Of the total number, 49 people were reported dead.

Entering the summer in July, both in the US and in Europe, the plague died down. An Army newsletter on the French front also claimed that the epidemic was almost over. England also preached the same thing.


However, not everyone was optimistic that the plague had passed. Paul Kupperberg wrote in The Influenza Pandemic of 1918-1919

that doctors who were concerned about eradicating the plague understood that America was not free yet from threats as long as this vicious influenza variant remained active among their troops.

That suspicion was proven true a month later. An influenza epidemic with more severe symptoms began to spread again in August.


The second wave of violence

In mid-August, several ports on the East Coast began to have troops withdrawn from Europe. According to Klupperberg's notes, there were a small number of soldiers who have returned with influenza.

What happened next was easily suspected that the Spanish flu had begun to spread again. On August 20, The New York public health authority again reported new cases of influenza infection. An increase in cases also occurred in Boston, the location of the naval base which had been transitting troops from Europe since August 27.

It was from this city that the second wave of the more deadly Spanish flu pandemic exploded. Kupperberg wrote that in just one day, 1,543 soldiers in the camp were reported ill. On September 22, almost 20 percent of the camps had influenza.

Within a few days, some doctors and nurses were victims because they worked around the clock to treat patients. They were overwhelmed, and the hospitals were forced to reject new patients. Death rates from the Spanish flu epidemic around the world skyrocketed from September to November 1918.

Roos noted that 195 thousand people died because of influenza. In addition, statistics also showed a strange phenomenon that distinguished Spanish flu from seasonal flu. In general, influenza attacked people with low immune conditions, such as children or elderly people. Contrary to this, Spanish flu actually had fatal consequences for those in the prime age of 25 to 35 years. Spanish flu symptoms also looked more virulent than the common cold.

Historian John M. Barry, based on the notes of a doctor named Roy Grist, said that the symptoms of the Spanish flu were no different from the normal flu. However, in just a few hours, an infected person experienced pneumonia. A few hours later, the patient started showing symptoms of cyanosis due to a lack of oxygen.

Barry wrote in his article in Smithsonian Magazine that the virus that caused the 1918 pandemic, besides infecting upper respiratory tract cells, also infiltrated the lungs, damaged tissue, and often caused pneumonia.

Why was the second wave of the Spanish flu pandemic more dangerous than the first? The straightforward answer was that medical science wasn't sufficient at the time of the pandemic. At that time, there was no microscope with enough technology to observe organisms as small as a virus.


Vaccine development wasn't as good as now. Roos wrote that leading medical professionals in 1918 still believed that the flu was caused by a bacterium called Pfeiffer's bacillus. Associated with the situation, the Spanish flu virus also had a mutation during transmission from human to human.

The main cause of this flu was influenza A virus subtype H1N1, a completely new influenza variant at the time. The lack of understanding of this virus and the symptoms of the disease it caused was then compounded by the wrong medication.

Doctors considered the Spanish flu not much different from seasonal flu, so they prescribed aspirin as a cure. At that time, the recommended dose of aspirin was usually 30 grams per day, a dose currently known to poison the body.

About this, the History page wrote that aspirin poisoning caused hyperventilation and pulmonary edema in the buildup of fluid in the lungs, and it was now believed that many deaths of Spanish flu patients throughout October were actually caused or accelerated by aspirin poisoning.

Beyond this medical explanation, army movements during the war and political warfare were responsible for the increase in deaths during the second wave of the pandemic. The spread of the virus from military installations to the cities adjacent to them and even beyond the sea obviously could not be released from the movement of troops during World War I.

The interest of war also made some countries reluctant to take quarantine policy. The reason was clear. Quarantine caused the production of war needs to decrease. In Britain, a government official named Arthur Newsholme refused to close ammunition factories and quarantine policies that risked weakening Britain's position in the war.

The US was equivalent to Britain. Barry's research revealed that the government even issued special laws that forbid people from inciting restrictions on the production of war needs during the pandemic. These instigators were even sentenced to 20 years in prison.

That had not been compounded by the behavior of public officials who underestimated the risks of Spanish flu. Barry wrote that throughout the country, public officials lied. Surgeon General Rupert Blue said that there was no reason to worry when residents paid attention to preventive procedures.

The New York City public health service said that the majority of people who reported influenza were not caused by the Spanish flu virus or suffering from other bronchial diseases. With such a response, it was no wonder the US had struggled to overcome the pandemic.

The government's inadvertence in responding to the pandemic was also due to the limited number of medical personnel. Young doctors and nurses under the age of 45 were mobilized by military authorities for war purposes.

Ross wrote that the lack of care was severe because thousands of nurses had been deployed to military camps and the frontline. Things got worse because the Red Cross refused to use trained African-American nurses until the worst pandemic passed.

Not only ignorant but also racist.