Fashion for female politicians not just for style 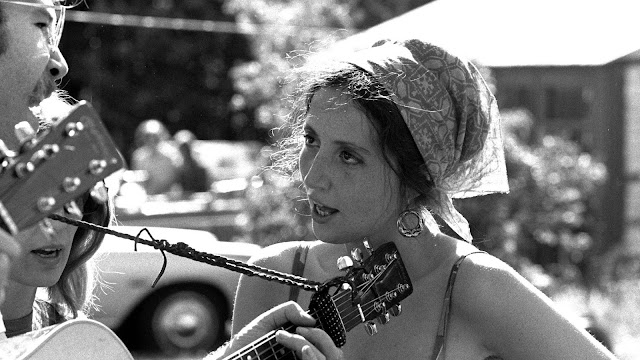 During the COVID-19 pandemic, Nancy Pelosi was not only known as the Speaker of the House of Representatives but was also seen as a fashion icon, because lately, she had always adjusted the color and motif of facial masks to suit her clothing.

On Pelosi's body, a mask was not just a piece of personal protective equipment but also an accessory that made her appearance more striking. Lifestyle magazine Elle noted that the masks were bought at a fashion boutique she had been subscribed to for decades, Donna Lewis.

The 22-dollar cotton mask was Donna Lewis's charity project. Chris Lewis told Elle that he would donate one mask to medical personnel at Johns Hopkins Hospital for every mask sold. Now, he was flooded with orders for two thousand masks after the public knew Pelosi was wearing his homemade masks. "It's the Nancy-effect. She wears it, and we sell out. The demand is crazy."

What needed to be underlined was, Pelosi's striking appearance was not merely because she was a fashion lover. She was willing to come to the boutique to choose a variety of mask motifs that matched her clothes.

The reason was, for Pelosi, her mask and fashion style as a whole was a reflection of her personal attitudes and views in her capacity as the Speaker of the House of Representatives. Vanessa Friedman, a fashion critic who consistently observed Pelosi's fashion style, argued that her appearance with a mask that she wore when highlighted by journalists conveyed the meaning that she did not underestimate the rules that required the public to wear face masks for the sake of shared health.

Pelosi wanted to prove and, at the same time, inspired the public to keep wearing masks and not be careless like fellow politicians, including Donald Trump, who did not heed the rules of mask use. "It suggests a commitment to consciously choosing a mask every single day that, more than simply demonstrating good mask habits, civic awareness, and solicitude for those around her, or even support for small businesses, demands attention," wrote Friedman in The New York Times.

According to Friedman, Pelosi always found a way to make herself more seen and heard by people "even when she isn't saying anything at all." She showed it, one of them, with a fashion style. Until now, there had been at least three main moments where she and her clothing had been the subject of fashion critics and fashion journalists.

The first example was when Pelosi wore a pantsuit when announcing that her team would start an investigation for Trump's impeachment. According to Friedman, at that time, Pelosi chose pantsuit to symbolize the spirit of the Suffragette movement that demanded women's suffrage in the United Kingdom in 1903.

The struggle of the suffragettes at that time was filled with hunger strikes, binding themselves on the railroad tracks, and destruction of buildings so that their aspirations were heard. The Suffragette movement then inspired women in other countries to carry out similar movements.


Pelosi was a politician who insisted on acting to get Trump fired. In Pelosi's eyes, Trump had violated the constitution and his oath of office as the President. For Pelosi, this step was so important that the clothes she was wearing when announcing the investigation had to be in harmony with her mind.

On January 9, Time published journalist Molly Ball's interview with Pelosi. She said to Ball, "This is the most serious initiative that I've been involved in in my career." In her writings, she said that Pelosi was the type of person who was brave enough to take risks, including her position and reputation in the political world through impeachment initiatives, ambitious, determined, and always controlling everything to small things such as seats occupied by judges.

The second example was when Pelosi delivered the oath of office as the Speaker of the House of Representatives. At that time, she was wearing a bright pink dress. "She knew it would make her stand out in what was still a room full of dark suits, and because of the symbolic nature of the occasion: a color traditionally associated with delicate femininity had become a color associated with a seat of power. That's a strategic and savvy choice," wrote Friedman.

The next example was when Pelosi wore an orange coat while attending a meeting with Trump to discuss development funding in the border region. The striking coat color and her style coming out of the meeting room invited citizen comments, one of them was Barry Jenkins, director of the film Moonlight who was also a fashion observer.

They praised Pelosi's appearance and wanted to buy the coat. But, what stole more attention than that was what she said to Trump during the meeting: Don't characterize the strength that I bring.


Do they need to look stylish?

Last year, the writer of Women of Westminster

, Rachel Reeves, tried to browse reviews about the attire of female MPs in the UK. In a column in The Guardian, she expressed concern about the behavior of past journalists who often made the clothes of female politicians a joke.

The media preferred to comment on fashion rather than the achievements made by female politicians, such as regulations on the protection of children's rights, rules on abortion, rules on income equality, maternity leave, and rules on sexual violence.

The British parliament accepted female politicians in the late 1910s, and at that time, the type of clothing chosen was a blazer and a black skirt, a white silk blouse, and a hat. Reeves told of these female politicians who were actually also confused about how to dress.

In her time, British Prime Minister Margaret Thatcher also used fashion as a symbol of strength. She chose to wear suits with a variety of motifs and colors, suits with stitches fitted to the body, and skirts, necklaces, earrings, and hair that was put up to show that women were also able to lead in areas dominated by men.

Over time, these female politicians then experimented. They used objects that were deemed appropriate to their personal character and represented their ideas. Sometimes, mocking remarks also came from fellow MPs.

In 1945, Jean Mann was said to be dressed as a bride. The words were said when they were in a meeting. In 1960, a senator had initiated a campaign to put on stilettos while at work so they could step on the feet of MPs, who sexually abused their bodies. Sexual harassment did often occur to female MPs at that time.

"The fight for equality is a battle to be seen and heard. But the price of political power has been the scrutiny, and sometimes vilification, of women's bodies and wardrobes. In part, this is intended to silence or belittle us. It has not, and will not, work–as evidenced by the determination of female MPs to challenge expectations and take the center stage of politics," continued Reeves.

At present, criticisms about the attire and appearance of MPs also still occurred. An example was what happened to Alexandria Ocasio-Cortez who was criticized because her suit did not look like a woman fighting for people's rights.

However, in this day and age, clothing was increasingly becoming a political messenger. An example was what happened to Kyrsten Sinema, the first politician who claimed to be bisexual. She attended the oath of office wearing a floral pencil skirt with sleeveless top and stilettos. Time said the style represented a queer-feminine identity.

On a group scale, fashion was also used as a tool for resistance by female MPs. An example was when lawmakers from the Democrat Party agreed to wear a black dress to support the Me Too movement and when they agreed to wear a white dress at Congress to commemorate the Suffragette movement.

Kelly Dittmar, assistant professor of political science at Rutgers University and author of A Seat at the Table

, believed that the criticism of the clothing styles of female MPs that still emerged to this day showed that women had not yet been fully accepted as government officials.

"Most of the rules for dress in Congress primarily affect women. That shows that 'This is not an institution in which the rules were written with women in mind,'" Dittmar told Vox. "Equality wouldn't mean total silence on the subject of women's clothing. It would mean both men's and women's clothing would be discussed as just one part of their self-presentation as leaders."