A virologist anticipated the Asian flu, but the government was ignorant 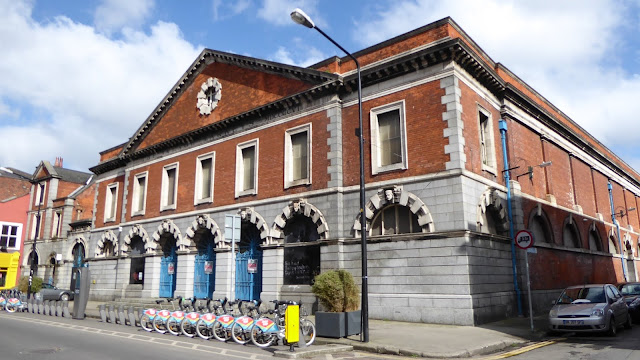 One morning, April 17, 1957, Maurice Hilleman was sitting in his office, flipping through a newspaper. His eyes then swept an article about an influenza outbreak that occurred in Hong Kong. According to the short article, at least 10 percent or 250 thousand people from a total of two million local populations had been infected with the deadly flu virus.

The atmosphere in Hong Kong at that time was really chaotic. Every day, 20 thousand people queued at the hospital to get treatment. Regardless of age, children to the elderly showed the same symptoms in the form of high fever, cough, and respiratory problems.

At that time, Hilleman was working as a virologist at the Walter Reed Army Institute of Research. Narrated by Paul Offit in Hilleman's biography entitled Vaccinated

, he predicted that the virus, which was later given the name of the Asian flu, would be endemic throughout the world. According to his calculations, the United States would also be like Hong Kong right in the first week of September if there were no precautions.

According to the records summarized in History, Asian flu was caused by influenza A virus subtype H2N2 that originated in East Asia. Asian flu was first reported in Guizhou Province in southwest China in February 1957.

The virus spread rapidly to the Middle East and Europe and arrived in the coastal cities of the United States as it entered summer.

The world of health called Hilleman the father of modern vaccines. During his lifetime, he was known to have succeeded in developing no less than 40 vaccines, including the MMR used in immunizing children. Nevertheless, he never used his own name for the vaccines he made.


Hilleman was born in Miles City, Montana, when the world was hit by a global pandemic. Along with his birth on August 30, 1919, the curve of the Spanish flu epidemic on the American continent was reaching its peak. Luckily, the virus, which infected about 60 percent of the world's population and paralyzed the economy, did not affect much the lives of his family who lived in rural areas.

In 1941, Hilleman graduated from Montana State University majoring in chemistry and microbiology. Rather than working for public health services, he was more interested in the vaccine industry. He had worked at vaccine maker E.R. Squibb & Sons before finally becoming a flu virus researcher at Walter Reed.

Hilleman was the first person in history to successfully anticipate an outbreak of a pandemic earlier. He was the only person who paid attention to the Asian flu when the virus was first reported by the media in April 1957.

One day after reading the news in the newspaper, Hilleman felt he had to do something right away. Instead of following the chain of command and all kinds of health organization protocols, he contacted his own military laboratory in Japan. In this way, he managed to get a saliva sample of a Navy member who was infected with flu in Hong Kong.

Scientific American told us that in just a few weeks since the news of the epidemic in Hong Kong rose to the surface, Hilleman and his team had started working. They worked for 14 hours a day to isolate strains of the virus that had mutated from seasonal flu.

Offit, Hilleman's biographer, in a statement published in History, said he got a lot of help from private health organizations. Through an independent information network, he found that the world community at that time no longer had an immune system to fight the Asian flu. Therefore, vaccination was needed.

Hilleman also felt he must urge the government of President Dwight D. Eisenhower and WHO to prepare for the pandemic. Hilleman also took the initiative to make vaccines in large quantities. However, working with the government, in fact, had never been easy. He had received a rejection from those who considered the Asian flu as part of a Cold War conspiracy.

According to The Washington Post report, some people at the time considered the flu virus mutation to occur as a result of a nuclear test conducted by the United States in the Pacific. Others even suspected communist groups had spread dangerous germs that made seasonal flu turn deadly.

Faster than the government

The most severe obstacle Hilleman faced turned out to be from the head of his own country. Max Skidmore, professor of political science at the University of Missouri-Kansas City, wrote in NCBI that Eisenhower was steadfast in his stance not to carry out a vaccination program in anticipation of the Asian flu pandemic.

By mid-1957, it became clear that the spread of the Asian flu would not decrease in a short time. The Encyclopædia Britannica even referred to the Asian flu as the second-worst influenza pandemic after the Spanish flu in 1919. This outbreak was estimated to have killed around one to two million people worldwide.

Realizing the danger of the Asian flu, Hilleman insisted on developing vaccines independently. He even released a written press statement to warn the public on the arrival of the Asian flu pandemic in September 1957.

In Hilleman's biography, he was said to have succeeded in convincing six companies to produce vaccines within four months before the summer break of school children ended. In order to meet the target, Offit said, Hilleman had ignored state regulations on drug production.

According to Scientific American, the flu vaccine Hilleman developed was successfully mass-produced in June. Before the Asian flu pandemic struck in September, at least 40 million doses of the vaccine had been distributed within three months.

In August, a lawyer from New York named Robert Himmelfarb sent a letter to Eisenhower. Himmelfarb said that vaccines produced by six private companies would not be enough. Two months later, the Governor of Kentucky wrote the same letter. The Governor requested that the White House dealt directly with the Asian flu pandemic, which had already claimed 80 thousand lives with more than 225 thousand cases.

According to Skidmore's notes, the pandemic was never a priority in the government at that time so that private parties such as Hilleman looked more prominent. High-ranking government officials were known to have poured in about two million dollars to ensure private companies were willing to do the work.