Winter, the Sheikh of Cambridge, a digger of traditional Islam 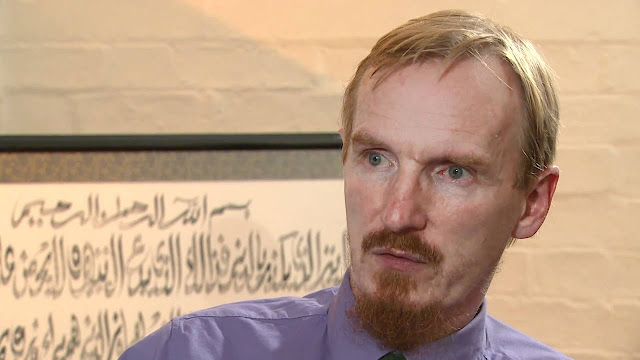 The birthday of Muhammad was enlivened by the recitation of Arabic poems, rarely using the local language. In Cambridge, England, the Prophet's birthday could be recited in three traditions: Arabic, Ottoman Turkish, and Aljamiado, Spanish in Arabic script.

Timothy Winter used to lead the reading of this Prophet's birthday and, at the same time, gathered with Muslim citizens and students in the city. The Muslim community continued to grow, and the modern, environmentally friendly Cambridge Central Mosque had been completed.

Its motto was: a British mosque for the 21st century. The city represented the traditional Islamic spirit with a more globalized view of tradition. Winter was the Sheikh of Cambridge. He not only taught Islamic history and thought at the University of Cambridge since 1996 but also, in 2009, founded Cambridge Muslim College, which was oriented toward Sufism and Sunni Islam and was more inclined to the Hanafi school of thought and theology of Maturidi.

Winter was also affiliated with Ebrahim College in London. This college had an essential role in training imams throughout Britain. Born Timothy John Winter, he graduated from Arabic studies at the University of Cambridge in 1983.

During this period of learning, Winter was acquainted with Islam. Later, he studied Islam with the traditional sheiks in Al Azhar University. In Jeddah, he had lived for three years and worked as an interpreter of business affairs while building a network with Sheikh as-Sayyid al-Habib Ahmad Mashhur Taha al-Haddad and other scholars from Hadhramaut.

Turkish and Farsi, besides Arabic, of course, were needed to examine and absorb the Ottoman cultural context. Not surprisingly, in various lectures, Winter was fluent in quoting terms and parables in the three main Muslim languages in the Middle East.

Winter's attention was not only on the topic of his dissertation. He loved Islamic tradition, especially in the intellectual and spiritual aspects, including the tradition of al-Andalus. Later, a passion for Sufism began to emerge from the native Spaniards who converted to Islam.

Winter was the same. He embraced Islam as a teenager in his search for moral guidance and psychological protection in the midst of postmodernity, post-Christianity, and various shocks of contemporary Western civilization.

Winter saw that in the 1970s, Anglicanism in Britain was no longer the first choice. He found doubts about Christian doctrine, especially when he read a collection of writings edited by English philosopher John Hick titled The Myth of God Incarnate


In Eastern Europe, especially the Balkans, Sufism still survived amid the onslaught of modernity. The presence of Sufism and other teachings of spirituality in Europe was generally accepted slowly as an oasis for a dry soul.

Not surprisingly, the presence of René Guénon and Frithjof Schuon who brought traditional perennial philosophy, or some called it neo-Sufism, was accepted by Islam in many circles to form the Sufistic Maryamiyya Order.

Many prominent Muslim figures, such as Seyyed Hossein Nasr, Martin Lings, and Michel Chodkiewicz, joined this order. The Maryamiyya Order, by attributing it to Mary, mother of Jesus, gained wide influence among Christians in the West.

Not always, this traditionalism umbrella survived. Chodkiewicz, although still a traditionalist, separated himself from Guénon's tradition. The emergence of many orientalist Sufism examiners, such as Louis Massignon, Henry Corbin, Eva de Vitray-Meyerovitch, William Chittick, and Ibn Arabi's circle of researchers, became an attraction for the development of the nuances of Sufism in the West.

Because Winter tried to marry Islamic traditionalism into modern life, he became one of the pillars of Islamic neo-traditionalism. Christopher Pooya Razavian in Modern Islamic Authority and Social Change, Volume 1

summarized the characteristics of a neo-traditionalist.

Among them was returning to the school of law, contextualization of the Sunni doctrine, the practice of spirituality based on religious texts, and understanding that the past could not be recreated today. The most important aspect of this character was the recognition of scientific scholars as an authority to interpret Islam based on an unbroken lineage to the Prophet Muhammad.

In this understanding, rationality was used in accordance with the tradition of classical Islamic scholarship to interpret Islam and modernity. But, Winter respected differences and pluralism in the Islamic tradition as shown in his scientific attitude to accommodate differences in schools.

Winter, for example, adapted the 15th-century writing of Husayn Vaiz Kashifi to his book Gleams from the Rawdat al-Shuhada'

. The inclusive attitude toward differences was consistent with the natural development of social norms in the UK.

In Muslim Subjectivities in Global Modernity


As a public intellectual, Winter was very productive in writing popular writings besides academic work. He highlighted many of the current problems that had developed in the West both in terms of Islam and in terms of understanding and trends in life.

Winter used the development of modern science creatively to strike at the ambiguity of Western civilization. One of them was about feminism through the discovery of science. For him, the universal laws of God or sharia upheld the dignity and glory of women far superior to secularism.

Materialism in secularism and capitalism measured human value through welfare and sex, which meant to deify men too much. Winter added that materialistic civilizations, in the long run, supported and respected male nature.

Islam in Winter's view was a matter of absolute justice. To support this, he used the concept of gender justice in accordance with the names of God or aspects of balance as written in The Tao of Islam

. His approach to gender issues and often through the logic of Western philosophers was not the same as what Muslim feminists thought and fought for.

As Razavian stated, Winter wanted Islamic norms about gender differences to be understood by contemporary Western society. His reasoning, based on discoveries in the fields of evolutionary biology, psychology, and so on, made his understanding of gender issues different than that of Muslim feminists. They might see him as conservative even though they were necessary to criticize him through scientific logic.

Winter actively translated traditional Sunni teachings such as the writings of al-Busiri, Ibn Hajar al-Asqalani, al-Ghazali, and al-Bayhaqi. What he did besides compiling a comprehensive Sunni curriculum at Cambridge Muslim College was the same as in traditional learning in the Islamic world.

Therefore, Winter was very critical of the anti-sectarian approach of the Salafi circles. For him, this approach was detrimental and tended to form conflicts and justify suicide bombings and terror in Islam.

As a result, Winter blamed Wahhabism as a dangerous neo-Kharijism. The right solution for him was to improve the quality of the mind and fill the heart with the virtues of Islam in the form of compassion, mutual respect, tolerance, and reconciliation.

Winter's intellectual anxiety as evident in Commentary on the Eleventh Contentions

presented the ethos of Sufism in Western society with a rich perspective. With different styles and broader influences, he further strengthened the roots of Islamic tradition in British society which had been initiated by his predecessors: Marmaduke Pickthall, Abdullah Quilliam, Gai Eaton, and Lings.

Like a tall evergreen tree with deep and strong roots, Winter was not easily swayed by certain streams of thought. He could withstand the shock of the ground and the wind and kept moral abrasion from plaguing Muslim communities in the West.

The reflection was always fresh and became a brilliant contemplative material. About the coronavirus, for example, Winter reversed the perspective of humanity toward a natural perspective. In the perspective of nature, humanity had become an infectious disease that damaged ecosystems, which made the planet begin to get sick and die.

Adam's children for Winter had become sick. They had become the Korah virus. Thus, Winter wrote to realize humanity to be more useful.