The tragedy of a royal wedding: racism and the withdrawal from the palace 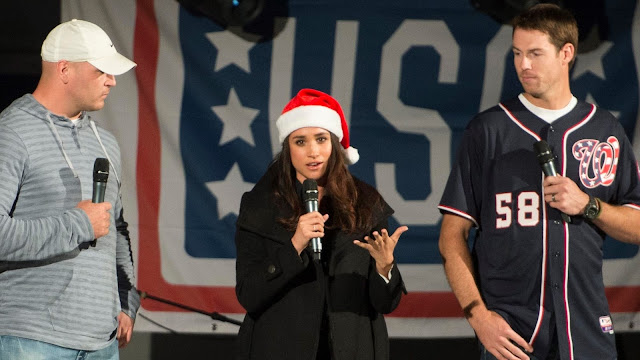 Two years ago, a fire burned Grenfell Tower, a social housing project in North Kensington, an elite district in London. The 24-story apartment was inhabited by poor immigrants from Sudan, Eritrea, and Syria.

Many residents jumped from the window of the apartment unit. Hundreds of victims were injured. Seventy others were killed. According to the BBC report, those who survived still had to wait for the completion of building renovations planned to begin in January 2020.

While waiting, some of the immigrant women who inhabited the Grenfell Tower established the Hubb Community Kitchen, a community that managed public kitchens. They cooked together to meet the food needs of fire victims.

The center of the public kitchen was located in the al-Manaar Muslim Cultural Heritage in the al-Manaar mosque complex. The construction of the mosque was funded by the British government as a form of openness to Muslims.

However, the image of al-Manaar as a moderate Muslim mosque was tarnished. According to The Wall Street Journal report, in 2005, there was an act of terror in the form of a bombing on a bus by two members of al-Manaar. Since then, the mosque was considered a hotbed of extremists.

Since the Royal wedding between Meghan, Duchess of Sussex, and Prince Harry, Duke of Sussex, was held on May 19, 2018, exactly today, two years ago, Meghan came to the mosque several times. She met with the members of the Hubb Community.

They cooked together, and Meghan published a book containing a collection of recipes that they tried at the place. The profits from the sale of books were donated to the kitchen needs of the members of the Hubb Community.

The book titled Together

was sold 400 thousand copies. Unfortunately, the British media reported it in a negative tone. The media, such as The Times, Metro, The Sun, and Daily Mail, only stressed that Meghan was doing charity work at the terrorist headquarters.

The news was included in at least three tendentious reports about Meghan Markle. In November 2016, the Daily Mail said her mother came from a slum. The Daily Mail also stated that women with exotic DNA were unworthy to accompany Harry.

In May 2019, the BBC fired its staff Danny Baker for uploading a tweet that likened Meghan and Harry's child, Archie Mountbatten-Windsor, to a baby chimp. Negative comments like that had made Harry sue The Sun and Daily Mail, two best-selling gossip media in the United Kingdom, in October 2019.

For Harry, the media should not make such tendentious news. "I have been a silent witness to her private suffering for too long. To stand back and do nothing would be contrary to everything we believe in," he wrote in an official statement published on October 1, 2019.

In the statement, Harry also mentioned the fear of recurring history. "I've seen what happens when someone I love is commoditised to the point that they are no longer treated or seen as a real person. I lost my mother and now I watch my wife falling victim to the same powerful forces," he continued.

About two months after filing a lawsuit, Harry made an official announcement that he officially resigned from his responsibilities as a member of the Royal family of the United Kingdom and the other Commonwealth realms.


Harry and Meghan wanted to be financially independent and just moved between England and Canada. Harry did not mention the reason for his resignation. But, there were allegations that racist reporting about Meghan was the main cause.


The origin of racism in England

Historically, Britain did have a racism problem. Racisms against blacks, which originated from the slave trade ended in 1807, was just one of them. Racism in many British colonies was another heartbreaking story.

Britain was even racist against white people. One of the most remembered episodes of English racism occurred in 1841. At that time, Great Britain was at the peak of prosperity with the colonies spreading out all over the world.

Race and Racism in Britain

by John Solomos said that racism began when Irish people came to England to sell their produce. At that time, the land in Ireland produced good quality foodstuffs like potatoes.

Britain was the main consumer. The Irish then routinely set foot in England every harvest season came. Gradually, many Irish people settled and worked in England because of the famine caused by the failure of the potato harvest.

However, Britons did not always be kind to the Irish people whom they considered to be inferior. Stereotypes emerged that Irish people were alcoholics and lovers of violence. In a speech in 1836, British Prime Minister Benjamin Disraeli called the Irish people wild, careless, lazy, superstitious, and unable to sympathize with the English race. Thus, Robert Blake, Baron Blake, wrote in Disraeli

A few years later, the British Empire recruited the Caribbean, Indian, and Chinese sailors. However, Solomos noted officials did not allow them to live in Britain. In the 1890s, a regulation was issued, which forbade non-English sailors from living in the country.

The government made a regulation that forced sailors to return to their countries and gave power to the state apparatus to repatriate anyone who insisted on settling. The recruitment of foreign seafarers continued until the 1910s.

Some sailors decided to live in British cities such as Cardiff, Liverpool, and Glasgow. But, their lives were not always comfortable because the British police often tried to repatriate foreign seamen. The action was finally prevented by the government on the grounds that the seamen worked for the country.

On the other hand, the regulation did not necessarily free them from racist treatment by the authorities. Solomos wrote that the three port cities were attached to stereotypes as poor areas that produced bad people who could not be united with the British people.


The increase was even many times greater than in previous years. As many as 76 percents or 78,991 victims of hate crime were included in the category of racism. It should be remembered that the number came from cases reported to the police. There were likely to be more cases not reported.

On April 15, 2019, the University of Manchester published the results of post-doctoral student research at the Centre on Dynamics of Ethnicity which said that 70 percent of non-British workers experienced racism.

As many as 60 percents of them said they did not receive fair treatment because of their race. Half of the total responses of five thousand people said that racism interfered with their performance. One of the acts of racism they experienced was verbal violence, for example, in the form of racist jokes.

Racism also made a person decided to leave the workplace or took sick leave. This racism did not only occur to permanent employees but also to casual employees. Most of the respondents chose to ignore racist acts for fear of being labeled as a troublemaker.

Sociology lecturer at the University of York Katy Sian conducted research on cases of racism on campus. In the results of research published in The Conversation, she cited data from the Higher Education Statistics Agency, which mentioned that from 17,880 professors working in the UK, only 85 were blacks, 950 Asians, and 365 came from other non-English. Data came from 2012–2013.

Sian conducted in-depth interviews with 20 junior and senior academics who worked as lecturers and researchers who graduated from universities in England after 1992. From there, she found that racism at universities in the UK was subtle so that it was often not realized.

"I've felt that I've not been included a number of times, or I am the last person to be consulted on something. Sometimes it's just so damn subtle. It's in the gestures, it's in what's not said," wrote Sian. "I don't get the support networks, I don't get the mentoring, but I get overburdened with teaching. I don't see a future where I will progress."

The British royal family was often highlighted related to the issue of racism. In 2017, Princess Michael of Kent was once considered racist when she wore a blackamoor brooch when attending a banquet to celebrate Meghan and Harry's engagement day.

Blackamoor was a decorative art that was generally in the form of a statue of a black male figure. Blackamoor had been popular since the 18th century in Europe. Over time, this work of art was considered a symbol of European colonialism toward African society.

CNN quoted the opinion of art writer Anneke Rautenbach who called blackamoor as a form of the encounter between European and Moors. Moor was a generic designation for people of North Africa who were predominantly Muslim. In the past centuries, they were brought to Europe to be enslaved. Art historian Adrienne L. Childs also referred to blackamoor as a symbol of the objectification of the body of a black man.

In 2004, Guardian correspondent Gary Younge reported to Los Angeles Times that Princess Michael had made racist remarks to black people at a dinner party in New York. She stated they must return to the colony.

Princess Michael clearly forgot the fact that many black ancestors in New York were shipped by the British to be enslaved.