The evolution of the meaning of the veil: from oppression to liberation 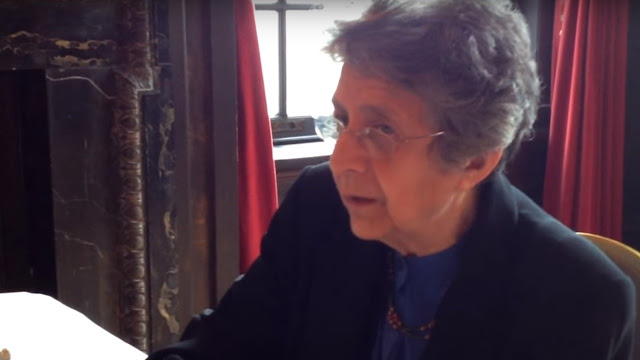 Qasim Amin, an Egyptian thinker, was considered the first male feminist in the Arab world. His book The Liberation of Women and the New Woman

questioned the emancipation of women, including his view to remove the veil as part of social transformation.

If public opinion still thought of Amin as the father of Arab feminism, female scholar and thinker Leila Ahmed argued differently. According to her, Amin was far from being a father for Arab feminism.

Amin was "the son of the Earl of Cromer and colonialism." The Earl of Cromer's real name was Evelyn Baring. He was the 1st Controller-General in Egypt during the British occupation and helped influenced Amin's opinion on women's emancipation.

Interestingly, Ahmed criticized it through reading social class. The colonial thesis was spread through the voice of the upper-middle class of native Egyptians and the voice of someone from a certain class who was economically allied with the invader and had adopted its lifestyle.

From this class perspective, the colonial opinion about women resulted in an attack on the habits of life of the lower middle class.

This criticism not only attacked Amin but, more broadly, also the practice of colonialism, including colonial feminism which was applied to fight and colonize other cultures. Ahmed referred to experiences in Egypt, India, other Muslim worlds, and Africa.

Like Edward Said's study of colonialism, Ahmed examined that the West had long viewed Islam as an enemy since the Crusades, and as a result, it had a major impact on Western bigotry and misinformation of Islam. The inferior accusations of Islam eventually became a common colonial binocular.

By analyzing colonial policies and discourse, Ahmed pointed out the biased accusations of the colonized people actually reflected the colonizing society itself. In other words, the question of patriarchal, androcentric, misogynistic culture did not always exist in Islamic or Eastern worlds but also in Europe at that time.

. This book was influential in the study of Islam and gender and was one of the mandatory references in looking at women's issues in Islam.

In 1999, Ahmed was appointed as the first professor in the study of religion and women at Harvard Divinity School. She was born and raised in Cairo then studied in England until she received her doctorate from the University of Cambridge in the 1960s.


This influential book revealed the theological and political dominance of Europe in the Islamic world from the 19th century to the 1990s. The most important part of this had been a meaningful contribution to seeing Ahmed's thoughts, including when she termed feminism as all movements that emphasized women and their subjectivity.

Related to that, Ahmed also carefully analyzed the Islamic movement regarding feminism and the liberal trend of influence from the West, especially in Egyptian society. The book explored the status of pre-Islamic women in Mesopotamia and the Mediterranean and then switched to the Islamic era.

This scope was too broad and long to be elaborated and needed to be an independent discussion, especially regarding women of pre-modern Islamic times. Today, this topic had become a favorite theme for many young scholars of the Western world.

Ahmed succeeded in expressing what was good, civilized, and progressive did not always come from Europe as discussed in the colonial thesis above. She cited the relatively enlightened Egyptian culture before the Siege of Gaza in 332 BC. This conquest brought about a new suppression of women, and the results actually became worse.

The same historical gesture could be read from the experience of the Abbasid Caliphate with its political and legal formulations making women equal as slaves and wealth. Ahmed asserted this was different from the era before the Abbasids who gave move spiritual and ethical messages to all humanity.

Then, Ahmed mentioned three groups of Sufis, Kharijites, and Qarmatians which were generally considered to be deviant but were actually progressive. Kharijites and Qarmatians, for example, refused concubinage and the marriage of a young nine-year-old girl.

The Qarmatians forbid polygamy and headscarves. Meanwhile, the Sufis opposed "official Islam" by allowing women to be held high in spiritual cultivation. As a result, one's status was determined by spiritual rather than biological achievements.

In the "official Islamic view," the legal and social vision related to sexuality and the role of women was mostly concerned with domestic matters. Ahmed called it a hierarchical structure that influenced the later Islamic culture.

The practice of veiling was certainly the spotlight. In the academic and audience space, a study of the history of the veil as a pre-Islamic culture adopted by Islam was important to be publicly disclosed. About Muhammad's life, for example, Ahmed wrote until the end of the Prophethood, women gathered freely with men. Even in the last year of Muhammad's life, they did not veil except the wives of the Prophet.

When the conquest occurred and brought about the spread of Islam, the Muslim community adopted a new culture and assimilated it into its environment. We remembered the images of orthodox Christianity and Judaism. They were all veiled.

Ahmed seemed to confirm through historical search which was the ethical vision of Islam—and this was universal—and which were cultural expressions that were particular and temporal. Perhaps, the way they dressed at that time was considered an interesting fashion, as did science from Greece, Iran, and India.


The veil as the liberation of women


Regarding the headscarf, Ahmed wrote another book that examined the revival of the headscarf movement with all its variants from the Middle East to the United States. She named it A Quiet Revolution

The veil was considered as a legacy from the oppression of women which Ahmed had long opposed in various popular seminars and writings. For her and most other Arab feminists, being asked to dress in a certain way was another type of tyranny.

But, that assumption changed when Ahmed wrote the book A Quiet Revolution

by digging a lot of women's voices that were kind of evocative ethnography. When she was a child, when the headscarves were almost non-existent in the public sphere except for women from low social classes, it influenced her old perspective on the headscarf.

Ahmed used to consider the veil as a symbol of intolerance and not the main symbol of piety. Now, she understood, for many women, the veil was a symbol of individuality and justice. In the book, she questioned her old assumptions both personal and scientific study.

The Veil of Ignorance had two meanings at once: the old view of the veil as a symbol of ignorance and Ahmed's changing outlook to emerge from the veil of ignorance about current social dynamics and development.

Seeing a hundred years of development that took place mainly in Egypt and the Arab world and life in America after September 11, Ahmed acknowledged that now the vision of social justice from Islamism was transplanted into a pluralist, democratic society.

Gender equality and justice became a common voice. The result was that Islamic feminism really grew alive. Today, many children of political Islamic activists were at the forefront of fighting for women's rights in Islam.

The emergence of prominent Muslim women figures such as Khadija Haffajee, Ingrid Mattson, and Laleh Bakhtiar made Ahmed happy about this fundamental change. The success of the quiet revolution of Sunni Islam made her optimistic about the future of Islamic feminism.

Ahmed remained critical of the forms of interpretation and chauvinistic practices of some Muslim groups and, on many occasions, was opposed to Arab nationalism which was harsh and perpetuated oppression.

Ahmed saw changes in contemporary Muslim life as common phenomena in other religions: Women commonly became Christian priests or Jewish rabbis. Veiled women were the same. It was once considered a symbol of patriarchy. Nowadays, it symbolized various meanings in the struggle for justice and equality.

This change Ahmed witnessed was nothing but a close part of her experience in traveling to America. A democratic America for many people with a variety of nationalities, religions, and cultures was a new land for freedom, including the expression of the hijab of women that influenced public space.

, she seemed to consistently fight for the voice of justice for women in the academic space and public stage.

All practices of prohibition and coercion carried out anytime and anywhere by the patriarchal power did not escape the analysis of the substance.