The actions of the CIA airline in East and Southeast Asia 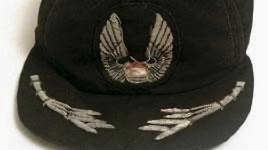 During World War II, at Franklin D. Roosevelt's command, voluntary groups were formed, consisting of pilots and technicians from the Army, the Navy, and the Marine Corps called the Flying Tigers. Throughout the war, this fleet operated around China, Burma, and India to fight the Japanese military. According to Don Moser in China-Burma-India

, the Flying Tigers knocked down more than 1,200 Japanese aircraft. However, the fleet Claire Lee Chennault led had to lose 573 aircraft.

Before leading the Flying Tigers, Chennault had been crisscrossing the air fleet. In 1937, he was in China to become an advisor to the Chinese Republican Air Force. At that time, Chiang Kai-shek was at odds with the Chinese Communist Party. And after World War II was over, Chennault returned to help Chiang who was finally pushed to Taiwan.

In mid-1946, Chennault co-founded an airline with the Curtiss C-46 Commando and Douglas C-47 Skytrain transport aircraft leftovers from World War II. According to Earle Rice in Claire Chennault

, there were former Flying Tigers volunteer members who had been recruited into the flight.

Initially, the airline called Civil Air Transport (CAT), which was based in the capital of Taiwan, had no routine domestic flight. The airline operated like an air squadron transport aircraft for military missions.

CAT worked for the interests of Chiang's Chinese nationalist forces against Mao Zedong's Chinese communists. Not only carrying troops, but they also carried refugees who did not like to live in communism on mainland China.


"We provided hope to thousands of freedom-loving war refugees by flying them to Taipei," said Felix Smith, who later became the Chairman of the CAT Association. The civil war in China then ended with the defeat of Chiang's troops which impacted on the financial condition of CAT. When the Korean War broke out, CAT was taken over by Smith. "But we had become an airline with no place to go. It was springtime, 1950. We didn't know that another war was imminent," he added.

In its development, CAT was legally a kind of state-owned enterprise, but it was actually the Central Intelligence Agency's fleet of air that supported the foreign policy in Asia, especially East Asia and Southeast Asia.

CAT finally had a regular flight schedule and secretly transported cargo for the benefit of the CIA.


From the Indochina War to Permesta

After the Korean War ended, the Indochina War erupted. CAT got a new job, which was to help France deploy paratroopers and logistical supplies in the Battle of Dien Bien Phu which was eventually won by Vietnam led by Võ Nguyên Giáp. In the operation, CAT lent six C-119 aircraft using the French Air Force emblem.


A few years later, the Vietnam War occurred. CAT was in action again by becoming an Army partner. In the Vietnam War, precisely since 1959, CAT had been reorganized as Air America operating in Laos.

In Indonesia, CAT also played. In 1958, a CAT pilot named Allen Lawrence Pope was shot down, and after landing in the water, he was found with a broken leg. Pope was, said Smith, "Sentenced to death by a Communist military court during that time, Allen stuck to the U.S. Ambassador's assertion that he was paid by local rebels. Five years later Robert Kennedy secured his release."

The war against the communists made CAT very active in Asia. Pope who was shot by the Indonesian military even claimed he was anti-communist and wanted to finish off the communists as many as he could. Meanwhile, several other CAT pilots were not as fortunate as Pope. James B. McGovern Jr. and Wallace Buford, for example, were killed at the Battle of Dien Bien Phu in May 1954.

CAT was often associated with the founding family of the Republic of China. One of Sun Yat-sen's granddaughter, Nora Sun, had become a CAT flight attendant in 1955. Allen Cates in Honor Denied

Nora later met C.W. "Connie" Seigrist and had become his wife. Connie had participated in covert operations around eastern Indonesia. He was involved in Operation Haik related to the PRRI-Permesta.

Starting from 1968, CAT was no longer operational. And in 1976, the CIA airline was deemed dispersed.