Reading books had become even more crazy since #WorkFromHome was implemented 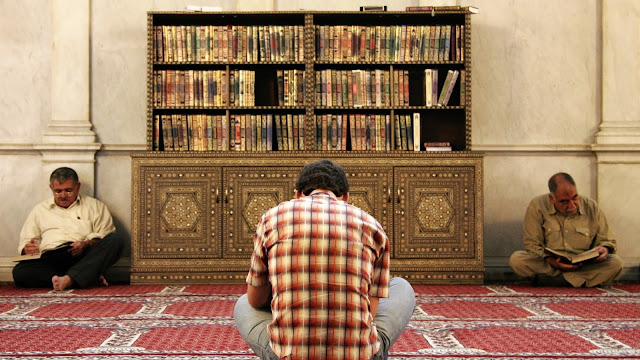 . The book described the working system of the human brain in responding to information intuitively and non-intuitively.

The book was interesting because it redefined the role of the intuitive mind that Kahneman had proven, in his previous book, was not always true. He explained the complexity of one's mind in the decision-making process in various cases.

In 2008, Alain de Botton founded The School of Life program that included book therapy. The facilitator provided book recommendations to clients to help them unravel the anxiety that was being felt, for example, when a career was hampered, a love relationship had been in turmoil and feeling of loss.


Writer Ceridwen Dovey wrote about her experience in attending the School of Life program on The New Yorker. At first, she was skeptical of the book therapy program, but the thought faded as the therapist raised a number of important questions to her such as: What was the most consuming thought? What was the family background? What was the most fearful thing?

Dovey answered all of these questions. And instead, the therapist then gave a number of recommendations of fiction and non-fiction books that were considered to be capable of helping her. She claimed the therapy was quite successful in helping her deal with the difficult times she experienced.

Dovey then sought the opinion of a number of experts and research results that discussed the effect of reading on mental conditions. She saw the results of research that explained that when someone read an adventure story, his brain waves worked like he was doing the activity. Meanwhile, fiction works, according to other research, were able to hone one's empathy.

Dovey also spoke with Keith Oatley, a professor emeritus of cognitive psychology at the University of Toronto. The professor said to Dovey that literary works could move someone and could change a person's attitude and behavior.


Oatley acknowledged that research on the relationship between mental conditions and reading books had only recently returned in less than a decade. In his study of the correlation between mental conditions and books, he also thought the stories in fiction could help one to better understand the patterns of interpersonal relationships and problems that occurred in social life.

Psychology Today cited a statement from a doctor at the University of Nottingham who said when people who were experiencing psychological disorders reading narration that contained recovery, then they would be connected and understand the recovery process that was in the story.

Professor Sara Haslam from the Open University with her two colleagues wrote in The Conversation and explained that reading and book therapy could minimize loneliness. Meanwhile, based on the investigation of Haslam et al, the practice of book therapy had been carried out since World War I.

The medical staff at that time asked patients who were mostly soldiers to read books. The originator of this method was Helen Mary Gaskell. At that time, she was practically someone who had close relations with doctors, the government, and officials in the health sector.

Therefore, the proposal could be implemented effectively. The books provided were also from Gaskell's personal library. Because this therapy was considered successful in helping the recovery process of the soldiers, similar traditions continued even though the echoes were not very audible.