Hijra and gender jihad of Wadud, female interpreter of the Quran 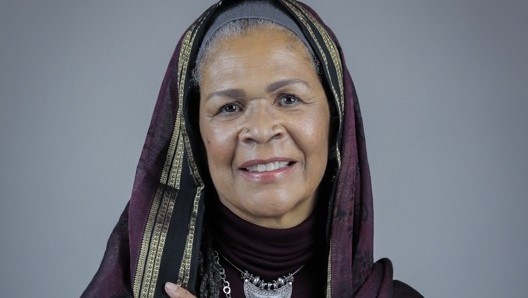 Dismantling prejudice was difficult, especially when it had been institutionalized and accepted as the norm. To dismantle it, people need double courage. For example, the classic assumption accused women of not being able to interpret The Qur'an

because they were emotional and irrational, so they were not suitable for serious work in interpreting texts.

In this view, or rather this prejudice, women were considered weak. In fact, there was no textual prohibition for women to interpret revelation. If we spanned the long history of Islamic culture, we would find many female interpreters and figures who contributed to the intellectual life of Islam.

The effects of colonialism and the deterioration of the internal Muslim community contributed to this and made it difficult for women to gain legitimacy and power in society. Suing such gender relations was certainly taboo at that time because it was still considered a sensitive issue.

But why didn't we turn to the example of a closer era? Aisha Abd al-Rahman of Egypt was a perfect example of trying to find a moral and spiritual guide to the scriptures. Another interpreter from Lebanon, Nazira Zain al-Din, at the age of 20, had written a book that criticized the inferior status of women through the interpretation of the text.

Besides Bint al-Shaṭi', in Egypt, there was Zainab al-Ghazali who wrote the Quranic commentary from the perspective of women. She was the founder of the Muslim Women's Association in Egypt who was asked to join the Muslim Brotherhood. She refused, but she obeyed Hassan al-Banna.

At least two feminist interpreters emerged at the end of the 20th century and were still active today. From Egypt, there was Heba Raouf Ezzat who was passionate about exploring the interpretation of The Qur'an

and becoming a human rights activist.

From America, Amina Wadud had been in the spotlight with her work Qur'an and Woman

. The emergence of this feminist interpretation, especially published in English, coincided with the influential works of two other feminists, Leila Ahmed and Fatema Mernissi.

immediately received widespread responses. Translations into Indonesian, Turkish, and Arabic appeared within a span of five years and other languages in the next period. Wadud became a figure whose voice echoed in the spirit of gender equality in Muslim societies.

Wadud was born Mary Teasley to an African-American family. Her father was a priest of Methodism, a denomination of Protestant Christianity. When she studied at the University of Pennsylvania, she embraced Islam.

Shortly after the conversion, Wadud lived in Libya for two years. Then, she continued her postgraduate level in Arabic and Islamic studies at the University of Michigan. During this doctoral study, she took the time to study Arabic, Quranic interpretation, and philosophy at three well-known Egyptian campuses: The American University in Cairo, Al-Azhar University, and Cairo University.


As recognized in her semi-autobiographical work Inside the Gender Jihad

, Wadud moved to become a Muslim because of the phenomenon that gripped her in the face of double oppression as an African-American woman.

Wadud was trapped in the husks of racial and sexual discrimination with the poor and without privilege. Coupled with social problems that were overwhelmed by capitalist logic and white men, she found Islam to be a new backrest that offered attention, protection, financial support, and worship to women.

This made Wadud come out of the cage of oppression and fight for justice for many people. Her position as a woman and a person of different races made another appearance of Islam. This included the identity of African-American Muslims from the days of Malcolm X to Sherman Jackson, a respected Muslim scholar.

Through Islam, Wadud found a vehicle to fight for what she emphasized as gender justice in both the West and the Muslim world. She acknowledged the process of upholding justice was not easy and not simple.

There was no strategy, method, and process similar to generic drugs. Here, Wadud also recognized the cultural relativity and context of different societies. Although, she stressed, in general, gender justice was based on the fundamental theory that Islam was fair to women and that God desired to embed women with the perfection of humanity.

As part of her gender jihad, Wadud sought something she called the hermeneutics of care to include women's analysis in reinterpreting the teachings of the scriptures. She helped open space to marry hermeneutics of The Qur'an

from a gender perspective which, when she first thought of it in the late 1980s, was something new and fresh.

Wadud took the method of interpretation that sought to explore the ethical spirit of Islamic teachings. Looking at the present, then peering into space and time when the scriptures were revealed, then returning to the present, became a model for her to build her feminist hermeneutic paradigm.

Like other Muslim feminists, Wadud sought to dismantle the fundamental discourse, which was the paradigmatic basis of Islamic and Muslim understanding. Then, she placed women centrally in the politics of discourse and social-political activism.

The method Wadud built was called the hermeneutics of monotheism. This method emphasized how the concept of the oneness of God, which was the basis of the revelation of The Qur'an

The unity of The Qur'an

seeped into various parts. Wadud argued that this holy book built a paradigm of equality for all humanity in terms of gender, class, race, or others. This monotheism paradigm emphasized that both women and men would be held to account only based on their actions, not in terms of gender.

In the Quranic language, the difference was piety, which was what Wadud wrote as the consciousness of God.

When reading the verse fragments: But men have a degree (of advantage) over them, in Sura al-Baqarah verse 228, Wadud interpreted the degree related to piety not level as in the translation of The Holy Qur'an

in English by Abdullah Yusuf Ali.

In the 1990s, the translation was widely read by people who spoke English. Moreover, according to Wadud, this verse was not a universal principle of The Qur'an

, so it needed to be read as an alternative, not taken literally.

Only by exploring other verses in their entirety, universal principles could be found. In that case, Wadud read The Qur'an

, like traditional methods of interpretation, precisely to find out which were universal, and which were particular.

Indeed, Wadud was, from the start, interested in studying the semantics of the scriptures. Her philological interest in knowing the subtlety of The Qur'an

and the depth of its interpretation of analysis made her emphasize the reading for the construction of Quranic ambiguity.

Through this excavation, Wadud sought to destabilize the reading of holy verses that were potentially misogynistic. She was like building a new theory of abrogation that negated the meaning of the verse which insulted the monotheistic paradigm with the universal principle of The Qur'an

Through the reading of other verses, Wadud understood how The Qur'an

actually built gender-inclusive references. By doing so, she ruled out language that was more inclined to favor the man along with patriarchal reasoning from the cultural environment when this holy book was revealed.

Wadud contributed to the progressive Islamic climate not only in a more equitable Quranic perspective but also in the context of fighting for the social justice she faced in her country and then striving to build international networks.

Among other progressive Muslims, it did not mean that Wadud's approach was free from criticism, for example, from South African thinker Ebrahim Moosa. She also admitted that this women's reading did not mean perfect and comprehensive although she insisted that this textual analysis needed to be sought by women and continued to be perfected rather than waiting for encouragement from others.

Wadud's role received international attention when she once led prayers for mixed worshippers of women and men in March 2005. Although she was criticized, she preferred to remain silent except when she was asked by Al Jazeera.

Perhaps, because of this courage, there was a phenomenon of female imam with its variations in the West. In Copenhagen, there was Sherin Khankan. In Berlin, there was Seyran Ateş, a woman of Kurdish-Turkish descent who became an imam at the Ibn Rushd-Goethe mosque.