Ghannouchi, a true democrat in Islamism 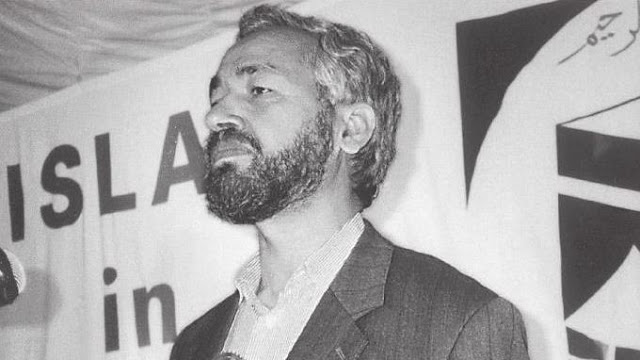 Authoritarianism had been too long in Tunisia. After Tunisian independence from France in 1956, Habib Bourguiba, the first President, ruled as a strict secular dictator. Tunisians, he said, did not need to fast because they were fighting against poverty. Muslims were free from the obligation to fast when jihading. The University of Ez-Zitouna was integrated into the secular system. But, he also enacted a law that promoted women's equality.

Both Bourguiba and Ben Ali were both close and allied with the West. There were actually aspects of pragmatism and motivation in both of them that needed to be explained at length. However, their image of secularism and authoritarianism was quite a driving force for political Islamists such as thinker and activist Rached Gannouchi to identify political opponents and gain popular support.

The political and economic crisis hit Tunisia at the end of Ben Ali's leadership. Civil resistance was intensified for 28 days after street vendor Mohamed Bouazizi set himself on fire on December 17, 2010.

The demonstration was triggered due to problems of poverty, corruption, unemployment, and the absence of political freedom. As a result, Ben Ali fell and fled to Saudi Arabia. Then, the roar of politics spread to neighboring countries and demanded political reform in many Arab countries. We called it the Arab Spring.

In a period of democratic transition, Gannouchi returned from his 22-year exile in London and compromised. The experience of imprisonment did not deter him. Returning to his country, he was hailed by thousands of people, almost the same as the return of Ruhollah Khomeini during the Iranian Revolution. The Ennahda Movement, the political party Gannouchi led, had colored democratization and was considered the most successful to date in a difficult political process.

Gannouchi's work as a political Islam activist during the initial transition was blamed carelessly by Western media. But, his history was never a lie. The Islamic Tendency Movement which he founded in 1981 stood on soft Islamism and voiced economic improvement and political pluralism and democracy.

The influence of Abul A'la Maududi's Islamism and the Muslim Brotherhood's spirit were inherent in the character education of Gannouchi's movement. This movement evolved into the Ennahda Movement.

As a thinker, Gannouchi underwent many episodes of life. Intellectually, he grew up as a supporter of Nasserism whose social project was not much different from Hassan al-Banna: elimination of feudalism and welfare distribution.


Gamal Abdel Nasser was once a member of the Muslim Brotherhood. In the 1950s and 1960s, Nasserism became a trend in the Arab world and attracted Gannouchi's attention. Besides Abdel Nasser, Algerian President Ahmed Ben Bella also poisoned Gannouchi's generation.

Gannouchi studied agriculture at Cairo University in 1964. But before long, he sniffed something wrong with Nasserism. This great vision of Arab socialism in Egypt was not as beautiful as it might be imagined.

Gannouchi then moved to Damascus and was determined to study philosophy that he liked since high school. The Damascus period gave him a lot of intellectual intakes. Intellectual debates took place between camps and between developing ideologies.

Gannouchi traveled less than a year to Europe from Syria through the Balkan countries. Continuing to study in Damascus, he devoured various writings of Muhammad Iqbal, Maududi, Sayyid Qutb, al-Banna, and Malek Bennabi, and actively attended the study of traditional religion until graduating in 1968.

Then, Gannouchi went to the Sorbonne to get a master's degree in philosophy of education and witnessed the social, political changes after the May 1968 demonstration. Together with his brother, he returned, in 1969, to Tunisia via Spain and Algeria where he met Bennabi after years of fascination with his social, historical analysis.

In Gannouchi's eyes, Bennabi was a pillar of Islamic thought and a revivalist of Ibn Khaldun's rationalism. Bennabi also influenced generations of young people in North Africa. The cultural assembly helped change the course of Gannouchi's life.

Bennabi's philosophy which strongly criticized Qutb's movement model helped guide Gannouchi's subsequent political, intellectual journey. They met many times before Bennabi died in 1973. He was Gannouchi's intellectual mentor who guided him in the thinking of contemporary Islamic politics.

This period was well recorded in Rachid Ghannouchi

When Ghannouchi was imprisoned by the Bourguiba regime in the early 1980s, he translated Bennabi's book La démocratie en Islam

from French to Arabic. This book inspired Ghannouchi to write an important book Public Freedoms in the Islamic State

In its introduction, Ghannouchi presented this book to many prisoners, not only political Islam prisoners but also prisoners of opinion and freedom in every faith and circumstance, fighters against local and global tyranny.


Ghannouchi's references were broad to Western philosophy and Islamic traditions and offered Islam for freedom everywhere. The formulation helped enliven political Islamic thought trends as written by al-Ghazali, Hassan al-Turabi, Yusuf al-Qaradawi, and Abdesslam Yassine even though with different styles.

In the midst of the broad influence of the thought of Maududi and Qutb in the formulation of anti-democratic political sovereignty, Ghannouchi offered the concept of a civil state based on Islamic principles that were neither theocratic nor secular.

This referred to the primordial human agreement as to the caliph of God on earth which, in Ghannouchi's eyes, became the main idea in Islamic civilization and the principle of Islamic political philosophy.

If Maududi's theory of democracy still smelled of theocracy, in the bundle of Ghannouchi's thought, Maududi's concept of a virtuous republic was changed to Islamic democracy. In contrast to theocracy and Western democracy, in Islamic democracy, the sovereignty of God became the basis for every citizen or people in politics and then determined the power mandate to the government.

. March traced the emphasized primordial agreement which, in Islamic democracy, was transformed into popular sovereignty which translated the caliph of God through ownership of reason, will, and freedom.

These three things were the most basic giving from God to men as His caliph. From there, Ghannouchi stated that all concepts of human rights and human welfare must move from the Western secular conception to a more Islamic direction which referred to the nature of humanity as a gift from God.

Aside from not following the Western genealogy, the concept of the universal caliphate, in Ghannouchi's thinking, was out of the mainstream of modern Islamic Salafi movement and the utopian international caliphate.

For Ghannouchi, Islam and democracy complemented each other. Only with Islam, he argued, democracy would find great energy in realizing the basic needs of humanity: material, spiritual, individual, and social.

All democratic conditions and principles were accepted with an emphasis on the constitutional theory of Islam which placed the people's sovereignty as the highest with the constitution as a common source of law.

Ghannouchi wrote about citizenship rights, including, among other things, emphasizing the aspects of freedom and egalitarianism for non-Muslims for the Islamic country he desired. Islam, here, was closer to the civil concept.

What Ghannouchi did, in March's measure, was to break out of the Maududi and Qutb traditions and rehabilitated the ideas of North African thinkers: Hayreddin Pasha, Allal al-Fassi, Bennabi, Muhammad al-Tahir ibn Ashur, and post-Qutb Egyptian thinkers, such as Mohammad Salim al-Awa and Fathi Osman.