Discrepancies in the Plandemic documentary 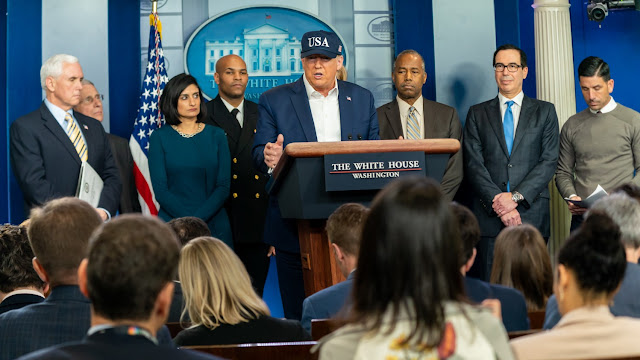 In recent times, a video titled Pandemic: The Hidden Agenda behind COVID-19 was widespread on social media this week and had been watched hundreds of thousands of times. This 26-minute video had even been deleted many times by YouTube, but it always reappeared.

This video told the alleged conspiracy about the deception carried out by scientists and politicians about the public health system and the pharmaceutical industry. This video also contained a strategy Anthony Fauci did to combat the AIDS epidemic in 1980 and Bill Gates's efforts to encourage vaccination throughout the world.

Plandemic was produced by Elevate, a production house in California that was run by Mikki Willis. He was an influencer who often uploaded conspiracy theories through his YouTube account. In a video, for example, he said that Jeffrey Epstein, a wealthy businessman who was accused of sex trafficking, did not commit suicide.

Another video by Willis, meanwhile, explained that the coronavirus was intentionally created. He had 32,9 thousand subscribers on YouTube. Plandemic itself was claimed as a documentary.

Plandemic contained an interview with Judy Mikovits, a researcher who had worked at the National Cancer Institute. She was a researcher focusing on chronic fatigue syndrome in the 2000s. Science had published her 2009 study related to the relationship between retroviruses and chronic fatigue syndrome. However, the publication was withdrawn in 2011 because some parts of the discovery were declared invalid.

In Plandemic, Mikovits filed a number of accusations against the Director of the National Institute of Allergy and Infectious Diseases (NIAID). She even wrote a book called Plague of Corruption

which underlined how Fauci sabotaged her research to cover up the true cause of cancer.

In 2011, Mikovits was fired from her position as director of research at the Whittemore Peterson Institute and was detained for two months for stealing laptops, notebooks, flash drives, and other properties.

Mikovits also accused NIAID of paying investigators for Fauci's orders to plant the stolen notebook in her home. There was no evidence to support the claim. PolitiFact, a fact-checking agency, had contacted NIAID for clarification.

An NIAID spokesperson also revealed that NIAID was focused on research, which aimed to end the COVID-19 pandemic and prevented more deaths. They were not involved in tactics involving several people who tried to thwart their efforts.

Mikovits was jailed in California on criminal charges. However, on June 11, 2012, the local prosecutor's office filed a petition to drop the charges against her. Meanwhile, in the documentary, she claimed she was detained without clear criminal sanctions.

with anti-vaccine activist Kent Heckenlively with an introduction from vaccine skepticist Robert F. Kennedy Jr. Meanwhile, on the video, Mikovits claimed she was not anti-vaccine.

In Plandemic, Mikovits delivered several claims related to the coronavirus. First, this virus was manipulated. However, the Nature article, on March 17, 2020, wrote that the genetic makeup of the novel coronavirus SARS-CoV-2 had no indication of change.

The next claim was that the coronavirus originated from SARS-CoV-1 after 10 years, and this virus was not created naturally. SARS-CoV-2 or the novel coronavirus that caused COVID-19 was indeed similar to Severe Acute Respiratory Syndrome (SARS) in several aspects. Both of these viruses could cause respiratory diseases and spread through coughing and sneezing.

However, according to The Lancet, this virus only had 79 percent genetic similarity with SARS-CoV-1 that caused SARS. The academic article also mentioned that this virus bore an 88 percent sequence identity with the SARS virus found in two bats in Zhoushan in 2018.

Then, Mikovits said that the hospital got 13 thousand dollars from the government if it said the patient died because of COVID-19. PolitiFact had examined similar claims under the heading Hospitals Get Paid More to List Patients as COVID-19.

Mikovits further conveyed that hydroxychloroquine was effective against viruses belonging to the corona family. Unfortunately, there was no strong evidence for this claim. The Centers for Disease Control and Prevention (CDC) also stated that there was no specific drug or therapy to prevent or cure COVID-19.

Current clinical management recommended by the CDC included infection prevention and intensive care such as supplemental oxygen or ventilators to help patients. A recent study conducted in New York on 1,400 patients with moderate to severe cases of COVID-19 also found that patients had no improvement in their condition after consuming hydroxychloroquine.


The next claim was that the flu vaccine increased the risk of getting COVID-19 by 36 percent. In Plandemic, Mikovits referred to a study that had not been peer-reviewed. The research was conducted on the Department of Defense personnel in the 2017–2018 period.

The research, published on ScienceDirect, proposed the theory that receiving influenza vaccines could increase the risk of exposure to other respiratory-related viruses, a phenomenon called virus interference.

From a number of points in the study, there were some things that should be noted. First, the claims on the Plandemic video did not match the claims in the study. In addition, the research Greg G. Wolff conducted was also carried out before the COVID-19 pandemic.

Second, citing factual examination by Health Feedback, Angeline Rouers, a senior researcher at the Agency for Science, Technology and Research, Singapore, highlighted the fact that the study itself stated that vaccinated personnel had no significant chance of respiratory illness. She later added that the phenomenon of virus interference itself was still controversial in the medical world.

Furthermore, Edward Belongia, an infectious disease epidemiologist at Marshfield Clinic, quoted from FactCheck.org, said that a number of studies related to virus interference showed mixed results. The two points above showed that Wolff's study in the Plandemic video could be said to have been quoted out of context.

Finally, Plandemic also presented testimonials from doctors that wearing a mask actually activated the virus and lowered the immune system. There was no evidence to support this claim.

The CDC recommended that anyone leaving the house should wear a mask because the SARS-CoV-2 incubation period was predicted to reach 14 days until the exposed person showed symptoms. This appeal was made so that those who had been infected with the virus did not have the potential to spread the virus to others.

Based on the explanation of the facts above, it could be concluded that the Plandemic video contained some information that was wrong and misleading. In addition, an interesting article from ProPublica, which contained the interview of Marshall Allen, an investigative journalist, with Mikovits and video maker Willis, deserved attention.

In the article, Mikovits acknowledged that there were some inaccuracies that she mentioned in Plandemic regarding the theft case she involved. Willis further admitted that he himself was not sure of the truth of the main claim in the Plandemic video he made.

What was the main claim? There was a global elite who designed the COVID-19 pandemic, and this pandemic was created so that they could gain wealth by producing vaccines.