Ali and what made sex legal according to God 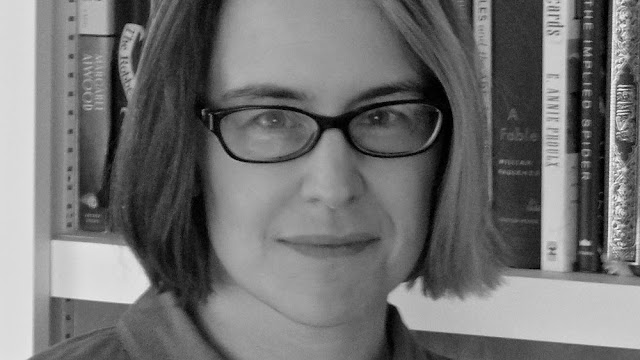 Discussing contemporary Islamic discourse and studies of Islam and gender was incomplete without mentioning Kecia Ali, professor at Boston University. In Western knowledge regimes that saw Islam through the lens of geopolitics and history, discussing the Islamic ethical system and reformulating it in current life was like stemming the tides.

Ali, following in the footsteps of Muslim feminists before, discussed many ethical issues related to gender justice. That was reasonable because she had a lot of work in the department of religion or religious studies, not the department of history or Middle Eastern studies which emphasized more on philology and historical approaches. But, it did not mean that her intellectual reflection negated the analysis of language and history, especially in the current interdisciplinary academic climate.

Ali's work was increasingly recognized within the scope of the American Academy of Religion, and she became president of the Society for the Study of Muslim Ethics. Outside the campus network, she actively defended and advocated for the poor and environmental problems.

Ali's main writings discussed a lot about Islamic gender and sexuality laws and religious biographies, especially about Muhammad and al-Shafi‘i. This time, we would see her work published in 2006: Sexual Ethics and Islam

As in The Lives of Muhammad

, which mediated between polemics in the West that cornered the Prophet and hagiography in the Muslim world that highlighted his greatness, Ali also saw similar tendencies about sexuality and gender.

In the West, Muslim women were veiled slaves confined in a harem. Meanwhile, Muslim scholars denied that image with the argument that women were more valued and safe in Islam than other religions.

In these two hostile climates, Ali wanted to reflect on her personal experience in seeing religious doctrine and secular law that seemed more neutral and fair. By reviewing the various opinions and jurists and interpreters of The Qur'an

, she would instead wish to ground that fair idea by contrasting various traditions that have been accepted and taboo to be discussed.

Women in the past of Islamic ethics were described as creatures with great lust. On this basis, al-Ghazali wrote that men must be responsible for satisfying women's sexual desires. Affirmation was more dependent on the obligations of the husband rather than the rights of the wife with the reason to avoid social disasters when the wife was not satisfied.

Al-Ghazali's opinion was common and became a reference for Muslims today to treat women. In general, as written in the classical Muslim tradition, women never felt sexually satisfied and were vulnerable to creating social chaos.


This bias assumption encouraged jurists to write far more restrictions on the presence and activities of women than men who were considered capable of self-control. Opinions from classical scholars regarding the sexual boundaries of women taken from the text of the scriptures and prophetic traditions seeped into Muslim discourse and were considered a subject.

For Ali, so that intimate relationships remained satisfied and met fair ethics, the principle of consent and mutuality must be upheld between husband and wife. These two principles certainly could not be separated from the values of equality in Western society but without having to reduce religious values.

Ali considered this very likely to be applied based on religious textual sources. But, egalitarian sexual ethics could not be built from the principle of selective logging as desired. She borrowed the art term pastiche to refer to the imitation of the past styles in making present ethics.

What we needed, Ali wrote, was a more serious consideration: what made sex legal in the eyes of God. Legitimate in her view included consent and mutuality of both parties. There was no compulsion, no bias, and must be considering the rights of individuals, especially women, in building intimacy that was part of religious teachings.

Every individual in this feminist logic had the same right to sexual happiness in marriage regardless of their choice to have children or not. Women's life experiences must be seen as 100 percent moral and perfect sexual beings.

The views and interpretations of religion that judged women as half everything were no longer relevant based on the perspective of God's justice. In the new structure of egalitarian marriage, especially in the context of modern life, Ali focused on dowry.

Slanted accusations about dowry was a means of sexual transactions. Meanwhile, positive values were expressed by many Muslim feminists and neo-traditionalists who dowry as a source of financial security for women and the husband's willingness and ability to provide for a living.

The relevance of dowry in Western life to Islamic law that was not officially binding was questionable according to pragmatic choices. Besides, there were still many who considered dowry to place men in superior positions, including divorce.

Following the classical view, dowry was widely used as the sexual legitimacy of a man to his wife in accordance with Shafiites who referred to dowry as the price of female genitalia. In fact, the practice of dowry could not make women financially independent.

As the access to work was open to women, and each husband and wife had access to divorce, the ethical function of the dowry changed.


Ali certainly did not reform the classical views at will. She referred to the modification of classical Islamic law over pre-Islamic Arabic law. So, she also needed to modify the old view. As part of contemporary thinkers, she entered into a contextualist school of translating religious sacred texts.

But rewriting fiqh in relation to women did not mean that there were no obstacles in opposing misogynist interpretation. Ali certainly understood that the interpretation of the past was built on assumptions about the dominant patriarchal culture that affected various intellectual products that emerged.

Feminist interpreters, according to Ali, should not be blinded by their commitment to equality with the assumption that this equality must be fulfilled for the sake of justice. It seemed she was making an analogy that justice could not be fulfilled only by adjusting the teachings of The Qur'an

and prophetic traditions to the values that were developing without questioning the assumptions that lay behind certain cultures that might be far from justice.

The desired gender equality was thus not merely a slogan but worked by transcending the various cultural limitations in which the interpreter lived. On the basis of her personal feminist reflection, Ali encouraged a collective reinterpretation that could be more publicly accepted.

Ali was not carried over to the utopia which was full of optimism in viewing social transformation in Muslim traditions, just as she did not romanticize past traditions. She was not interested in the selection of verses that referred to equality and eliminating other contradictions.

For Ali, this attitude was dishonest and avoided systematic testing of the structure of discourse in revelation. Her persistence in fighting for sexual ethics and gender justice in Islam was inseparable from reforms in individual and social life.

For maximum family function, ethical values needed to be applied in relation to matters of the body and sex. Ali seemed to be returning a more neutral and equal Quranic term: humans, so that the value of justice in Islam was grounded in the historical space involving the agencies of various parties.

It was no exaggeration that Ali also fought for gender justice in the academic space. In one of her most recent articles, she examined gender politics in the study of Islam in the academic world. In her study, a series of Islamic studies in the Western academic world showed racism and bias in terms of gender.

Because quotations were a valuable currency in the academic world today, in order to determine more legitimate and fair scholarship, Ali invited scholars to pay attention to various works written by women and to dialogue with arguments that women wrote.

Not only in terms of writing but also in terms of panel seminars and other scientific activities, including journal writing, women's involvement needed to be widely considered. Ali's sharp feminist criticism of various men's writings such as What Is Islam?

, the phenomenal work of Shahab Ahmed, sought to grow the knowledge ecosystem by thinking about reading and writing.

This was different from before. All were generalized as gender biases.