al-Sadr, a Shiite thinker who firmly opposed communism in Arabia 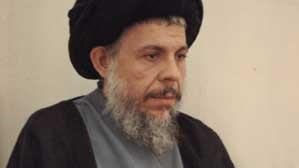 A Shiite mujtahid had the prime ability to issue legal products based on scriptures and reliable sources. But, in Shi'a, only fatwas of Marja', literally meant a source of authority, was entitled to be followed.

So, in Farsi, there was a term Marji' taqlid. Marja' was mujtahid. However, not all mujtahids were Marja'. Shi'a adherents followed the fatwas of Marja' who was still alive. Usually, Marja' was an elderly mujtahid.

This mujtahid, in the Persian and Kurdish nomenclature, was referred to as a mullah, which was also widely used for Sunni scholars.

Directly, Zaid al-Salami, a Shiite of Iraqi descent in Sydney, once explained the level of mujtahid education in the Hawza curriculum, the Shiite education academy. The process was long and not instant. It could take dozens of years, like postgraduate students at Al-Azhar University who knew no limits on the period of study.

The story of how someone became a leading mullah, especially in Iran, was cleverly revealed by Roy Mottahedeh in The Mantle of the Prophet

. al-Salami himself had experienced Hawza education in Qom. The Shiite tradition and its philosophical aspects were fully digested.

Figures like al-Salami did not only exist in Australia. In the West, there had been many Shiite refugees from Iraq since the Iran–Iraq War. The end of 1980 was the period of Saddam Hussein's fear of the rise of political Shi'a in southern Iraq, especially Najaf.

The influence of the Iranian Revolution made Saddam wary. Saddam officially became the President of Iraq in the same year as the revolution. At that time, Marja' in Iraq was held by Abu al-Qasim al-Khoei who was non-political.

But, a group of young activists ignited the flames of the Iranian Revolution. These activists were led by Muhammad Baqir al-Sadr, thinker of Hawza education reform and defender of the Islamic tradition from the onslaught of Western paradigms.


Criticism of Western philosophy and communism

Although al-Sadr did not have the same authority as his teacher al-Khoei, as an activist, he challenged the Iraqi regime. Saddam's fear caused al-Sadr and his sister Amina, who was also an activist, to be executed on April 5, 1980. After that, al-Sadr began to receive widespread attention from Western scholars and Muslims in general.


Shiites in Iraq suffered and had a lot of blood, although it had never been thoroughly revealed, in overthrowing Saddam's Ba'athist socialism regime. They had never been succeeded in carrying out a revolution like Iran and often disappeared from the world's attention.

Saddam's authoritarianism story often shut down the long history of the Shiite Arab community in Iraq which had an important role. Iraq remained relevant as a Shia center because the Battle of Karbala was there.

Throughout the 20th century, secularism in its various forms did not permit the formation of a Shiite government in several Shiite centers from Lebanon to Pakistan. In Iraq, Ba'athism, meaning revival, as an Arab nationalist ideology, became a dominant political trend to unite the Arab states under the control of a single party. Syrian Christian philosopher Michel Aflaq, who graduated from Sorbonne University, became the main thinker of this ideology and even served as Secretary-General of the Ba'ath Party in Iraq until he died.

The Iranian Revolution opened up a space of possibility, especially for young activists like al-Sadr, to revitalize Shiite institutions in politics. al-Sadr's activism, congruent with his intellectual ideas, had been formed a long time ago, not just before the important revolution.

al-Sadr came from a poor family of Shia scholars. His father Haydar died when he was little. From Kadhimiyya, he and his family moved to Najaf in 1945 and lived there until the end of his life.

In his youth, al-Sadr witnessed an intellectual feud between the gang of traditional clerics in Najaf and communist groups. These two groups formed al-Sadr's mind. Communist-socialist groups exerted influence on his attention to social issues. Meanwhile, from within the Shia tradition, he delved into Islamic religion and thought. That said, he had written since he was young, 11 years old.

Communism became a major challenge for al-Sadr, especially after the 14 July Revolution. This important moment became a trigger for him to simultaneously criticize Western materialistic views and its intellectual, cultural hegemony everywhere.

As a Muslim intellectual, he wanted to skin the philosophical foundations of the West, both the liberal and the communist. His works criticized many of these two camps of thought. A year after the communist revolution, right when he was 24, al-Sadr wrote Falsafatuna

as a direct criticism of communism, a school of materialist thought, and dialectical materialism.

According to al-Sadr, many of the weaknesses of this communist viewpoint were limping. The final truth of humanity, communist telos, was flawed. He argued that communism could not provide answers to the problems of the people because its basic assumptions were wrong.

As a Shiite mujtahid, al-Sadr's efforts in exploring the perspective of Marxism and then expressing his philosophical ideas became a remarkable example. His mastery of the foundation of Western philosophy was strong, then he returned it to the Islamic view in accordance with Mulla Sadra's philosophy.


This, for example, was obvious when he discussed the development movement. al-Sadr began with a quote from Joseph Stalin and Friedrich Engels about the superiority of dialectical materialism over nature and then criticized it through the Greek tradition. He then perfected it with the philosophy of Mulla Sadra.

At a young age, al-Sadr was a good example of presenting the Islamic system of thought in the midst of the communist bulldozers in his country and the Arab world in general. Compared to Ruhollah Khomeini, even al-Sadr's philosophical ideas spread more widely to Sunni communities around the world.

By binding and then challenging Western philosophical ideas rather than insulting them with cheap demagogy, al-Sadr received wide acceptance. Moreover, he was one of the critics of the era when the word ideology was heating up in the midst of the Cold War conflict.


Economic criticism of capitalism and communism

al-Sadr was also the first to review the doctrines of modern Islamic economics based on Islamic law. Two years after the publication of his philosophical criticism, he wrote Iqtisaduna

as a criticism of the economic theory of communism and capitalism and then introduced the Islamic theory of political economy.

Here, he sought to counteract the arguments, both those of secular and communist groups, which accused Islam of not providing a real solution to the problems of the modern economy. Islam, according to al-Sadr, was clearly very concerned about the issue of economic welfare which was also in tandem with the concept of justice.

Rodney Wilson revealed al-Sadr could be described as a microeconomist. That was revealed, for example, when al-Sadr examined the work of markets, including financial markets, and how transactions could be carried out fairly which then filled with Islamic economic doctrines.

al-Sadr's main concern was the question of moral values, and he was not eliminating everything that was explained by modern economics. He, for example, explained the universal laws of economics, such as demand and supply, and the law of diminishing returns, which was general and not specific laws of capitalism.

al-Sadr's spotlight on the issue of Islamic economics was clearly inseparable from Islamic ethics, a theme which was later explained in more detail by Pakistani economist Nawab Haider Naqvi. The contributions of al-Sadr and Naqvi had sparked the emergence of a new Adam Smith.

From his various works that showed his intellectual capacity and his efforts to become Marja', other important works could be called two. First, his contribution to the proposal of modern jurisprudence which Mottahedeh translated into English. Second, in the field of logic, he wrote Logical Foundations of Induction

In terms of logic, al-Sadr responded to Bertrand Russell to marry science and religion in accordance with the standards of modern academic philosophy. Religious knowledge, according to him, was not the antithesis of scientific knowledge.

He did not cite the Quran

and the Hadith to reveal it. Like the Christian philosopher, al-Sadr tried to defend his faith against the attacks carried out by groups of atheist scientists—say, Richard Dawkins at this time—precisely by building a comprehensive epistemology based on the analysis of inductive reasoning.

Encyclopedia knowledge of a Shiite mujtahid was indeed general. In the world of philosophy, we had never doubted many Shia scholars who were literate in intellectual traditions while trying to answer the challenges of modern philosophy.