Why don't the workers weep over the death of Margaret Thatcher? 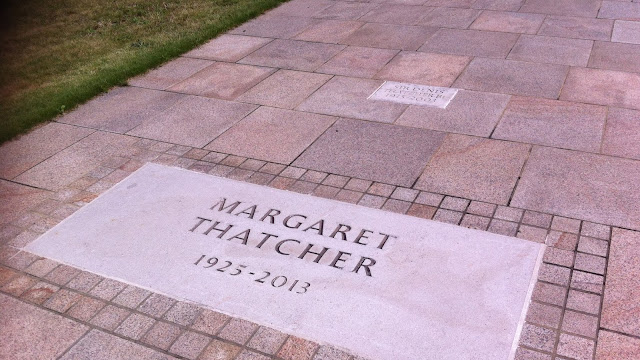 On April 8, 2013, former British Prime Minister Margaret Thatcher died of a stroke. Many were grieving. The figure dubbed "The Iron Lady" by the Soviet Union mass media was indeed legendary. She was the first British female prime minister, the British prime minister with the longest term in the twentieth century, to the first woman to lead a major party in the United Kingdom.

But not everyone was dazzled by those attributes. The workers, the group most disadvantaged in Thatcher's reign, hated her half-dead, even years after she was no longer in power. How did Thatcher versus labor dispute begin?

Margaret Hilda Thatcher was born in Lincolnshire, October 13, 1925. She was fortunate enough to live in a middle-class family. This was all thanks to the support of her father's business, Alfred Roberts, who was also a local preacher and politician.

According to John Campbell in Margaret Thatcher: The Iron Lady

, her thinking was infected by Alfred who was a classical liberal. Thatcher also grew by holding the principle of strong conservatism, which later in adulthood became her political grip.

However, before plunging into politics, young Thatcher took an interest in science. She studied chemistry at Oxford University in 1943 and graduated four years later. She then worked as a researcher in a plastic manufacturing company in Essex County.


On the sidelines of work, Thatcher diligently followed the agenda of the Conservative Party. In various forums, people see her true potential: the ability to attract the attention of the masses through the courage to argue in public debates.

Thatcher was considered to attract attention as a rare female candidate. Therefore, in the early 1950s, she swerved into politics. She started by becoming a Conservative Party candidate in the local election.

Small wins she achieved. Until in the early 1960s, she managed to sit in the British parliament. When her party's representative won the national election in 1970, Thatcher was appointed as Secretary of State for Education and Science.

Her career in the Conservative camp was boosted. Through brilliant lobbies, in 1975, she succeeded in taking the seat of the party leader. This achievement became a kind of stepping stone for her big ambition: being the occupant of 10 Downing Street.

Thatcher only took four years to become a stiff opposition to the ruling Labour Party. In the 1979 election, her party won the most votes and the position of prime minister was successfully captured.


Political scientists saw Thatcher as a good representation of modern right-wing politicians. She was considered a hero of various directions: conservative, liberal, to libertarian. On the other hand, she was the greatest enemy of the Left, especially the workers. All policies summarized in Thatcherism ideology struck workers since it was first carried out.

Thatcherism supported free markets, tight control over public spending, tax cuts, to the privatization of state enterprises. This political attitude was basically the embodiment of neoliberal ideology. Quoting the Margaret Thatcher Foundation's archives, at the 1982 Conservative Party Conference, she said, "We have done more to roll back the frontiers of socialism than any previous Conservative Government."

At another party forum, Thatcher claimed the British people had completely rejected the idea of state socialism and understood that there was no such thing as public money. There was only taxpayer money.

Thatcher believed trade unions were dangerous for both their members and society. So her government was committed to reducing the strength of the trade unions while blocking the pro-working class movement.

She accused the leadership of the trade unions of undermining the order of parliamentary democracy. She also saw that the performance of the British economy would be invulnerable if workers carried out a strike

Thatcherism also encouraged the government to cut subsidies and promote privatization. And amid growing social inequality and rising inflation, in the early 1980s, the unemployment rate in Britain skyrocketed.

In 1982, there were three million unemployed Britons. Two years after that, the total was 3,3 million. These figures last appeared in the 1930s between two world wars.

Why? Because since the beginning of the year, the economy began to stabilize, inflation fell, as did the unemployment rate. The image of her government had improved. This trick resulted in a victory for the Conservative Party so that Thatcher was re-elected for the third time.

Trade unions did not say nothing. Some of them launched a strike to reject the new rules that were not pro-workers although many of them ended in failure. The most dramatic story was, of course, the coal miners union strike that lasted from March 1984 to March 1985.

. The action was led by Arthur Scargill, the president of the National Union of Mineworkers (NUM). They rejected the government's plan to close the excavation holes because it considered "the black gold" was not a future business.

Thatcher was not mistaken. Before the 19th century when industries in Europe and America began to develop, the miners joined in profit. Coal was one of the biggest revenues for the UK. In fact, in the early 1900, coal had become 90 percent of the main energy source in the world. But entering the end of the century, the prestige of coal began to fall.

The problem was, apart from macro-economic analysis, Scargill and friends faced the risk of unemployment if Thatcher's policy continued.

The local labor organizations also joined forces to unite although their aspirations were not evenly distributed throughout Britain. This was because the NUM handed over the decision to the regional organization branch to take part in taking action or not.

Unfortunately, the NUM's long struggle ended in defeat. Thatcher refused to meet the demands of the masses. Slowly, the movements fell out, especially after the regime killed its character as the source of the country's economic losses that reached 1.5 billion pounds. It was the most bitter industrial dispute in British history. Workers could do nothing when Thatcher closed down 150 mines.


Thatcher resigned from the position of the prime minister and party leader in November 1990. The problem was that Thatcherism had taken root, especially at the head of the Conservative politicians. The post-Thatcher Conservative Government would almost certainly continue to make policies that were not pro-workers.

Margaret Thatcher was the main enemy of the labor movement. She succeeded in destroying the power of unions for almost a generation.

After Thatcher was announced dead, Orgreave residents in South Yorkshire, the site of a battle between police and coal miners who went on strike in June 1984, declared their village had been destroyed by Thatcher.

Still in South Yorkshire, precisely in the village of Goldthorpe, residents held a funeral parody by burning a statue of Thatcher in a bouquet of flowers with the word "scab." It referred to people who did not want to join the union or refuse to strike.

Street parties suddenly broke out in several big cities. People filled the streets of London, Liverpool, Brixton, Glasgow, Leeds, and Belfast. Instead of showing sad faces, they looked enthusiastic. Quoting Chris Kitchen, the General Secretary of the National Union of Mineworkers, the miners would not shed tears for her.
Humanities