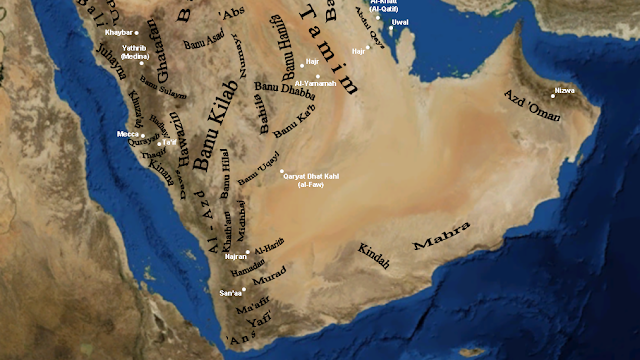 Ancient Arabic legends have a dramatic story. Once upon a time, a governor in the southern peninsula had an ambitious plan. He, a devout Christian who followed Miaphysitism, was the representative of the ruler of the Kingdom of Aksum to head up his vassal in Yemen.

The governor wanted the place of worship he built, the al-Qalis Church, Sanaa, to be the only destination for pilgrims arriving on the Arabian Peninsula. He claimed the church was the purest House of God free from pagan interference.

The main obstacle to the grand plan lay 1,000 km from Sanaa to the northwest. There, in the commercial city of Mecca, stood an ancient cube-shaped building that had been a destination for spiritual pilgrims for centuries. People knew it as the Kaaba.

Abraha, the governor's name, wanted to eliminate the rival temple so that pilgrims turned to the al-Qalis. He prepared thousands of troops to knock down the Kaaba. His troops were strengthened by several elephants—some sources say only one—to facilitate the destruction of the building. So one sunny morning, led directly by the governor, they marched toward Mecca.

Meanwhile, the roar of Abraha's army, which had been on its way for weeks, was heard by Meccans. Abd al-Muttalib, a respected man from Banu Hashim, who served as the Kaaba's caretaker, began to feel alarmed.

Abraha's intention was getting stronger. The Kaaba must be razed to the ground immediately.

Abd al-Muttalib, who was almost desperate because the inhabitants of Mecca could not possibly compete with Abraha's army, could only pray and ask the population to hide in the hills. Abd al-Muttalib prayed for the Lord of the earth and the sky. If the Kaaba was truly God's House, Abraha's army would not be able to destroy it.

Abd al-Muttalib's prayer was truly answered. The governor failed to invade the Kaaba.

The legend continues that the failure was caused by the arrival of thousands of birds which threw hot pebbles at Abraha's army. All of them, including Abraha and his elephants, died in a blister. The Kaaba survived. The birds were believed to have been sent by God to protect His House.

The people of Mecca considered the invasion of Abraha a significant event. They remembered it as the Elephant War even though the war actually never happened.  The year of Abraha's attack was known as the Year of the Elephant. It was at that time that, as all Muslims believe, the Prophet Muhammad was born.


The history of the Abraha's attack

. Ibn Ishaq was a historian who diligently collected the life stories of Muhammad from various sources, and his book was considered the first biography of the prophet.

which tells the story of God's action against the invading forces by sending birds in droves. The Life of Muhammad

later became a reference for many people, even today, to study the life history of the Prophet Muhammad.

When the study of Islam began to be occupied academically by orientalists in the late 19th century, the book was also used as one of the references to explore the early history of Islam and the life of the Prophet Muhammad.

In 1955, Alfred Guillaume, a British Islamologist, brilliantly translated the book which had the original title of Sirat Rasul Allah. Since then, The Life of Muhammad

could be studied by a wider audience. Western scholars and Islamic scientists also began to put an interpretation on the history of the Elephant War.

Gabriel Said Reynolds in The Emergence of Islam

has an interesting perspective on Abraha's story. Until his book was written, according to the University of Notre Dame professor of Islamic studies, there was no historical source from outside the Islamic tradition that mentioned Abraha's attack on Mecca. The oldest source that touched on this issue was only The Life of Muhammad

or Muslim scientists after Muhammad.

Meanwhile, historian Francis Edward Peters is more unskeptical than Reynolds in looking at Abraha's story. In Muhammad and the Origins of Islam

, Peters called Abraha's attack on Mecca was not entirely implausibly. He even quoted very long important parts of The Life of Muhammad

An interesting perspective also came from Muhammad Asad, a journalist born in Austria-Hungary who changed his name from Leopold Weiss after he converted to Islam, in The Message of the Qur'an

, a commentary book and translation of the Quran

in English. Perhaps, the interpretation is somewhat contextual with the situation these days.

For Asad, the sijjil stone referred to in Sura Al-Fil is not really a hot stone. It is a metaphor of a very sudden epidemic that God inflicted on Abraha and his army. The epidemic, according to Asad's tracking of traditional Islamic sources, was smallpox.