Malek Bennabi, a critic of orientalism long before Edward Said 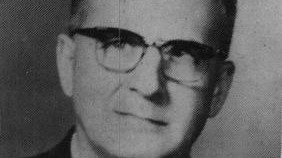 Algerian thinker Malek Bennabi was born into a religious family who was not able to send him to college in France. Failing to study, he worked hard to find a job until he was appointed as a clerk in a religious court for two years. During this time, he was influenced by Abdelhamid Ben Badis, an important Muslim reformist figure in Algeria in the first half of the 20th century.

In 1930, right on the 100th anniversary of French occupation in his country, Bennabi was able to study in Paris. He was rejected by Institut national des langues et civilisations orientales, then changed course, studying electrical engineering at a polytechnic until graduating five years later. It was during this decade that he began many activities that emphasized his spirituality and individual piety.

Toward World War II, global political situations tightened. Relations between Algeria and France also deteriorated. Bennabi's life also deteriorated. He then went to Germany to work. In that country, he wrote his first influential book entitled The Qur'anic Phenomenon

(Le phénomène coranique). This manuscript was destroyed by airstrikes, then rewritten based on memory, and published in Algeria in 1946.

The book, in accordance with its subtitle An Essay of a Theory on the Qur'an, aims to find a theory that is absorbed from the teachings of the Quran

. Bennabi talked about young Muslim scholars, especially in his country, who had to find a foreign writer with a Cartesian methodology who was skeptical of faith. The Cartesian doubt was also used to understand Islam. He criticized orientalism, before Edward Said published his famous criticism in 1979, as a threat to the historical orientation of Muslims. As a counter-discourse, Bennabi introduced comparative and multidisciplinary interpretations.

is arguably a critical critique of pithy modernity. This work presents an opinion with the latest argument that reason and science are not the antitheses of religion and revelation.


Bruce Lawrence, a religious historian from Duke University, in a paper titled The Islamist Appeal to Quranic Authority, argued that The Qur'anic Phenomenon

was work with an inclusive goal. French writing at that time was able to reach a more diverse audience in accordance with Bennabi's own statement that his work was aimed at all people and all human races. He, for example, studied the story of Joseph in verse by verse in accordance with the Old Testament

In other topics emanating from his thoughts, Bennabi praised the virtues of rational intellect which, he said, were in accordance with spirituality. Two sides of one coin were achieved. He built Muslim awareness and invited them to the discourse of religious revival based on the reflection of the scriptures. On the other hand, he targeted non-Muslim readers who had the good faith to better understand Islam through the basis of its teachings.

In general, The Qur'anic Phenomenon presents a philosophical and methodological foundation for the works he later wrote.


Colonialism as a consequence

In France and Algeria, Bennabi then began his career as a writer with a not-always-lucky fate. In the period of 1948-1955, he actively wrote books that skyrocketed his name. Some of them are books of cultural renaissance entitled Les conditions de la renaissance

Bennabi's main thoughts revolve around human civilization in general and Islamic civilization in particular. Ben Badis's reform became the background for why he submitted a thesis on the renaissance for his country. At the very least, the influential classical intellectual of North Africa Ibn Khaldun, accompanied by Friedrich Nietzsche's philosophy and Arnold Toynbee's historical works, became a guide for him in reading the reality of Muslim culture and sociology.

One of his biggest contributions is a matter of the dynamics of human culture. The main context is the history of the decline of Muslims in North Africa in the period of, which he called, post-Almohadism. He considered this period to be a period of decline and division after a dynamic era of medieval times. Like the doctor who diagnosed the disease and proposed the medicine at the same time, Bennabi traced the socio-political illness that occurred and proposed the theorem about the renaissance so that the Muslim community was not physically and mentally colonized.

The conditions of progress must be achieved so that the situations that allow a vulnerable population to be colonized do not occur, which he summarized in terms of colonizable. This situation makes people or communities dominated by other people or other nations. He, therefore, regarded European colonialism as a consequence, rather than as a cause, of the internal conditions and structure of Muslim societies.

Against this background, Bennabi proposed new sociology to refresh the concept of culture as a mode of manifesting and becoming a dynamic human being. The ultimate goal is, for Muslims, to be able to carry out radical transformations as social creatures and re-establish social relations among Muslims. Here, Bennabi entered into the core of culture to integrate the main factors of civilization: humanity, land, and time.

Bennabi moved to Cairo when the Algerian War took place and continued his intellectual career until 1962. From here, he witnessed the passion of the Bandung Conference that was vibrant in Cairo. On the sponsorship of the Egyptian government in 1956, he published a book that people rarely saw entitled L'Afro-asiatisme in Arabic and French.

The treatise was a warm response to Bandung's solidarity which became a passion for liberation throughout Asia and Africa and contributed to Algeria's independence in 1962. He continued his thesis on the change and transformation of Muslim societies and the Third World.

The main thing is how the transformation is seen through culture as living blood for human organisms for the survival of the present and the future. L'Afro-asiatisme, therefore, is important to be seen as part of mental decolonization. Because of this thinking, he was invited by many intellectual circles in Syria, Lebanon, and India.

When Algeria officially became independent, and Ahmed Ben Bella became president, Bennabi was asked to return to his country to build a cultural center oriented to character- and nation-building. Perhaps, Bennabi's L'Afro-asiatisme helped encourage the Algerian government to hold the second Asian-African Conference in 1965. But a week before it was held, the conference failed because Houari Boumédiène seized power in a bloodless coup. Sukarno who was expected to be a special guest doubted this and was suspicious of Boumédiène whether the colonel was a neo-colonialist or a CIA henchman.

In 1969, Bennabi joined the Pan-African Cultural Festival which gave him the latest thought intake. The audience, especially the youth, was fascinated by his ideas. Because of the slow bureaucracy when he headed the cultural orientation project, Bennabi made his home a cultural salon, an assembly that galvanized many students to become political activists and critics. Culture and civilization were common themes in the assembly.