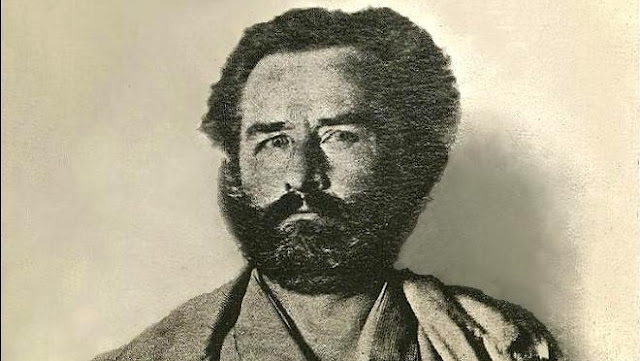 Franz Wilhelm Junghuhn spent his youth studying medicine in Halle and Berlin. Even so, his love for the botanical world had been deeply planted in him. He was depressed while studying in the medical department.

Once, when he returned to his parents' house in Mansfeld in 1830, he tried to commit suicide due to depression, wrote E. M. Beekman in Fugitive Dreams

A year later, Junghuhn, who was increasingly educated and was only 22 years old, decided to join the Prussian Army as a surgeon.

New problems then arose. In 1831, he was found dueling with a student from Switzerland. Junghuhn suffered many injuries. Because the duel was prohibited by Prussian law, then at the end of 1831, Junghuhn was arrested. He was sentenced to ten years in prison. He had been in Ehrenbreitstein Fortress since early 1832.

He did not want to be frustrated in prison and escaped in mid-September 1833. He walked from Koblenz to Southern France. According to The Role of Religions in the European Perception of Insular and Mainland Southeast Asia

, he briefly explored the plant world in France. Then, according to E. M. Beekman, he joined the French Foreign Legion.


Like other legionnaires, he wanted a new life. According to The Role of Religions

, in his new service, he became a health worker, the world he worked in as a student.

However, his career did not go as expected. After six months in North Africa, he was declared unfit for duty in the hot regions and returned to France, wrote E. M. Beekman.

Then, he met Dutch botanist Christiaan Hendrik Persoon. According to J. P. Poley in Eroïca

, it was this person who recommended Junghuhn to be a military physician in the Royal Netherlands East Indies Army.

He finally left Europe in the summer of 1835. Junghuhn arrived in Batavia, Dutch East Indies, in October 1835. This time, he really found a new life. He was once a military medical officer in Batavia and Semarang.

According to Poley, he climbed several mountains around Yogyakarta, Semarang, Bandung, and Bogor. It was during these hikes that he observed many tropical plants in the mountains. What might be very important and remembered was his journey and observation of Kawah Putih on Mount Patuha. Junghuhn is considered the inventor of the crater.


In 1838, he had already traveled around Java. Aside from Java, he also explored Sumatra, not only Padang but also the Batak inland. There, he had learned various things in 1840 for 1.5 years.

Junghuhn reported that he faced resistance from the Batak people, just like other westerners. Even so, he still considered Batak people were friendly.

Before arriving there, the area around Padang and part of the Batak land became a concentration of the Padris led by Tuanku Imam Bonjol. Junghuhn estimated that 200 thousand Bataks were killed in the conflict.

In 1842, after exploring Padang and the Batak land, Junghuhn returned to Batavia, the capital of the Dutch East Indies. He was employed in the topographic measurements of West Java and East Java.

According to Poley, In May 1845, Governor-General Jan Jacob Rochussen included Junghuhn as a member of the Natuurkundige Commissie field team. In the commission, Junghuhn increasingly focused his interest in the botanical world.


In 1848, he returned to Europe. In Leiden, he began working with various notes, drawings, and samples to complete his magnum opus Java, zijne gedaante, zijn plantentooi en inwendige bouw

, which was 2,600-page-thick in three parts and four volumes in 1852. The following year, the great work was published in The Hague. For his work, on August 31, 1853, he received Dutch citizenship.

During his time in the Netherlands, he married Johanna Louisa Frederica Koch. The woman and her family provided a home for him in 1850. However, despite being married, he still wanted to return to Java. His love for Java did not fade.

In August 1855, Junghuhn returned to Java as supervisor and advisor of natural science research, wrote Poley.

In 1856, he promoted quinine. Regarding this plant, according to Denys Lombard in Le carrefour javanais

, quinine trees, which originated from the American continent, first entered Indonesia due to Justus Carl Hasskarl's share in 1854. However, according to Lombard, the adjustment to the climate carried out in Cibodas and the construction of its first plantation in Pengalengan were under the supervision of Junghuhn.

In 1865, after Junghuhn's death, an Englishman named Charles Ledger brought a more effective new quinine species to West Java. From there, finally, Java became the largest producer of quinine in the world. Quinine is then processed as a malaria medicine.


Junghuhn and his family lived in a place that he liked, Lembang, where his son was born. In 1861, he wanted to do another tour around Java. However, his enthusiasm and persistence had been lost. After that, the last years of his life were spent in Lembang.

According to Poley, Junghuhn had a severe amoeba attack and died on April 24, 1865. The last view before he died was Tangkuban Perahu which he loved.