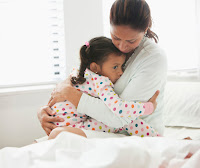 In family environment, emotion can be spat and impress very deep. House is like miniature world because you can find the force that shapes personality and feelings.

It'd determine the quality and quantity of relationship between children and their peer groups, and eventually with adults close to them or their future intimate partners.

Although over the years of schooling, children ain't so fixed in the house, your influence in this period remains large. House is where you form various rules, ideas and values children would apply to face the life and the people.

Here's a brief overview of family form where children tend to have negative behavioral traits.

In this family, openly or secretly, you do various acts that violate the norm and interest of community. In this family, children can learn or mimic dishonest, fraudulent actions and a variety of ungood behavior and attitude you do.

In chaotic family, children tend to be susceptible to a variety of psychological disorder. Here, your strange act and abnormal personality can make a house constantly be emotional upheaval.

This family type ain't able to deal with various problems of your life due to lack of resource. You can't give the sense of security and peace children need. In addition, you're also not able to guide and provide support for children to develop necessary skill to be successful in life.

This family is usually formed due to the death of your spouse, divorce, separation, or other reasons. This family children suffer because of the feeling of insecurity and rejection complex.

In family where the relationship between parents is very tenuous, you tend to satisfy your need for love by indulging your son, especially the eldest. You use your son as a tool to induce resentment to your husband. Consequently, hostility arises between your husband and your son. Your son would openly blame his father as a culprit of various family problems that occur. The critical point occurs when you're very depressed, lose control and turn to blame your son as a source of problem.

If you suffer from mental illness, and the disorder of the disease has reached the stage where members of your family barely have enough to live with you, in this case, your husband tries to get away from home, looking for another source of pleasure. Consequently, his presence in the house feels shorter.

Having less attention, you usually transfer the care of children to your mother or another woman. In this situation, children will develop and show their love for the caregiver or to your husband.

If for some reason, your husband ain't long at home in the early years, children can think as a form of emotional rejection. It gives rise to discomfort and interferes with children which are, by your husband, translated as bad behavior. This attitude often causes quarrels with you that could end up with your turn to blame children for the sake of family unity. The threat to sending children to boarding or orphanage generates backlashes in the form of hostility. Children will be seeking outlets by doing acting, running away and stealing at home. Oftenly, this situation is caused by the anxious, hostile personality of your husband but can also rise among families where the parents are very firmly in holding the principle and too serious in responding children that lie or commit other minor offenses.

In some cases, because of illness, inability to working or unbalanced behavior, or providing less support in managing households, your husband puts unreasonable, excessive burdens to you. As a result, you have a combination of mental and physical stresses due to the labor beyond the limit and the inability to taking family care. Eventually, you're easily irritated and depressed, a stage where you're no longer able to survive. In this circumstance, you'd react violently toward all disturbing or annoying. You can express your dislikes to children, even if only for a moment.

In some families, children like your mother more than you because she protects them from your tough stance that wants to instill disciplines. Grandma is considered by children as a symbol of goodness and all fun. Children refuse you because you're the one who doesn't comply with the wishes, demands them to comply the rules and punishes them. Then, when grandma or others that carry maternal figures no longer exists, it's not easy for children to change the attitude toward you. In such situation, if you're not able to enforce disciplines, there's a possibility that you let yourself be dictated by children in order to reclaim the affections.