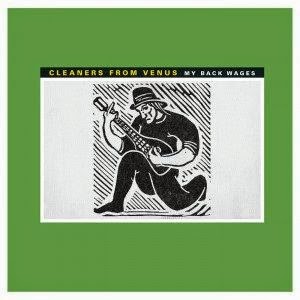 Ideally, you're paid according to a dripped sweat while working. However, aligning the sweat running with dollars is clearly not easy.

As a result, what given in the company version can mean all sorts by you. If you feel less, how to ask for an additional?

There're many external factors that predispose you to reconsider the salary you've received. The main one is the increase in the price that suffocates your bag.

In addition, word of mouth gets your ears that in other companies, with the same rank as yours, it turns out, the salary is three times bigger, for example.

Meanwhile, internal factors are such wanting to appreciate reflected by the rising salaries.

However, before asking for a raise, you'd check out the company's financial condition. If the company is heading for bankruptcy, don't ask for a raise. Most importantly, look at yourself if you already deserve a raise.

The suitability can be calculated from manhour and salary per month. You can bring a track record of accomplishments in support of your request. From there, it can be seen if you cherish too high or otherwise, deserve a higher salary.

Just like going to war, the result of a request for a raise, of course, varies. You can be lost or win. If the request is rejected, it'd be understood with a positive attitude. Perhaps, the company ain't been possible to raise your salary, or performance in question is still mediocre, not to exceed the target.

Conversely, if the request is approved, you'll promise to a minimum to maintain achievements. If it's possible, you can improve the performance, so that later, you could exceed the agreed targets. However, the company won't remain silent against your outstanding achievements.

There're tips and tricks, so without demanding and submitting a proposal for a raise, you're still considered by your superior.

2. Grow a personal positive side.

3. Don't break the rules of the company.

4. Take advantage of the hours of work as effective as possible.

5. Create achievement as much as possible.

7. Avoid personal conflicts with anyone.

8. Cultivate the spirit of competition in contributing to the company.

9. Rate yourself fairly in accordance with the abilities, backgrounds, and your achievements.

You're ready to go into the room?

I Pay Your Wages!