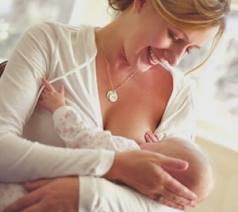 Your nutritional needs with special conditions, such as pregnancy and lactation, are certainly different from the usual. However, you'd note also amount, type, and schedule, as well as additional special nutrients especially needed for pregnant women.

To prepare for a healthy pregnancy, you may wanna avoid overweight or underweight, alcohol, cigarettes, drugs, and polluted environment.

Your caloric needs are different in each stage of pregnancy. In the first trimester, you'd increase as much as 180 kilocalories while in the second and third are 300. Obviously, it's with a balanced nutrient composition, such as the addition of protein as much as 17 grams per day, omega-3 fats as a source of docosahexaenoic acids (DHA), fiber intake to preventing constipation and hemorrhoids, as well as vitamins and minerals, and of course, the eight glasses of water.

Specific nutrients you need when pregnant are iron, calcium, and folic acid. Iron deficiency causes anemia where your hemoglobin is less than 11 grams per deciliter. It results lightweight, bleeding, miscarriage, and complications of pregnancy, labor, childbirth, and postpartum depression.

Meanwhile, your fetus will be born light, premature, anemic, and having complications after birth including failure to thriving and low intelligence.

Iron in the body is useful for transporting oxygen. In the body, it's bound to red blood cells and muscle protein. Iron can be found in foods, such as chicken liver, red meat, shellfish, tuna, or soy and spinach.

Meanwhile, folic acid, one of vitamin B, when you're pregnant, functions as a deoxyribonucleic acid synthesizer, to divide and grow normal cells, as well in production of red blood and preventing anemia.

Food sources of folic acid are, for example, spinach, broccoli, asparagus, red beans, and oranges. The risk of folic acid deficiency is spina bifida, the spine that grows abnormally.

When you're pregnant, calcium is needed for the formation of bones and teeth. Food sources of calcium are including milk, cheese, fish, broccoli, beans, or calcium carbonate, as well as getting enough vitamin D from sunlight.

In the third trimester, when fetal bones begin to calcify, per day, you'll transfer as much as 300 milligrams of calcium. For that, your calcium needs must be met, otherwise the fetus will take reserves from you.

Meanwhile, omega-3 fatty acids, particularly DHA, function in the growth and development of the nervous system, including the brain, and retina and visual.

Every day, when you're nursing, you'll produce approximately 750 cubic centimeters of milk. So, in the first six months, you need additional 500 kilocalories while the second is as much as 550.

The composition of balanced nutrition you must meet is increasing carbohydrates to replace the glucose used to make lactose in the milk. adding as much as 17 grams of protein per day, sufficing fluids, consuming fruit and vegetable as a source of fiber, vitamins and minerals, as well as of omega-3.

When you're nursing, you'd avoid alcohol, cigarettes, drugs, strong spices that can change the taste of the milk, contaminated food, allergens, such as milk, egg, fish, and nuts, and coffee that can make your baby become too sensitive and awake, and absorb iron from the milk.

When nutrition during pregnancy and lactation is attended, soon will the next healthy and intelligent generation be created.

Into the Mouths of Babes