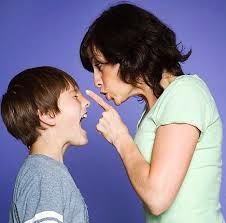 Most of you are raising and educating your children naturally and instinctively, adapting your grandparents' legacy plus collecting here and there.

In fact, this way is often less effective, even risky.

Most of you believe, adolescence is a time of great upheaval. Such behavior, it's said, could be considered normal because it's inevitable.

So, it's natural that your teens do the same because they're desperate to uphold the freedom of self, so that they tend to rebel against you.

Your teens are actually never rebelling against you. What actually happens, they're just protesting you how to educate which is good according to you but not to your children. You tend to use ways only winning yourself, not your children.

Generally, you tend to usurp the role as a ruler, controller, and decision coercer of each issue, no matter your children's problem though. Almost every occasion, your children are placed as puppets without the right to defend their opinion.

You, at least, are trying to avoid being grazed of a dozen of the following abstinence:

So, what should you say if there're so many bans?

Actually, you can talk anything as long as not hitting a dozen signs in the above barriers to communication. In communication skills, how to respond to these safe responses is called active listening.

The key is, you'd be neutral, either your words, thoughts, or actions, not interruptions or prohibiting your children through body language. Best of all is, you'd not interfere your children's thoughts, feelings, ideas, and problems.

However, you're still required to empathize with your children to understand their feelings and put yourself in their positions. With this kind of attitude, your children will feel, you don't leave.

Hopefully, you're not necessarily desperate to be parents with the many bans.

My Baby Rides the Short Bus

Is This a Phase?

The Children's Book of Virtues

Connecting with Our Children